Blog Tour: The Witch of Luna Hill by Neel Kay - Interview and Giveaway

Today we're joining THE WITCH OF LUNA HILL blog tour by chatting with author Neel Kay. Come learn more about Neel and her witchy book. Be sure to keep reading to the end of the post and enter the Rafflecopter for some great prizes.

Welcome to We Do Write, Neel. Tell us a bit about yourself.
Um, well, I’m from , mid-thirties (-ish), living near the Danish-German border, married, have two children (boy and girl), introvert, a bit of a closet hermit.

How long have you been writing?
Forever! I have been making up stories since I was a kid. I was 16 when I sent off my first manuscript to be evaluated. Most embarrassing manuscript ever – it wasn’t published either. I like to think I’ve learned a thing or two about writing since then.

Tell us about THE WITCH OF LUNA HILL. What’s the story about? 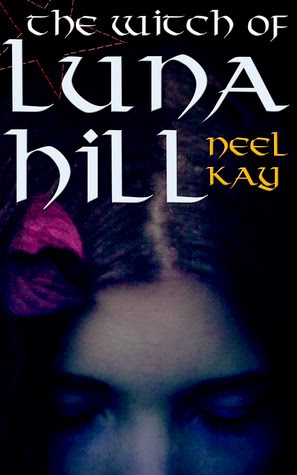 The Witch of Luna Hill is a fantasy series about a good witch, a bad witch, people with supernatural powers, some mythological creatures, and even a few ordinary people without any special powers, but with courage, nerve and heart.

In the country of Bragimark, there’s a war brought on by the vicious Vithar supported by an evil witch. Whereas Vithar holds a personal grudge against people with supernatural powers and want to kill them all, Parmona the witch is very much interested in those powers to become almighty and invincible.

Merian and Aia, two very different young women from just as different walks of life, happen to cross paths, and suddenly they find themselves travelling south together with Birk, Merian’s flirty friend from school; Merian to go back to her broken home, where she’s always reminded of her father’s death, her brother’s betrayal, her mother’s frailty, and not to mention the friend she lost in a devastating battle, and Aia to deliver an important weapon to the resistance, and maybe come out of the fog of amnesia she’s been in since she was stabbed and almost drowned a year ago.

Wow, that's quite a story. How did the idea of the story come to you?
It actually started out as an idea for a children’s story, about a girl who mowed the lawn in front of a haunted castle. The final story has absolutely nothing to do with that, but that is how it started out. There are still ghosts in the story, though. I actually don’t remember what initially sparked off the idea.

Do you have a critique group/partner or beta readers, or do you self-edit?
I have an old school friend who has read practically everything I’ve ever written. I’ve tossed it in her head, and she’s gladly read it, and brought me feedback. And now I’ve even landed on her favorite shelf of fantasy and magic.

Are you a plotter or a pantser?
Can you be someone in between? I spend a lot of time planning my story before I start writing. I jot down ideas in one of my many (usually) black notebooks months in advance. Write down plot ideas, characterizations, ideas for scenes and dialogue. But then when I do start writing, I don’t always know exactly what is going to happen. I have a general idea, yes, but sometimes my characters surprise me. Sometimes they go in other directions than the ones I had intended for them. And sometimes an idea that sounded good in theory just doesn’t come naturally to the flow of the story, and it’ll be cut. So, I guess I’m a – plontser? Plantser?

What’s the hardest part of writing for you?
I think it’s remembering what ideas I went with and which were cut. It’s a big puzzle writing a story; all the pieces have to fit, and sometimes it’s difficult to see the general overview, because once in the beginning certain pieces fitted the puzzle, but later it turned out that they didn’t anyway, and you have to remember that – you have to remember which pieces got to stay and which didn’t, and that can be really difficult, because the pieces are still there in the box – once a part of the story. Does that make sense?

Sure does! What do you absolutely have to have nearby when writing?
When I write, I need my notebooks nearby. And coffee and music.
What are you reading right now?
I’ve just finished reading ”Insurgent” by Veronica Roth. So, once I pull myself together and buy ”Allegiant”, that might be the next I’ll read. Although, I’ve read spoilers, and I’m not sure I want that to happen…!

If you could have any super power, what would it be?
Is it a superpower to be able to read people’s minds? I’d love to be able to do that. But only when I wanted to. It would be a power that I could turn on at my convenience.
What's the weirdest thing you've googled?
Must be ’Medieval torture instruments’.

Here’s the part where you thank the people who are supporting you. Let's hear your shout outs.
Henriette, my biggest fan(!) and beta reader, René, my husband who’s a wiz with Photoshop, Randi, my sister, who shoots pretty young girls for me (photography-wise), my mum and dad, who always support me, Vince, who is a grammar-Nazi and proofreads my stuff, and the book bloggers and other indie authors out there - thanks for all the retweets, guest posts and reviews. You’re all rock stars!

Now she lives her monotone life by the edge of the Great Forest in which she works hard day in and day out. Up there in Northland beyond the mountains, the war against supernatural beings, humans with strange abilities and all who side with them isn’t quite as visible as in the rest of Bragimark.

But when she meets Merian Storm, a privileged student trying to escape her dysfunctional family and the memory of the man she loved, Aia is jerked out of her comfort zone and thrown into a journey across the haunted mountains in search of her past.

When entering Merian’s war-torn home in the south, Aia’s role in the war becomes significant and so does her presence in the lives of the Storm family and vice versa – especially Merian’s rogue brother.

Neel Kay lives with her husband and two kids in rural surroundings in the south of Denmark, not far from the German border. She’s a trained milliner, studied English at university, and now works a day job as a web editor. But she’s been writing always.

Love coffee, scarves and sea views. Oh, and butt-kicking heroines who know how to swing a sword and aren’t afraid to get a little dirty. 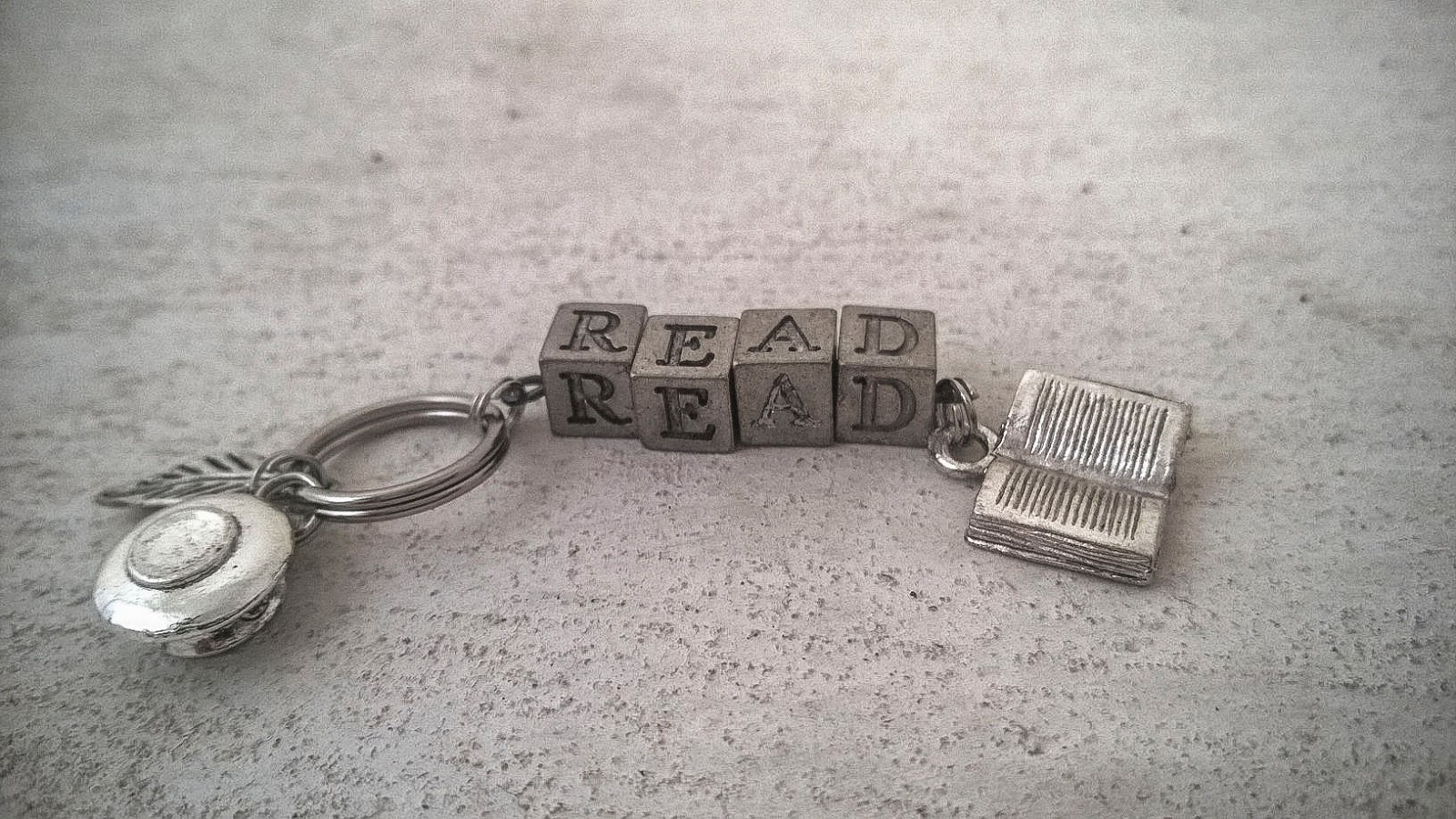 Posted by Dorothy Dreyer at 8:12 am
Email ThisBlogThis!Share to TwitterShare to FacebookShare to Pinterest
Labels: blog tour, interview, Neel Kay, The Witch of Luna Hill, YA Paranormal

The superpowers question is always fun. I think mind reading could be great or awful. Even if you could turn it off, I'd always want to know wait people are thinking and likely become a sinister old sad lady baha.

Ooh, Giselle, you raise a good point about curiosity and misuse. Reading people's minds wouldn't be mine. I keep thinking I'd go for the Mary Poppins package. It comes with snapping your fingers and having your room clean itself. Enough said.