Today we're joining the Pretty Dark Sacrifice tour by indulging in a guest post with author Heather L. Reid. Don't forget to enter the rafflecopter at the end of the post! First, a little more about the book, which is the sequel to Pretty Dark Nothing. 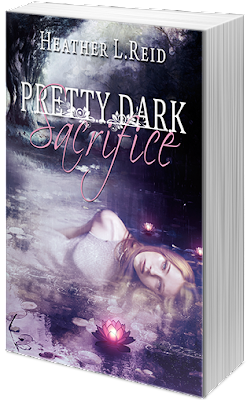 It’s been five weeks, two days, and eight hours since the demons forced Quinn to throw herself into the raging river, since Aaron sacrificed himself to save her, since his body disappeared without a trace.

Everyone wants Quinn to move on, but she can’t, not after a spirit appears to her at Aaron's memorial, convincing her he’s still alive.

When a mysterious box materializes on the very spot Aaron disappeared, Quinn finds she’s at the center of an ancient prophesy of betrayal, revenge, and sacrifice that takes her to the depths of the underworld to face Lilith—Adam’s first wife.

If Quinn can stop Lilith from unleashing the demon horde Eve, trapped inside the box during the Battle of Eden millennia ago, she will save the human realm and free Aaron from an eternity in torment.

All it will cost is her blood.


by Heather L. Reid
I’m not afraid to admit it. I’m addicted to Spotify. Before I sit down to write for the day, my headphones are on and my playlist is up. That’s why I was so excited when asked to share my playlist with all of you. Music played a huge part in writing both PRETTY DARK NOTHING and the sequel PRETTY DARK SACRIFICE. Some songs on the list were chosen to reflect the emotions of Quinn and Aaron in certain scenes. Others are there to invoke mood. Playlists are part of my storytelling process, a way to deepen my connection to the story and the characters. That’s why my playlists are so long! They’re like a movie score for my books. A book score! So, here’s the list. 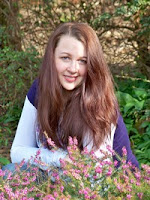 Heather L. Reid is both American and British and has called six different cities in three different countries, home. Her strong sense of wanderlust and craving for a new adventure mean you might find her wandering the moors of her beloved Scotland, exploring haunted castles, or hiking through a magical forest in search of fairies and sprites. When she’s not venturing into the unknown in her real life, she loves getting lost in the worlds of video games or curling up by the fire with good story. For now, this native Texan is back in the Lone Star State, settling down with her Scottish husband and writing new tales of fantasy and horror.