Review & Giveaway: We Are Watching by M. Stephen Stewart

Although it took a few chapters for this one to grow on me, M. Stephen Stewart's corporate techno-dystopian novel, We Are Watching, was ultimately compelling and quick moving. It reminded me of C.S. Freidman's This Alien Shore and Kathleen De Grave's The Hour of Lead, both of which I enjoyed greatly, even if only the Friedman really seems to edge up on YA.

I liked the subtle message beneath We Are Watching, not just the overt anti-big-brother sentiment, but the slightly less overt message that information and education are not the same thing. Much of the story reminded me of how easy it is to become obsessed with social media, like the ubiquitous facebook, or heck, even blogging, and not actually learn important things. In much the same way that information was censored in the film Interstellar (seriously, who gets suspended for bringing up the moon landing?), Stewart's novel highlights the very real but nearly invisible damage of a society that has forgotten how to learn anything but what they are told to. This idea mirrors the way that education systems have traditionally set people onto learning tracks in order to make sure they were just well enough educated to do the job they were meant for, and no more. As a historian, this concept resonated deeply with me, because it's a world we've already been living in up until very recently, (and arguably still are, just to a lesser degree), which Stewart extends to its logical extreme. I think I felt shades of The Handmaid's Tale when I was reading this. Then again, how can one read dystopian fiction without thinking of Margaret Atwood?

What I'm getting at is that if these are the types of books you enjoy, you're likely to enjoy reading this. As I said earlier, it did take me a while to get into it. The absolutely necessary prologue really threw me in the beginning. I even double checked that I was reading YA, because it begins from an adult's perspective. The switch between the characters and settings wasn't exactly jarring, but it did involve some reorienting. Then add to that mix that the protagonist doesn't start out particularly likeable, and it wasn't the easiest fit for me in the beginning. I am glad I stuck with it over the next couple hours, because I liked where it took me. 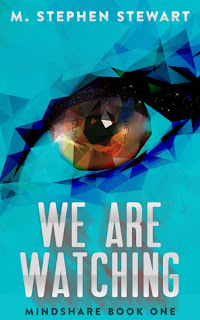 Henry Malone’s childhood was shattered by the unexplained suicide of his father. Now a teenager, his days are spent studying to become a Neural Implant Technician for Planetary Link Corporation, helping them maintain an iron grip over his walled country and every iota of knowledge contained within—but he leads a double life. Henry’s nights are spent helping his mother wage a cyber war against them in her quest to find the truth behind his father’s death.

He’s managed to keep his two lives separate, a delicate balance that’s endangered after he repairs the neural implant of a stranger. He finds she’s in possession of illegal memories from the outside world, unauthorized knowledge of his father, and a message: speak to me later and tell no one. Henry has a choice to make—ignore the message and maintain his double-life, or answer and risk everything to uncover secrets Planetary Link would kill to keep buried. 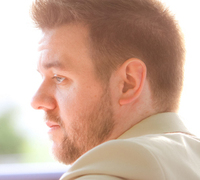 AUTHOR BIO:
M. Stephen Stewart is a graduate of Indiana University with a Bachelor’s Degree in Journalism. He makes his home in Indianapolis with his wife and two dogs. In his spare time, Matt is an avid sports fan, gamer, and reader, who loves to connect with new people. You can usually find him around town with his wife, exercising, or in front of his computer working on a new project.

Posted by Slee at 9:00 am
Email ThisBlogThis!Share to TwitterShare to FacebookShare to Pinterest
Labels: book reviews, giveaways, M Stephen Stewart, science fiction, We Are Watching, Xpresso Book Tours, YA Dystopian

This sounds very eye opening and kind of scary! I love it when a future world like this is based on a plausible future from what we're experiencing today. Glad you liked it, Sandra! Great review!

High, girl!
While I realize my penname is quite morbid, yet,
you shall find in our 24 blogs a gobba (subliminal) moxie
which has taken this mortal sinner yeeeeers to compile:
I lay it ALL out for you, dear - neet-o, packaged, concise.

Nevertheless, wouldn’t ya love an endless eternity
of aplomBombs falling on thy indelible cranium?
An XtraXcitinXpose with no
zooillogical-expiration-date,
with an IQ much higher than K2,
and an extraordinarily, sawcy, rowdy victory??
Here’s what the exquisite, prolific GODy sed
(with an excellent bullshot detector):

“Faith, hope, and love,
the greatest of these is love -
jump into faith...
and you'll see with love”
Doesn’t matter if you don’t believe (what I write);
God believes in you.

Do it. Do the deed, dude. Sign into the Big House.