Book Feature: The Touched by Jennifer Weiser PLUS Giveaway

Today we're featuring THE TOUCHED by Jennifer Weiser. Take a look at this young adult paranormal novel, and don't forget to enter the rafflecopter at the end of the post! 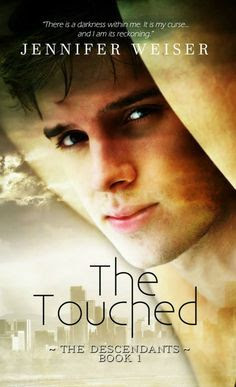 The first sixteen years of Arabella Penthallow’s life have been a lie…
In a world where deception is the key to survival, Ara has kept up the charade of being a perfect Legion Leader’s daughter. But a darkness stirs, and she discovers she is Touched, a mortal gifted by the Gods. The Touched are as rare as they are feared, and Ara is forced to leave Union City for neighboring Midnight City to protect herself and those she loves, leaving Tove Thorn, the boy who has always known her heart, behind.

Carter Decker has vowed to burn Union City to the ground…
Midnight City’s cocky, infamous bad boy always gets what he wants, and he wants Union City to pay for burning his mother alive because she was Touched. When Carter meets Ara, she is everything he’s been taught to hate. Then he learns she is Touched—just like him—he isn’t sure who he hates more…the Touched girl whose father killed his mother, or himself for being tempted by someone he’s sworn to kill.

They are told they’re fated to be soul mates…and they each wish the other never existed.
When Midnight City is attacked by Union City, Carter and Arabella will do the unthinkable…even if it means falling for the enemy. The truth lies in Arabella’s home nation, and Tove is waiting. Soul mates or not, he has an advantage Carter doesn’t, fated souls be damned.


War is coming…and Ara is the prize.


I can’t help the way my eyes take inventory of her. I can’t stop staring at her, almost as if I need to memorize every inch of her, as if looking away from her soft, raven-black curls, emerald-green eyes, and dark, blood-red stained lips will physically kill me. My tongue flicks over my own dry lips and I find myself wondering if hers taste like cherries. Or apples. That’s what that red of hers reminds me of.


The sky-blue corset she wears over an ivory lace shirt fits tightly around her slender curves. My hands itch to touch her. To reach out and run my hands through her hair. She’s too beautiful to be
real, yet here she is. In front of me. She holds no smile toward me. No outreached hand to shake my own as Father introduces her. Her eyes narrow as she continues to stare intently at me.
Her arms cross tightly across her chest, clearly unimpressed by what she sees.


You hate her. Balling my fists at my side, I try to rein in the way she has begun to unnerve me. The way I want to run my hands down her, to watch her close her eyes and whisper my name. Chills race down my spine. My body is responding to her in ways I’ve never responded to any chick before.


Father stands with pride as he nods toward me, waiting for me to welcome Rob’s new recruit. But I don’t. I stare just as hard at her as she does at me, finally feeling the narrow of my eyes. Why the hell do I want her? Why the hell am I feeling anything for her?


Father frowns when I don’t offer my hand to her. “Arabella will be staying with us for the next few months,” Father says. But what he leaves out is, “She’ll be staying indefinitely when you realize that she’s your fated, Carter.”


But she won’t. I’ll see to that. I may like her appearance, and her body might cause me to think
and feel things, but it doesn’t change the fact that I vowed to make and keep her and Union City as my enemy. I will end her. Make no mistake about that. She will burn for the crimes her father committed against my mother. 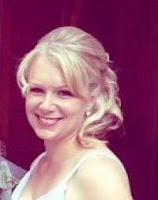 Jennifer Weiser is a young adult author who has always been a book nerd and a bit chocolate obsessed. Writing has always been a favorite escape, but quickly became a passion not long after the birth of her daughter. When she isn’t combing the shelves of her local book stores or blogging about newest book obsessions, you can find her nestled in her nook creating worlds she hopes that one day will inspire her daughter, who not only has given her the courage to follow her dreams–but offers the inspirations that help color their worlds together.

Hmm the guy on the cover is a real cutie pie!

Thank you for hosting on The Touched tour! <3