What? Middle of December already? How did that happen? While we ponder the mysteries of time flying, let's indulge in an interview with a wonderfully talented writer. Say hello to Lisette Brodey.

Welcome to We Do Write, Lisette. Tell us a bit about yourself. 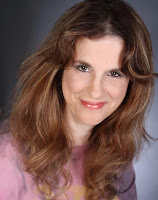 First, thanks so much for having me as your guest today, Dorothy. I’m originally from the suburbs of Philadelphia, PA. After high school, I moved to New York City and lived there for ten years. A whole lot has happened since those days, but I now reside in the Los Angeles area. During my career, I have worked primarily in the entertainment industry but also for many years as a resume specialist and freelance writer.

I don’t remember not writing. From the moment I learned how to write, I was writing poems, songs, and stories.

Tell us about MOLLY HACKER IS TOO PICKY! What's the story about?

Molly is a thirty-two-year-old reporter from the old-money town of Swansea, a fictional bedroom community of New York City. After years of dating and a broken engagement (and matching broken heart), Molly sets out to find true love. But she is proudly picky, and despite her determination to get married, settling is not on the agenda. She vows never to attend another wedding until she is a bride, but that’s tricky because her younger sister, Hannah, is engaged to be married in a year.


In no time at all, Molly has four suitors and the memory of her lost love to send her befuddled, overanalytical mind into serious exhaustion. As if that weren’t enough, the town’s most visible socialite (and Molly’s nemesis), Naomi Hall-Benchley, is determined to interfere in Molly’s life in the most nefarious of ways. Molly Hacker Is Too Picky! takes the reader on a yearlong romp through Molly’s mind and a joyride through her life. Molly’s dating life, town secrets, a group of quirky, crazy characters, and Naomi’s machinations collide head-on at a holiday gala that will change the social landscape of Swansea forever. As the New Year rolls in, Molly gets earth-shattering news. Can she go on? Will life ever return to abnormal again?

Sounds like a great read! How did the idea of the story come to you?

I wanted to write a book in the women’s fiction genre and it was important to me to create a heroine with whom people could identify. While marriage-minded Molly meets several suitors, each with potential, the men are very different from one another. I wanted to write not only about the life choices that we make, but also about how confusing it can all get. It was also important for me to touch upon the friendships that women have, and how sometimes the most well-meaning friends (and not-so-well-meaning associates) can interfere in a burgeoning or established romance. But above all, I wanted to write a book with lots of humor and warmth. Written in the first person, the book lets Molly speak to her readers as if they are close friends.

I understand you've written two other books. What are they about?

Squalor, New Mexico, which has nothing to do with the state of New Mexico, is a coming-of-age story set in the northeast United States during the 1970s. The heroine, Darla McKendrick, first hears her mom and her aunt talking about their sister, Rebecca, an aunt she has never met, when she is nine. Darla’s curiosity about Rebecca never wanes, and as the years pass, the family mystery takes center stage in Darla’s life. The plot takes twists and turns, and secrets are revealed not only to Darla but to the “secret keepers” as well. Darla learns that families are only as strong as the truths they hold and as weak as the secrets they keep.

Crooked Moon is the story of two childhood best friends, Frankie and Callie, who reunite after twenty-three years, having lived drastically different lives. After so much time apart, their lives come crashing back together one hot, unsettled summer. Tensions and passions explode in the sweltering heat, and amid pain and tragedy, each woman ends not only up with a life-altering secret regarding the other, but the burning question of what to do with it.

Great question. While I am writing, I am on a very solitary journey. I don’t want input from anyone before my novels are finished. As I write, I edit each chapter over and over so that it is as “clean” as it can be before I move on. The goal is not to end up with a sloppy first draft that has to be seriously rewritten. Once I am finished, I will then edit it several times myself, each time looking for different things. For example, I will do one edit simply to get rid of unnecessary words, phrases, paragraphs, etc.


After the book is in the best shape possible, I give it to a professional editor. After she returns it to me and I have incorporated her notes and corrections, I then give it to beta readers.

Another great question. The hardest part about writing, for me, is figuring out what scene I want to write next. It is always important for me that every scene advance either the plot or the character. When something isn’t working, I always ask myself, What am I trying to do here? If I can’t answer my own question, I scratch what I’ve written and start over again. I’m always at peace when I know exactly what I want to do. Then I happily write.

Aside from my computer, right? :) First, a bottle of water is always at my side. Around five or six every night, I have a snack of peanuts to energize me. Additionally, I always have notebooks around me that I’ve filled with all kinds of ideas. Sometimes, I’ll just pick one up and glance through it to see if I’ve written anything to inspire myself. :)

Sounds practical to me. If you could have any super power, what would it be?

Just one? Well, it would probably be to beam myself to different places. There are so many people that I care about who are scattered all over the world, and to suddenly have no tangible distance between me and my loved ones would be incredible.

Quick writing test! Use the following words in a sentence: hula hoop, boa constrictor, and mandatory.

The CEO and president of the company issued a nationwide alert to let all employees know that it is mandatory to wear protective gear when substituting a boa constrictor for a hula hoop during recreational breaks.

Hehehe, awesome. Here’s the part where you thank the people who are supporting you. Let's hear your shout outs.

Oh, my goodness. There are SO many people, and I don’t want to neglect anyone. So, I’ll give you the VERY short list, but there are so many more I would love to include. In random order: Charles Roth, Laura Daly, Talatha Allen, Lisa McCallum, Stuart Ross McCallum, Leigh Ann Wilson, Marta Moran-Bishop, Sheri A. Wilkinson, Megan Hansen, Christy Leigh Stewart, Debbie Banks, Janet Lee, LK Gardner-Griffie, and Laura Schultz.

Crooked Moon is available in both paperback and Kindle editions on Amazon:

Squalor, New Mexico is available in both paperback and Kindle editions on Amazon.

Molly Hacker Is Too Picky! is available as a Kindle edition on Amazon. (Paperback edition is forthcoming.)

In addition to Amazon, all of my novels are available on Kobo.com, Apple, BN.com, and many more.


Updates about all of my novels can be found on my Facebook author page: www.facebook.com/BrodeyAuthor.

Thanks so much for chatting with us, Lisette. I wish you lots of success with all your books.

Thanks Dorothy for a fabulous interview.
I am thrilled to have read all three of Lisette's books and have related to them all. Loved them so much.
Kind of feel her characters are my friends. She's a very talented lady for sure.


Hanging out for the forth one now :D

All the best Dorothy and Lisette.
:)

Thank you, Dorothy, for the interview with Lisette, whom I know quite well. You did a wonderful job in a short space.

I've read her two first books, which were both serious, humorous, and written with truth and insight. I can't wait to read the third, It will certainly be another lesson in life's experience , which Lisette has a talent for.

Thank you Dorothy...and to you too, Lisette, and good luck to both of you.
Cheers, Charles

Interesting interview. I have gotten to know Lisette better through this year, and she's one of the most supportive writer's around. And she definitely writes stories that keep you turning the page. I anxious to fit Molly into my reading schedule. It'll be nice to read something with humor.

Thank you, Dorothy, for having me as your guest on WE DO WRITE. It's a wonderful site.

Thank you, Twitchy, Charles & LK, for your kind and humbling words. I appreciate all of you so very much! :-)

Thanks, Pam. I appreciate your good wishes so very much! :-)