Cover Reveal: Who Are You Really? by Margo Kelly @MargoWKelly

To celebrate the cover reveal for Who R U Really? Margo Kelly is giving away TWO Advance Reader Copies of the book! Visit www.margokelly.net to enter by Sunday, May 11, 2014! 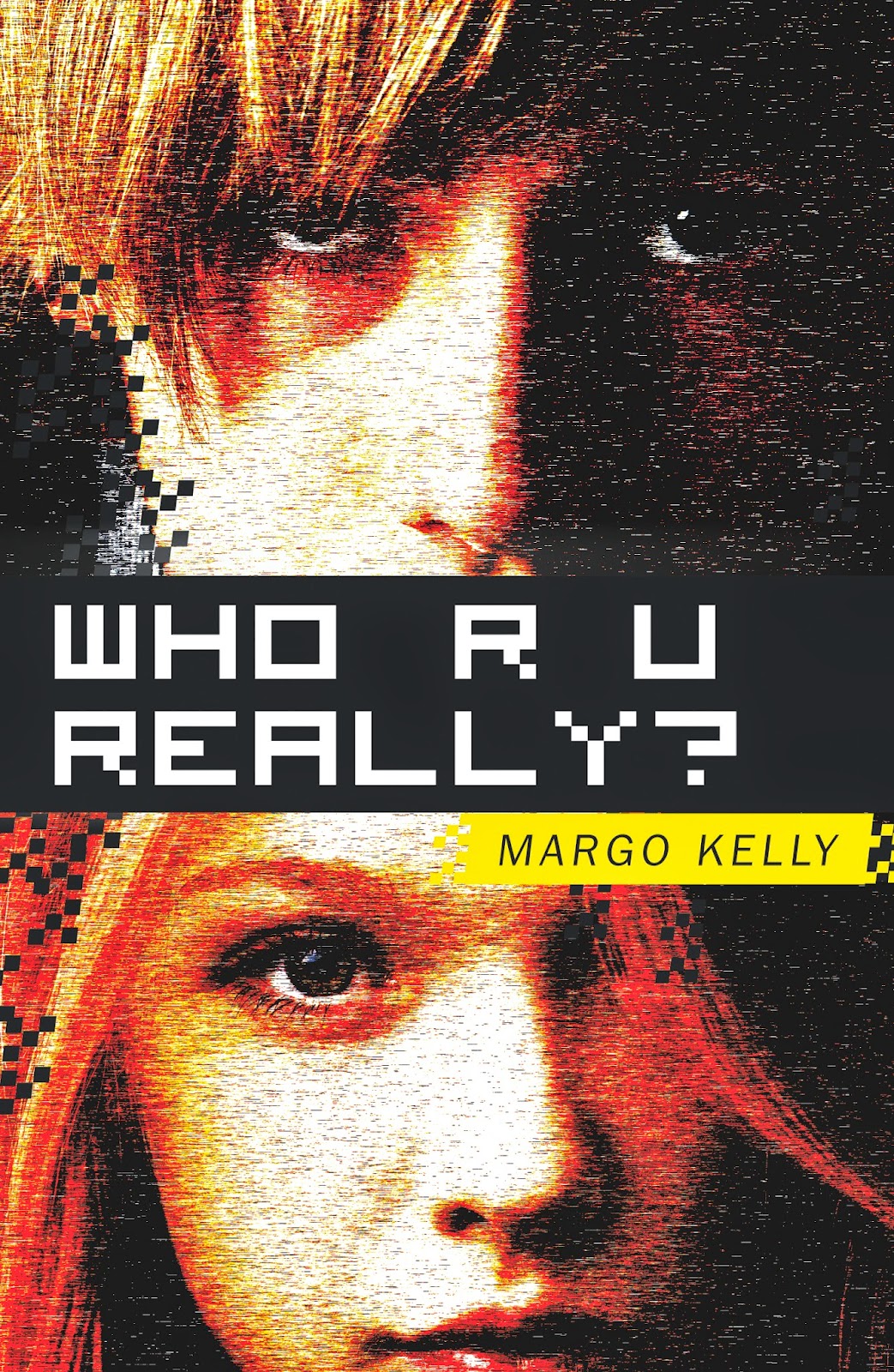 Thea's overprotective parents are driving her insane. They invade her privacy, ask too many questions, and restrict her online time so severely that Thea feels she has no life at all. When she discovers a new role-playing game online, Thea breaks the rules by staying up late to play. She's living a double life: on one hand, the obedient daughter; on the other, a girl slipping deeper into darkness. In the world of the game, Thea falls under the spell of Kit, an older boy whose smarts and savvy can't defeat his loneliness and near-suicidal despair. As Kit draws soft-hearted Thea into his drama, she creates a full plate of cover stories for her parents and then even her friends.

Soon, Thea is all alone in the dark world with Kit, who worries her more and more, but also seems to be the only person who really "gets" her. Is he frightening, the way he seems sometimes, or only terribly sad? Should Thea fear Kit, or pity him? And now, Kit wants to come out of the screen and bring Thea into his real-life world. As much as she suspects that this is wrong, Thea is powerless to resist Kit's allure, and hurtles toward the same dark fate her parents feared most. Ripped from a real-life story of Internet stalking, Who R U Really? will excite you and scare you, as Thea's life spins out of control.

Margo Kelly is a native of the Northwest and currently resides in Idaho. A veteran public speaker, Margo is now actively pursuing her love of writing. Who R U Really? is her debut novel and will be published by Merit Press in September 2014. Margo welcomes opportunities to speak to youth groups, library groups, and book clubs.

Posted by Dorothy Dreyer at 10:45 am
Email ThisBlogThis!Share to TwitterShare to FacebookShare to Pinterest
Labels: cover reveal, giveaway, Margo Kelly, Merit Press, Who R U Really?, YA thriller

This sounds so good! I've climbed the ladder and added it to by ceiling high TBR list.

Thank you so much for helping with the cover reveal!!! :)