We've been having a real sunshiny week so far in my neck of the woods, and I'm loving it. To shoot a little sunshine your way, in the form of an interview that is, I'm sharing a fun chat with author Rachel Lyndhurst.

Hi, Rachel! Tell us a bit about yourself. 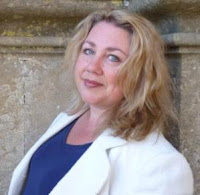 I’m a law graduate and accountant, but haven’t set foot in an office for twelve years since our two children came into the world. We all live on the south coast of England within sniffing distance of the sea.

Sounds lovely! How long have you been writing?

Since I was about four years old! I’m a lifelong scribbler, but only set about it seriously i.e. with a view to submitting, about five years ago.

Tell us about STORM'S HEART. What’s the story about?

Storm’s Heart is my debut novel and is one of the launch titles for Embrace Books, the dazzling new imprint of Salt Publishing. It was also Embrace’s first acquisition.

Storm’s Heart is a sexy, sophisticated romance with a dark, brooding centre. When Greek lawyer Andreas Lazarides and bistro-manager Kizzy Dean clash over the executing of his mother’s final wishes, he takes matters into his own hands and Kizzy back with him to Greece. Tension runs high on the sun-baked Greek Island of Rhodes amidst the ancient myths and alleyways of Lindos village.


Hopelessly out of her depth and penniless, can innocent Kizzy resist the treacherous sexual attraction that draws her powerfully into Andreas’ orbit? Dangerously appealing and darkly charismatic, he’s made it quite clear that he wants her in her bed. It would be to her advantage, he’d make it worth her while …


She’s an independent woman, born illegitimately into a brutal world, so is Kizzy tough enough to handle this millionaire Adonis? Can she keep the ironclad fortress around her heart intact? The stakes are high if she is to prevent history repeating itself. No man on earth will leave her as heartbroken and destitute as her mother.


An explosive meeting of two different worlds results in a mirror image of cruelty, betrayal, guilt and shame that only their passion for each other can possibly overcome. But is it enough?


Kizzy wants answers and her turbulent past and shadowy revelations kick up a storm in Andreas’s heart that will not abate until his own explosive secrets are forced out into the open.

Sounds pretty intense. How did the idea of the story come to you? 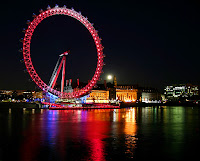 I’m sure it’s against one of those ‘rules’ you read about when you’re starting to learn your craft, but location is very often my starting point. In Storm’s Heart, the action begins in London, on the London Eye in particular. I was lucky enough to be invited to a champagne reception on it and the same year, I went on holiday to the main location of the book, historic Lindos, Rhodes.


I wasn’t just inspired by the age and architecture of Lindos, but also by the Greek Legends associated with it; particularly Helios the sun god and his demi-god son, Phaeton. A salutary tale of what can happen if you don’t do as your father tells you. A fiery battle of disobedience and death. This sowed the seed for my character Andreas Lazarides and gave me two different worlds to smash together for an initial conflict.


Layered into this, I came across a poignant newspaper article about General Sir Mike Jackson’s son, Mark Jackson, who reinvented himself after injury forced him to leave the army. He gave his sculpture of a lifeless Icarus his own scars. Without giving out any spoilers, this inspired me towards Andreas Lazarides’ dark secret.


I’ve also been a member of Amnesty International for many years which has raised my awareness of many issues and problems that rarely make the daily news. Storm’s Heart scrapes the surface of one of these and forms some of the back-story for Kizzy Dean and Andreas.

I’m not terribly keen on the revision process, but all the pain is worthwhile when you read through the finished manuscript. Generally speaking, the worst part of being a writer is the waiting!

Check out the house style of the publisher you are targeting – get it right the first time and it will save you a lot of pain in the long run!

Good advice. Let’s get to know you on a deeper level. What do you absolutely have to have nearby when writing?

If I’m writing on the computer, it would have to be my gorgeous red, wireless mouse. Otherwise a notebook and pen is all I need. I do like a nice cup of tea though.

Ooh, that’s a tricky one! It would be brilliant to be able to fly – remember how it felt to scramble up a tree when you were a child, or go as high as you could on a swing? I’d like to swoop up to the top of the eighty-foot fir tree at the bottom of the garden and make friends with the squirrels.

Quick writing test! Use the following words in a sentence: flip flops, jugular, and lemonade.

Granny sips vodka and lemonade, nodding her approval as a black clot seeps from the goat’s jugular and flip flops like jelly onto the marble floor.

Whoa, okay! Here’s the part where you thank the people who are supporting you. Let's hear your shout outs.

Golly, it’s like the Oscars then? Thanks to all my friends and family for being so patient, understanding and supportive of me. And for believing I could do it all along. Also a huge thank you to Jane Holland, my editor at Embrace Books, who gave me my big chance with Storm’s Heart and really knocked it into shape!

Rachel, thank you so much for letting us get to know you. I wish you heaps of success in all your writing endeavors.
Posted by Dorothy Dreyer at 5:42 pm
Email ThisBlogThis!Share to TwitterShare to FacebookShare to Pinterest
Labels: Embrace Books, Jane Holland, Rachel Lyndhurst, romance, Salt Publishing, Storm's Heart

Thanks for having me, Dorothy, I really enjoyed the questions!

You're welcome, Rachel! It was my pleasure. :)

Thanks Rachel, I enjoyed your interview and your book, Storms Heart sound wonderful! I see I have another book to add to my growing list.

Dorothy, I got a good wiff of the English channel from here. Oh yes, thos frisky waters of old England. I now live in Florida.

Dorothy, you always manage to do such good interviews and find people who we are interested in hearing about. Yet another goodie and well done Rachel on your book deal. Good luck with it and here's hoping it sails off the shelves really quickly.

Nice job, Rachel. It's always good to here what other writers are doing and how they do it.
Sorry, didn't mean to make that sound suggestive.

Apologies everyone for not coming back sooner - I lost my internet for three days!

Jacqueline, thanks for commenting and you book sounds very intriguing too - will be checking it out shortly!

Lorraine, thanks so much for your good wishes, very much appreciated.

Gary, be as suggestive as you like, and feel free to pass on any tips of your own! Great to see you here!