Don't you love books with the word 'Blood' in them? I have to admit they get my attention. And I also have to admit I sometimes throw the word in there when I'm tossing around title ideas. So how great is it to chat with an author with multiple blood-titled books! Let's all get to know the awesome Laurie London.

Hi Laurie! Tell us a bit about yourself. 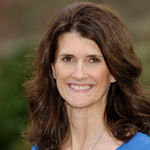 I live on a small farm in the Seattle area with my family. We have horses, a dog, a cat, a rabbit, and chickens--one of which got eaten by a coyote last night. :-(

Oh dear! How long have you been writing?

I've been writing off and on since I was a kid but only recently have I been writing with the goal of becoming published.

Tell us about your paranormal romance BONDED BY BLOOD and its sequel
EMBRACED BY BLOOD.

Bonded By Blood is the first book in the Sweetblood series. It centers around a group of Guardian enforcers, vampires who safeguard humanity from Darkbloods, rogue vampires who believe it’s their right to feed from and kill humans. The Darkblood Alliance is an organized faction that sells blood on the vampire black market. The rarest, called Sweet, is highly addictive and commands the highest price.


In the Sweetblood world, since vampires exist secretly, yet peacefully (for the most part) among humans, they don’t burst into flames in the sun, sparkle, or go into a trace-like sleep during the day. Ultraviolet light weakens them—they’re unable to convert it into energy like we do—so they avoid the sun and come out mainly at night. Which is why they need human blood and energy to survive.


Bonded By Blood is about Dominic Serrano, the leader of the Seattle field team, and Mackenzie Foster-Shaw, a human sweetblood. Her special blood will give him the strength he needs for revenge against the powerful evil who destroyed his family, but in doing so, he could destroy her.

Embraced By Blood is about Alfonso, Dom's estranged brother who worked undercover within the Darkblood Alliance for years, and Lily DeGraff, a highly trained Tracker agent with the Seattle field team. As a marked man, Alfonso has gone into hiding to protect the ones he loves. But when danger strikes close to home and the Darkblood plot intensifies, he and Lily must team up to fight the evil that threatens them all.

Sounds cool! How did the idea of the stories come to you?

The inspiration for the Sweetblood series came to me as I drove past an old cemetery near where I live. Although I’d driven by many times, there was something about this one particular time that stuck with me. Tucked beneath a stand of fir trees at the side of a busy highway, it seemed glaringly out of place.


Because I’ve always been intrigued by cemeteries, I doubled back and got out of my car. Not seeing any fresh flowers, just crooked and broken gravestones littering the forest floor, my mind started imagining all sorts of things.


I kept envisioning a man hidden under a pile of dead leaves. Although I knew he wasn’t the villain, he was going to do something bad. I needed to find out why.

That's freaky, but very cool. Tell us about Emmanuelle Morgen of the Judith Ehrlich Literary Management.

I signed with Emmanuelle as the result of a referral from another agent who liked my story enough to pass it along to her. Emmanuelle gave me great editorial advice, which helped me polish up the manuscript, and she sold the series quickly.

Deadlines, either self-imposed or actual ones, are very motivating. Because of them, I've learned to push myself and to write every day, even when I don't feel like it or I'm not inspired. A deadline is a slave only to time, not your muse. 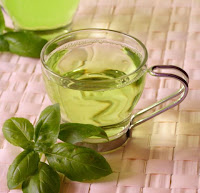 Ah, I haven't heard that one before. If you could have any super power, what would it be?

I'd love to be able to fly.

Quick writing test! Use the following words in a sentence: briefcase, opera singer, and in-line skates.

Before Betty became a professional opera singer, she worked as a courier, but instead of using a bicycle, she zipped along the city sidewalks with her briefcase and her neon green in-line skates.

What a visual! Here’s the part where you thank the people who are supporting you. Let's hear your shout outs.

Thank you to my sister who was the first person who believed in my writing.

Thanks so much, Laurie, for chatting with us. I wish you lots of success with all your writing endeavors!

Thanks so much, Dorothy, for having me on today!
Posted by Dorothy Dreyer at 3:49 pm
Email ThisBlogThis!Share to TwitterShare to FacebookShare to Pinterest
Labels: Bonded by Blood, Embraced by Blood, Emmanuelle Morgen, Judith Ehrlich Literary Management, Laurie London, paranormal romance, Vampires