Today we're chatting with author Melody Winter as part of the INIQUITY blog tour. Come get to know all about Melody and her book. 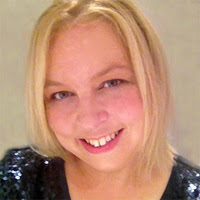 Hi, Melody! Welcome to We Do Write. Tell us a bit about yourself.

Hi, I’m a mum to two teenage boys, and have been married to my husband for 17 years. We live in York, England. I work three days a week as a Finance Officer, and write the remaining two days of the ‘working week’. I try to save the weekend for family, although there are times when my writing spills over into the weekend if deadlines are looming or if the story I’m writing is at a critical point and I need to stay in the zone.

I’m approaching my 47th birthday, although I still feel as if I’m in my thirties!

As a family we love holidaying in Spain, and Majorca is my favourite place to stay. If I ever have enough money, I’ll buy a house out there, and dream up more stories whilst drinking sangria in the sun.

Sounds awesome. Tell our readers a bit about INIQUITY. What’s the story about? 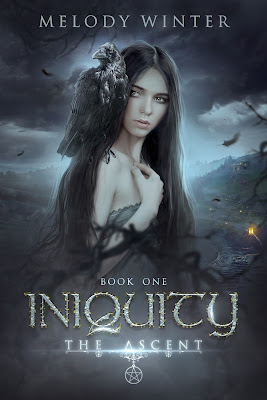 The story is about Athena, a young woman who is about to turn 21, and her determination to get rid of the darkness that has covered the earth since the demons ascended. It’s set in the future, although not too distant future. Society doesn’t exist as we know it now as the demons’ arrival destroyed all forms of power. The world was thrown back to a way of living similar to that when the Anglo-Saxons were around. The humans moved into the forests, as the cities were unsafe - disease ridden and infested with creatures that the demons brought with them. But each forest village is overseen by a village demon.

The story starts on Athena’s 21st birthday, a time when the village demon decides what will become of her for the next 10 years of her life. She should either be sent away to serve the Master Demon, or allowed to stay in the village and forced to pro-create. But the village demon has other plans for Athena and he literally rips her life apart. Things don’t end there though, as there are other demons to contend with, and not all of them want Athena for the same reason as the village demon.

I see INIQUITY as a story of hope, determination, and the very real fact that you should never judge anyone by face value, not even a demon.

It came to me whilst watching the world news. There had been an earthquake and then a week later there was another. I recalled all the other natural disasters that had happened: The ash spewing volcano in Iceland, and the tsunami’s hitting the Philippines and Japan. And I just thought, what if this is a warning of some sort? Why is this happening? Why is there a sudden increase? My mind kept coming back to the warning though, and that’s where the idea of demons trying to escape from under the earth’s crust came from. All these 'natural' disasters were the demons testing their power, waiting for the right moment to ascend. Iniquity deals with what happened when they did ascend from under the worlds surface.

Definitely a plotter. I tend to write series, so I think it would be impossible not to plan. Having said that, I don’t plan everything down to the last detail. I know the over arc of the series, and know the individual arc of each book. I know certain things that will happen and in what order, but I let my characters lead me. There have been times when my characters refused to be written into situations I’d planned for them, and when that happens I’m more than willing to let them lead the way. So even though I’m a plotter, I’m not a strict one.

Time and focus. Because I only have 2 days a week to write, I tend to over plan what I need to do and end up not focusing on one particular thing. School holidays are a nightmare as well. I write best when there’s no one else in the house, so my word count drops dramatically during the summer time.

My red mug with white polka dots. I can’t drink coffee as it makes me sick, so I’m a massive tea drinker . . . but only out of my special mug when I’m sitting at my desk writing.

Teleportation. I love the idea of not spending hours on buses, trains, aeroplanes etc etc. It would be nice to have the choice of whether I wanted a calm and relaxing journey, or just to flick a switch and arrive at my destination.

There are many, but the one that always makes me grin is how to slowly poison someone without them knowing.

At work, at the gym, cooking, cleaning ironing. Just living my life like we all have to.

I always worry that I’ll miss someone when I do this, but top of my list are my two friends who have stuck by me since I started writing—Barbara and Denise. They are amazing women who never tire of my endless constant questions. Iniquity wouldn’t’ be the book it was without them, or the support and assistance from Kathy Palm, and Michelle Hoehn. They were brilliant at proof reading, and CPing the story from its very early stage. My editor on Iniquity, Katelyn Stark (Starkcontrastediting), worked wonders. Her development suggestions and her support during the editing stage were helpful and insightful. I’ve known Katelyn for years and her enthusiasm for my most recent work made me even more excited to get it published. My cover designer, Amalia Chitulescu did an amazing job, and Stacy from Champagne Formats made the final stage of the process an absolute breeze. I also need to give a bit shout out to Giselle from Xpresso Books. She does a marvellous job!!