Cover Reveal: REACH FOR YOU by Pat Esden

Professional Cover Reveal Tours: Why I chose to use one
Plus, my latest cover!
Pat Esden

Today is the cover reveal tour for REACH FOR YOU, the third book in my Dark Heart series. It’s easy to understand why I’m excited about sharing my cover. Covers are fun, they give clues about a novel’s plot, hint at what tone and emotions a reader can expect, and showcase genre. Covers are designed to tease and tempt a reader into turning the book over and reading the blurb on its back.  For me, sharing a book’s cover for the first time is like placing the cherry on the top of an ice-cream sundae that I’ve been working on for months and months. It’s the final touch before the book is released and readers can dive in and devour it.

Those of you who are authors can probably relate to those things. But perhaps you’re wondering why I chose to have a professionally organized cover reveal tour rather than simply hosting it on my own social media and in my newsletter. First of all, using a professional tour is not mandatory.  But for me, it is a way to generate maximum excitement without investing a lot of time.

If I only used my own social media site, then I’d only reach people who are already familiar with my Dark Heart series. Reaching those people is vital. But for a relatively small cost, I can move beyond that circle of followers and have hundreds or even thousands of new readers see my latest cover and discover my books existence. Plus, I can choose a tour that specializes in my book’s genre to guarantee my cover reveal will hit the right readers. Hopefully, this will lead to pre-orders that might not have happened otherwise and to new fans discovering my series.

Sure, I could ask my blogging friends to host my reveal. That would expand the circle to a degree. But organizing a tour takes time, time that I could be using to work on my next novel. A professional tour organizer will find the bloggers (this can include my friends), get the material to them, remind them when the posts need to go live, and basically make sure the reveal is timely and professional without my help. If there is an issue, the organizer will serve as the go-to person, removing all stress and allowing me to enjoy the reveal instead.

So what does the cover for my upcoming release look like? 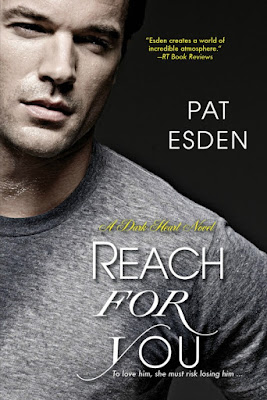 Her passion is her greatest weakness.
His legacy is his prison.
To reunite, both must fight the demons within.

A world of deception and danger separates Annie Fremont from her mother—and from Chase, the enigmatic groundskeeper with whom Annie’s fallen in love. But she vows to find her way back to them, before Chase succumbs to the madness that threatens his freedom. The only person who can help is the magical seductress, Lotli, a beautiful, manipulative woman . . . a woman who has disappeared.

Annie must stay strong, even as the future she imagined is slipping away. With the help of family and friends, she discovers that Lotli is being held against her will, by those who want to exploit her powers. But though weakened, Lotli remains a powerful ally and adversary. A bargain is struck. And now Annie’s only chance to rescue Chase could also tear them apart . . .

Loyalties will be tested, walls will be breached, and enemies will be fought, yet Annie’s greatest battle lies within her own heart—to trust her love for Chase to overcome its greatest enemy, and to save those she holds most dear from the terrifying realm of the djinn. For all of their lives depend on it.

Pat Esden would love to say she spent her childhood in intellectual pursuits. The truth is she was fonder of exploring abandoned houses and old cemeteries. When not out on her own adventures, she can be found in her northern Vermont home writing stories about brave, smart women and the men who capture their hearts.
An antique-dealing florist by trade, she’s also a member of Science Fiction & Fantasy Writers of America, Romance Writers of America, and the League of Vermont Writers. Her short stories have appeared in a number of publications, including Orson Scott Card’s Intergalactic Medicine Show, the Mythopoeic Society’s Mythic Circle, and George Sciter’s Cat Tales Anthology.
The first two books in her Dark Heart series, A HOLD ON ME and BEYOND YOUR TOUCH are available from Kensington Books.  REACH FOR YOU (book #3 Dark Heart series) will be released June 27th.

Posted by Dorothy Dreyer at 2:00 pm
Email ThisBlogThis!Share to TwitterShare to FacebookShare to Pinterest
Labels: cover reveal, Pat Esden, Reach for you