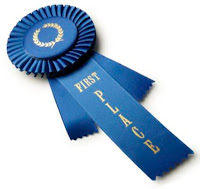 If you take a look around the blogosphere, you're sure to find an agent-judged query contest or two. As aspiring writers, we feel both elated and anxious to take part in these.

For those interested, her entry can be found here.

I'm so glad to have you here, Melissa.

Thanks so much, Dorothy, for having me!

By day I'm an administrative assistant, able to leap tall stacks of paper in a single bound, by night I sit at my desk and write, dreaming of that day I'll be published. I got my start writing picture books, very bad picture books with singing animals and horrible forced rhymes. Nowadays, I've dropped the singing, dancing critters and moved on to the wonderful world of YA. I'm the author of Knights of Avalon, as well as the YA Historical Surviving Matewan. My current projects include a sequel to Knights and the YA dystopian Beautiful Medusa.


When not writing, I do cat rescue for my local SPCA, love to visit art museums when I can find the time, and I might have a bit of an obsession with 7-Eleven.

You're certainly busy. Let's talk about your book. What is the name and genre of your manuscript?

It's a YA Urban Fantasy called Knights of Avalon.

Fifteen hundred years after the fall of Camelot, the Knights of the Round Table have returned, reborn as New Jersey teens. Most have no memory of who they once were, but unfortunately for them, Mordred and Morgan le Fay are back as well and they remember everything. Murdering the knights before they can become a threat, Mordred kidnaps the reincarnation of Guinevere, a girl called Gwen Martinez, to draw out the last few survivors.


Mordred might've gone too far though, because Gwen's best friend happens to be sixteen-year-old Justine Kwiatkowski. Justine's not a knight, she doesn't believe in reincarnation or magic, but there's no way in hell she's going to let anyone mess with her friend. She'll do whatever it takes to get Gwen back, even if it means picking a fight with Mordred, even if it means becoming a modern day King Arthur and uniting the rest of the knights. But first, she's going to have to figure out what this sword is doing in this stone.

I think it's a great concept. How did the idea of the story come to you?

Strangely enough, the original idea had nothing to do with King Arthur or the Knights of the Round Table. I was playing around with a story about a girl who gets kidnapped by ghosts after the barrier between the living and the dead begins to break down, and her best friend, Justine, who's a skeptic, doing whatever it takes to get her back. I really wanted to write about friendship and loyalty, and to see how far someone would go to help their friend. 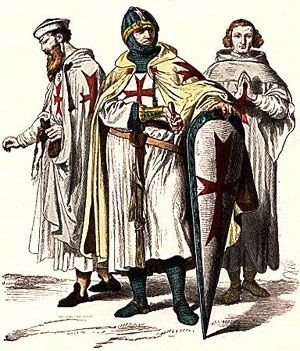 I needed a last name for Justine and sometimes I pick off-the-wall last names like Einstein or in this case, Pendragon. I ended up changing her last name, but it got me thinking about the legend of King Arthur. Before I knew it, I was writing about reincarnated knights and I couldn't stop. I even had dreams from the POV of one of the crazier characters in the book. It got pretty intense.

I can imagine. So how far along are you in the writing process and what's your next step?

The manuscript is polished and done, but I know there's always room for improvement. I'm currently querying agents and trying not to stress out by focusing on my other projects while I wait.

Good luck with that. If you learn how to do it, let me know your secret! Do you have a critique group or beta readers, or do you self-edit?

I self-edit for the first couple of drafts, then I have a great group of beta readers who give me feedback. I have to say, one of my best beta-readers is my father. I know parents are supposed to love everything you do, but he's tough! Really, really tough and his comments are right on!

Right now it's finding the time to write. My job and volunteer work keep me so busy, but beyond that, it's the fear that my writing can't get any better, that I've hit my limit and can't improve. But I just have to tell myself that as long as I'm open it, there's always room for learning and growth and that I can always make my stories stronger.

Two tips: 1. I'm going to try to sound zen and will probably fail, but writing is like stacking pebbles. You're not going to write a book in a day, probably not even in a month, and it's going to seem as if you're not making much progress at first, but if you work on it every day, adding a few paragraphs at a time, you'll eventually have a giant mound of pebbles that will fall on you and crush you...I mean, you'll have a novel (that might crush you if it's 250,000 words long).


2. Revision is a skill in and of itself. Get used to doing it and learn to do it well. You can practice by joining a critique group or getting beta readers. If you're not willing to revise, you'll never be a successful author. It's that simple.

Great tips. If you could choose, what would you like your book’s cover art to be?

I am so not an artist, so if I'm ever lucky enough to get published, I'd leave it to the experts. But in my head, I see Justine and the rest of the knights standing on the Jersey shore, maybe on a boardwalk, your average teens, except they've all got their swords and weapons on them.

Cool! So who are your inspirations?

I'm strongly influenced by Cynthia Voight and Mercedes Lackey. Their characters always felt so real, their concerns so normal, despite the extraordinary circumstances the characters may have found themselves in.


In terms of actual inspiration, I find that I get inspired by art...this can be Renaissance art in a museum, but it can also be something like grafitti. I have a thing for grafitti, I take pictures of it wherever I go, and it turns up time and again in my story ideas. 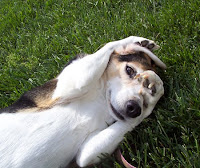 
Here’s the part where you thank the people who are supporting you. Who would you like to give a shout out to?

To my Dad, for being my biggest supporter and my best critic. To all my other beta readers, especially Andrea and Jamie, and to anyone who's ever taken the time to give me feedback, because I know it takes time to do that. Also, to my blog readers and Twitter followers, you guys are pretty awesome!

Thanks so much for chatting with us, Melissa. And good luck with your book!

Thanks again for the interview!
Posted by Dorothy Dreyer at 12:03 pm
Email ThisBlogThis!Share to TwitterShare to FacebookShare to Pinterest
Labels: contests, Knights of Avalon, Melissa Barlow, Michael Broadway, Secret Agent, urban fantasy, YA

I like the concept of your book. It sounds like a lot of fun. You'll have to come back and tell us when you get published (and how you got published!).

Okay, I sound like a broken record, but WONDERFUL interview Dorothy! Your questions always manage to bring out the key points of their WIP and yet still share a glimpse of the author behind the book. KUDOS to you! ^_^

To the featured author...sounds like an interesting concept! Would certainly be interested in reading it once it hits the shelves. Oh, and I agree on the ill-tempered beagle bit...although it's almost any pup, so long as they provide a cute distraction once in a while. Good luck!

Thanks much for all the support! I'll definitely keep everyone updated, though it's been a looong road so far.

Thanks to everyone for their comments, and thank you again, Melissa, for letting me interview you. Looking forward to hearing about your book in the future! :)

As the owner of the stack of pebbles image on this page, I am disappointed that you have not given me credit for the image.

So sorry, Nik! I honestly don't remember where I snagged it from. I'll make a note on the post now.

That's OK Dorothy. I didn't mind that much reallt. At least you aren't selling my images, as one other company is doing (and they are far less friendly to deal with than you are).

Thanks for updating the credit :)