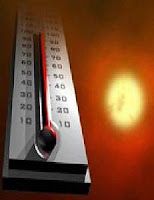 The week is almost over - hurray! I don't know about you, and maybe it's just the heat, but this week seemed to drag on into infinity. And beyond.

Hmm, what can make the seemingly endless week more bearable? An interview, you say? Well I happen to have one for you. Let's welcome aspiring writer M. E. Purfield.


Welcome to We Do Write! Tell us a bit about yourself.

I am a writer from Jersey City, NJ. I have published many short stories in many genres and worked as a screenwriter for a few low budget producers. About 4 years ago, I narrowed down my strengths and decided to write for children, primarily Young Adult.

What is the name and genre of the manuscript you're currently working on?

What’s your story about?

Even though 1977 Manhattan is dying from a major recession and the record companies squeezed the life out of the music scene, 16-year-old rock guitarist Joni Corso hopes to join a band and play original music. She moves in with her estranged father who owns one of the most popular clubs in the city. Celebrities, rock stars, drag queens, and drugs surround her, forming a decadent scene that resembles a Federico Fellini movie.


When Joni joins an experimental No Wave group, not only does the band push her creativity beyond her limits, it also drives a wedge between Joni and her father. Dad wants her to play mainstream rock, to take her career seriously, and to achieve fame. Joni has never been more serious in her life, unlike her functional speed freak father who borrows from loan sharks in order to save his failing business and to keep the party going every night. 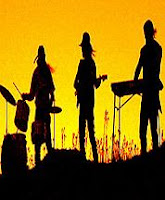 Although Joni sticks with the band and her artistic standards, as opposed to her father who lives in delusion and lives to others standards, she just may lose the father she just found and her home.

I always had an interested in music (even though I can't play an instument), the creative personality, and No Wave music. At the same time I had this father/daughter relationship I wanted to explore. So one day I just thought "Well, hell, put them all together." And so came the book.

Great! What point are you at, and what's your next step?

I'm about to submit the final revised draft to my crit group for a once-over and then, if all goes smoothly, I will start querying agents.

Tell us about your editing protocol.


I'm in 2 crit groups, one live and one e-group. I self edit too. I spend a lot of time editing, cutting and revising. 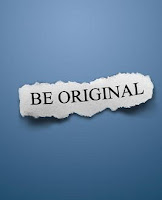 Trying not to repeat myself or others. I read a lot of books. A LOT. So if I read something that is similar to what I'm working on, I will go back and try to change my own book.

I find that a lot, actually. There are quite a few books out there that have similar themes or events or characters. It's sometimes hard to be original. Let’s get to know you on a deeper level. What do you absolutely have to have nearby when writing?

Laptop. I can write anywhere. Pretty much have.

Quick writing test! Use the following words in a sentence: trolley, procrastinate, and gelatin.

Er, the trolley procrastinates in the gelatin?

Sure, take the easy—and slightly odd—road. LOL. Here’s the part where you thank the people who are supporting you. Whom would you like to give a shout out to?

Thanks to my family, old friends, and my crit groups for supporting me.

You can find me at http://mepurfield.livejournal.com. and I also have a twitter under @mepurfield.
Posted by Dorothy Dreyer at 10:42 am
Email ThisBlogThis!Share to TwitterShare to FacebookShare to Pinterest
Labels: Breaking Fellini, heat wave, M E Purfield, music, no wave, rock band, YA Historical

Definitely agree...this did NOT seem like a normal length week, perhaps we're still coming off of the holiday. From the sound of it, this author-to-be has their story pretty well thought out, completion wise and synopsis wise....very good! Love the musical tie in....though that writing test answer does seem like a bit of a cheat. ^_^

Thanks for another great interview Dorothy! Hope your week ends on a high note....

Thanks for the comment, Gina! Hope your week ends well too.

Thanks GMR and Dorothy.

Sorry about the test. I assure you that is how I copied it from the text book ;-)