Today begins the ARC tour of Hope Collier's debut YA novel, THE WILLOWS: HAVEN. Not only is Hope an amazing writer, but she also heads up Soul Fire Press, the YA division of Christopher Matthews Publishing. Talk about having your hands full!

Welcome to We Do Write, Hope. Tell us a bit about yourself. 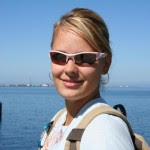 I am a twenty-something year-old wife of one and mom of two. I love anything to do with nature, especially trees. I form odd attachments to things like keys and compasses. I buy them compulsively like Mel Gibson with The Catcher in the Rye in the movie Conspiracy Theory. Music is the biggest influence when it comes to my writing. Indie and alternative are the best. My favorite color is purple. I love flowers but hate the smell of orchids. One day, I want to write a Tim Burton-esque novel.

Sounds great! How long have you been writing?

I’ve been writing for as long as I can remember. I penned and illustrated my first book in the first grade entitled, The Bear and the Balloons. My teacher had them covered and bound like a real book. That was the first moment I really knew I wanted to be a writer. As far as Haven goes, I began it at fourteen. I wrote forty pages longhand, laid it down for twelve years then picked it up again in 2009. 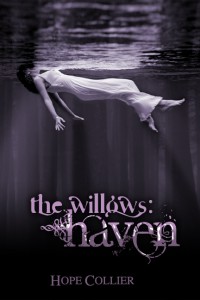 The cover of THE WILLOWS: HAVEN is absolutely stunning. What’s the story about?

Thank you so much! My cover team is simply amazing.


When tragedy strikes, seventeen year-old Ashton Blake sets out on a cross-country road trip, leaving the comforts of Malibu for the mountains of Kentucky. Along the way, she encounters Gabe Willoughby—the mysterious drifter with eyes like the sea and a knowing smile. Getting to know Gabe raises questions about her past. But no secret can be buried forever, and Ashton soon finders herself in a world where water is air and myth becomes reality.


Just as Ashton comes to accept her newfound heritage, she’s summoned to fulfill a treaty laid down centuries before — a treaty that will divide her love and test her loyalty. In the end, her future isn’t her biggest concern, her humanity is. To run may mean war, but is she strong enough to stay?

The story sounds fascinating. How did the idea come to you?

The characters told me. I know that sounds odd, but the male lead, Gabe, was the first to have a voice. As cliché as it sounds, I had a dream about these two beings who were just inherently good. They intrigued me, so I started thinking about their lives. Eventually, it turned into a story of whom they could help and how. After some arguing on their part and some concession on mine, we decided to let them show me what was going to happen.

I have the best betas and critique partners ever! Twitter can be thanked for that. I’m a member and co-founder of the Goodreads group, Chirenjenzie, as well as a small, private group of fabulous ladies on Twitter, @KappaDeltaWrite. Some might disagree with me here, but I firmly believe it’s impossible to edit your own work. That doesn’t mean you can’t get your manuscript super shiny, but there’s always something to catch, whether it be plot holes or grammatical issues. You’re just too close to the story to fully appreciate it. As my friend Beth says, “It’s a party in your head.” You know what’s going to happen. That makes it tough to know if you’ve covered all your bases.

I tend to overdo everything. My wonderful, super-hero of an editor’s favorite words are chuck, omit, and streamline. I see everything play out in my imagination. I want the reader to see it like a movie. The downside to this is you see those things without knowing it when you’re watching a screen. It isn’t so smooth on the page!

I think the best (and most important) thing I’ve learned is always have fun! Writing is tough enough when you actually enjoy it. The day you don’t, is the day you won’t want to write anymore. Also, avoid passive voice like the plague. Accept the fact that no matter how wonderful your book is, someone won’t like it. Don’t take it personally. Lastly, never give up writing if that’s where your heart lies.

Great advice. Let’s get to know you on a deeper level. What do you absolutely have to have nearby when writing?

Music! I can’t write or edit without it. Also, a drink! Sweet tea when I can get it, diet Mt Dew when I can’t. 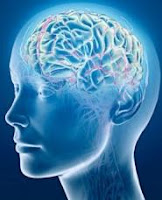 Oh, that’s a tough one. Probably something lame but functional like super-human, knowledge retention. I love words and information. It would be nice to act as a walking encyclopedia as long as I wasn’t annoying!

Quick writing test! Use the following words in a sentence: stun gun, baby carriage, and antacid.


The gritty antacid crunched between my teeth as the stun gun’s volt surged through the man stealing the baby carriage.

So simple, yet so visual! Here’s the part where you thank the people who are supporting you. Let's hear your shout outs.

Thanks to my awesome family for their endless support and willingness to share me with my muse. All my amazing and wonderful writing friends. You’re too numerous to personally share here, but you each know who you are and how much I love you! Much thanks to book bloggers who selflessly share our work with the world. And to the incredible readers who make writing so fun, I owe you an organ.

Hope, I wish you and your book tons of success. Thanks so much for letting us chat with you.
Posted by Dorothy Dreyer at 6:05 am
Email ThisBlogThis!Share to TwitterShare to FacebookShare to Pinterest
Labels: Chirenjenzie, Christopher Matthews Publishing, GoodReads, Hope Collier, Soul Fire Press, The Willows: Haven, YA

Love this interview, girls! So much fun, and so insightful =) Congrats, Hope!

Great interview. My characters talk to me all the time too. :) I am the opposite of you in that I don't put enough detail in my stories. I always have to go back and make sure I show my readers the setting. :)

Great interview! And that book cover is gorgeous!

Congrats, Hope, on a budding future! I'm so looking forward to seeing where you are five years from now!