Happy Thanksgiving to everyone who celebrates it. I hope your day is filled with yummy morsels and delightful people.

Welcome to We Do Write, Ia. Tell us a bit about yourself. 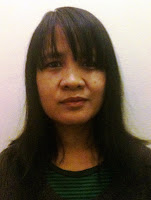 My first book was traditionally published over 30 years ago. On fiction, I wrote on and off over the next ten years. On nonfiction, I wrote sporadically all along the years. This comeback to writing is two years ago.

Tell us about SYDNEY'S SONG. What’s the story about? 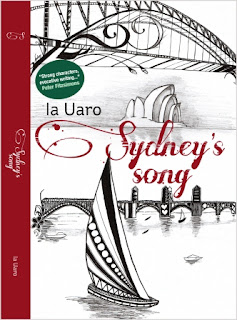 It starts in the Australian summer of 1999. Sydney of Sydney is 17 and newly graduated from high school. Her parents announce their divorce [it’s now a trend for Aussie women to divorce their husbands as soon as their kids finish high school] and leave her alone. Shaken Sydney starts a holiday job in the beehive that is the Olympics' public-transport call centre, while waiting for university to start in three months’ time.
Everything about her job is horrible. The sheltered Aussie is plagued by abusive callers, obnoxious government agencies, constrictive office rules, and liberated friends. She is trying to negotiate these challenges as her own personal Olympics when Pete finds her. Pete, Boston's former child prodigy whose soothing voice floats across her workstation, sees through Sydney's tough outer shell. Pete knows what it takes to present a dignified front when all you want to do is howl at the moon. Treating their friendship like an art, he invests time and creative effort to pull Sydney out of her despair.
Tragedy strikes when an accident leaves Pete with a major brain injury in a Boston hospital. Their families think Sydney is too young to cope with all the complications, but she doesn't agree. After all that he has done for her, Sydney refuses to leave Pete with people who view him only as an endless chore. Deferring her university studies, alone in a foreign land facing new trials, Sydney stays at his side—even when he doesn't recognise her.

Set in Sydney and Boston where heartbreaks are juxtaposed humour, SYDNEY'S SONG is a young girl's courageous journey to adulthood and a love story. A work of fiction based on real events, this novel with an Australian accent also shows the world that living with disabilities does not prevent a person from attaining happiness.

In June 2010 I met a friend I used to work with. She said the old office was closing down, and we reminisced about our experiences there. When I arrived home, my then 13-year-old daughter was crying because she couldn’t finish the novel she had been working on—so I thought to show her by example, that if she kept on writing she was bound to arrive at the finish line. When I opened my computer, a uni friend had just posted an ancient pic. In it, we (if you read this book, look out for “the band”) were all singing by a lake. Also in the picture was my Beecroft friend, who was visiting me, so distraught by her parents’ recent divorce. I mixed all of these in the opening chapters. After that, I continued with my husband’s true life stories.

My longtime friend and my sister in law were my primary beta readers. But now I have so many friends from the writing world, including professional editors.

Both. A colleague objected on my original storyline of SYDNEY’S SONG, “Don’t you dare torture her anymore!” That’s why I moved it to hubby’s story.

Telling the truth. Always makes me bleed all over again.

On the original draft—nothing. I can write through hail and water. But I need silence when editing—no noise except quiet music and/or the soothing sound of water.

Ah-ha! I have this question in my book! I quote:

“Hey Pete, if you were king of the world, and you could do anything you want, what would you like to turn yourself into?”
“A bird,” he promptly replied. “So I can have a bird’s-eye view. See things better. Easier to comprehend them. And you?”
“An eagle! Not just any bird, but the most majestic of them all.”

My first book, which was written in a different language long before the internet era. I found:
- Some people treasure it as a rare, precious book in Goodreads
- Some people advertised asking where to buy the book
- Some book clubs still discuss it, after three decades have past
- It even has a Facebook page!

Quick writing test! Use the following words in a sentence: harmonize, reluctant, and enterprise.

Although reluctant, I have now started a business enterprise to harmonize my marketing effort with my distributor’s demand.

spending time with my family, working my day job, volunteering for the community, and assessing my friends’ manuscripts.

There are friends who pretend to be friends. But I have been so blessed by many friends who believe in me, work so hard and sacrifice to support me and my work, endlessly tweet and retweet for me, tirelessly spend all their free time translating SYDNEY’S SONG to other languages for me (btw, the Spanish version may come as soon as December!). You know who you are. You have my deepest gratitude. No one will honour me, except the honorable.

Lovely interview, ladies! I assist individuals with disabilities in their job search and find this refreshing, drawing me in.

Find it interesting that you think you know an author because you move in the same social media circles, but you never know that much about them until you read a great author interview like this one. Nice to meet you again, Ia! Had no idea you started writing that young.