Interview with Alivia Anders PLUS Giveaway

Today we're talking with authro Alivia Anders about her ILLUMINE series. The newest edition of the series, RIVEN, launches next month. You can win lots of prizes, so keep reading!

Welcome, Alivia! Tell us a bit about yourself.

Well alrighty! I'm just like any other 21-year-old lost in the void of life after High School. Hah! I write YA Fiction, specifically the wickedness of half-angels, demons, succubi, and anything else that grabs me and compels me to write. I'm terribly addicted to chocolate, fast food, books, and on occasion I get a baking twitch like no other.

Professionally, meaning I make some money off of it? Less than a year. I'm still very 'fresh' to the book world. But I've been writing long before that, going back as far as 4th and 5th grade. It wasn't until middle school, though, when I found RPG Forums for Harry Potter fans, that my writing really took off. 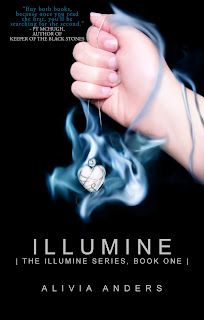 Tell us about ILLUMINE and OMBUMBRATE.

ILLUMINE is the first in the Illumine Series. It follows the story of a girl named Essallie, who's sort of unknowingly turned into the victim of a demonic sacrifice at the hands of her most-definitely ex-boyfriend. It looks like she's about to become the next meal on the demon's menu, when he tries to touch her, and her skin reacts by setting him on fire. After that, it just sort of spirals for poor Essallie, as she finds out everything around her has been one giant cover-up of her life. She finds out she's half-angel, Nephilim, and destined to a life of battling demons as soon as she ascends to her powers. Too bad the demon, Kayden, is stuck hanging around, and does his best to ruin all of her plans while simultaneously trying to help her out. 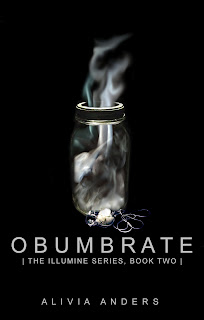 OBUMBRATE, the second book to the series, continues right where ILLUMINE leaves off. Essallie is caught at a crossroads, so to speak; does she take the time she has and the power she's been gifted with and do what she can, or hide in the shadows and let time tick by? She ends up discovering she is very much not alone, that there's another Nephilim, named Ari, who finds her and agrees to help her the best he can. Add in Kayden, and what side he's on is anyone's guess, and a few other new and old characters, and you've got a jam-packed novel of thrills!


Captured, imprisoned, and left to burn.
You know what they say- where there's smoke there's fire...

For the last two weeks, Essallie Hanley has been a prisoner, in more ways than one. Held hostage by the Queen, she is forced to endure the mind-numbing pain tearing her body- and soul -apart, killing her with every tick of the clock. It seems all hope is lost, until one chance moment gives Essallie a name, Rinae Decante, the final person needed for the Queen to unveil her master plan to end Essallie. Armed with this name, and with the help of Ari and Kayden, Essallie breaks free from her captivity and launches in a search for this mystery girl. 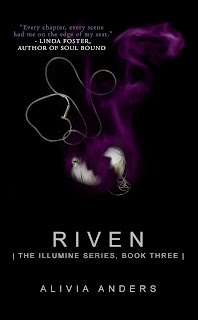 But their search doesn't go as smoothly as planned, and the three soon find themselves fighting against an impenetrable course of fate aimed to destroy them all from the inside out. When Essallie falls victim to her altering soul, they all begin to wonder of there's any chance at all to save themselves from the burning effects of their actions.

Love, lies, and betrayal.
No one is safe from the undoing of secrets surrounding Essallie.


How did the idea of the stories come to you?

ILLUMINE actually started as seven or so pages on a word document one day when I had stayed home from school. I definitely didn't intend on writing a novel, that was never the plan. I just liked writing, and was in the middle of a slump my senior year, where I didn't know which way my life was supposed to go. After writing those key seven pages, I set it aside for months upon months, until I finally started letting the characters speak to me, so to say, and let them tell me how the story was played. It's all water under the bridge from there.

ILLUMINE was pure self-edit, and somedays, I think it shows. I've been told the difference between ILLUMINE and OBUMBRATE is startling, but in a good way. Now, when I finish a book, I usually go through it myself, red pen and all, and let my Mom and some friends crack at it. It's not perfect, but nothing ever is.

Half-in-half, most definitely. I plan based off what I know from the characters, and pants once the story takes off. For example, OBUMBRATE was definitely supposed to end much differently than it did, but once I hit that scene after Kayden and Essallie were in the hallway, I knew it was going to go in a completely different direction. There are some characters, like Lilix and Ursula, who I originally wrote off as small, secondary characters for filling positions and some backstory, but they've taken entire storylines now.

Time. Time is never, ever, EVER, on my side.

Something to drink, preferably the non-alcoholic kind, since I was my writing to actually make sense when it's done. Hah!

Time-freeze. I'd stop time for weeks, finish novels, and then start back up with stacks of stuff done.

Oh my. This might not be appropriate. Well, the most PG thing I've randomly Googled was Ebola. I wanted to know every detail about the disease. If I wasn't a writer, and I had the grades for it, I probably would have went somewhere into the medical field for microbiology, or pharmaceuticals. I love knowing ins and outs about medication, illness, all of it.

Quick writing test! Use the following words in a sentence: patronizing, impairment, and crackle.

"If you're think I'm impaired, check out Mr. Self-Patronizing over there with his alcohol-doused, crackling Pop-Rocks."

Sleeping. Or drinking coffee and wishing I was writing.

I wish I could dedicate a dozen pages to the names of everyone who has helped, supported, and encouraged me these last few years. I've spoken to authors, big and small alike, and learned more the last half-year than I ever did in my life. I've met teachers, specifically my Cultures teacher Mr. Dow, and English teacher Mrs. Kern, who both unknowing and knowingly alike pushed me and made me feel better about myself. Heck, even another one of my Cultures teachers, Mr. Orr, is a writer himself! (Bonus too, he's a kick-butt teacher and made me love the law system.) I've met fans of all ages, online and in person, thank me and hug me. Bloggers like Jodie from Uniquely Moi Books, Jessica from Hopelessly Devoted Bilbliophile, and Megan here at Reading Away the Days, I've made so many friends through this world, it's madness. And my parents, oh my gosh my parents, they've put up with just about every mood I could throw at them and still haven't kicked me out of the house, now THAT is love.

I guess what I'm trying to say is, if I've made contact with you in the last few years, you've unknowingly made me a better person, a better writer, friend, everything. And I thank you!

Well, that's easy! You can find, and buy, my books through Amazon, Barnes and Noble, or off my blog if you're itching for a signed one!

Don't forget to leave a comment and enter the giveaway!

Posted by Dorothy Dreyer at 7:46 am
Email ThisBlogThis!Share to TwitterShare to FacebookShare to Pinterest
Labels: Alivia Anders, blog tour, giveaway, Illumine, Ombrumbrate, Reading Away The Days, Riven, YA Paranormal

Congratulations to Alvia for all of her success! Thanks for introducing us to her Dorothy. :)