Today I'm happy to host a fellow writer and friend: Nicole Camp, author of Shadow Born. Check out her book and learn more about her. 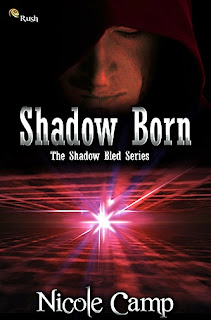 Eighteen-year-old Raffin has been in hiding on Earth since before he was born, but he’s more comfortable in the shadows anyway. He’s part of one of the most hated races in the universe. It’s a secret he’s forced to keep from everyone he meets.
On his first day at a new high school, Arianna Val crashes into his world, literally. One tumble on the track field and suddenly she’s acting like they’re best friends. Worse, Raffin doesn’t mind her invading his shadows — and that’s before he realizes she knows his secret. But, she’s not quite human, herself and her very life force is what Raffin needs to survive.

Can he trust her to keep his secret? Can he trust himself with Ari when his body yearns to drain her soul? Assailed by memories of death and destruction that aren’t his own, Raffin has to come to terms with the truth. He is shadow born.


“I sit under the big elm at lunch, if you wanna join me,” she replied. I assumed she was trying to be nice, friendly to the new kid. Before I could reply she had vanished around the corner, headed for the girls’ locker room. I chuckled in spite of myself, shaking my head as I walked back to the boys’ side. If she knew the real me, she’d reconsider that lunch date. 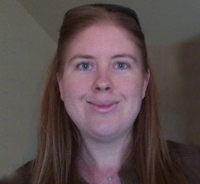 Author Bio:
Author Nicole Camp has written three books to be published by Entranced Publishing.
Her first book, "Shadow Born" will release Oct. 14th, 2013; followed by "Shadow Throne" and the first book in a separate series "The Lady of Ispa : Magic & Meru" sometime in 2014.

Nicole is an ice cream lover, who lives in Arizona with her family and two pets. She is always working on her next writing project. When not writing, she likes to explore the world through photography, snapping pictures of her surroundings.