Cover Reveal: The Undertakers: Secret of the Corpse Eater, by Ty Drago 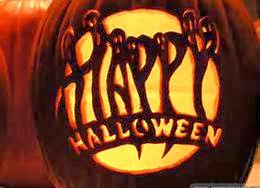 That being said, I am excited to have a Halloween Double Header. We start with a cover reveal for our Month9Books brother, Ty Drago's novel THE UNDERTAKERS: SECRET OF THE CORPSE EATER (and it's quite a cover!). Then, don't forget to scroll down for an interview with Trisha Haddad. But, first things first...

The Corpses are up to something.

U.S. Senator Lindsay Micha had been kidnapped and replaced with a “dead” ringer, the sister to Lilith Cavanaugh, the Queen of the Dead. Now Will Ritter must go undercover in our nation’s capital to ferret out the truth and try to stop this ambitious deader. But his mission becomes even more dangerous when he learns of a mysterious ten-legged monster that prowls the halls of the Capitol Building — a lethal monster with a taste for Corpse flesh.

Can such an alien “enemy of his enemy” truly become Will’s friend? 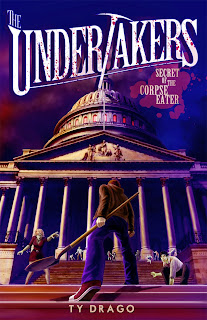 In addition to the first two books in UNDERTAKERS series, RISE OF THE CORSPES and QUEEN OF
THE DEAD, Ty Drago is the author of PHOBOS, a Science Fiction whodunit and THE FRANKLIN AFFAIR, an historical/mystery about Benjamin Franklin. His short fiction has appeared in numerous venues, including the 2009 anthology YESTERDAY, I WILL ..., and he has written articles for WRITERS DIGEST. His first UNDERTAKERS novelette, NIGHT OF MONSTERS, is currently available for FREE on Smashwords.com and barnesandnoble.com.

Posted by Elizabeth Holloway at 10:38 am
Email ThisBlogThis!Share to TwitterShare to FacebookShare to Pinterest
Labels: cover reveal, MG adventure, MG paranormal, The Undertakers: Secret of the Corpse Eater, Ty Drago