If you like mysteries, manga, or fantasy, you just might like today's interviewee. TJ Perkins is here to discuss her well-rounded career as a writer and publisher.

TJ Perkins is a gifted and well-respected author in the mystery/suspense fantasy/manga genre. Her 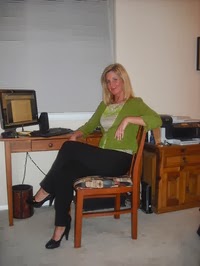 Finished works of her young reader’s chapter books are entitled: The Fire and the Falcon (which won two chapter book awards), Wound Too Tight, Mystery of the Attic, and On Forbidden Ground. Published books in the Kim & Kelly Mystery Series include: Fantasies Are Murder, The Secret in Phantom Forest, Trade Secret, Image in the Tapestry (which won a chapter book award) and In the Grand Scheme of Things (all with GumShoe Press 2006).

Mystery of the Attic was made into a play by the Café Theater in NJ, Oct. 2005. TJ has developed an all new cross-genre of fantasy/manga. Silver Leaf Books publisher her 5-book series Shadow Legacy; book 1 is an award-winner.

Welcome to We Do Write, TJ. How long have you been writing?

Since I was 14.  I realized I had a knack for it when I was 12, but started to perfect storytelling in high school.  I finally got serious 18 yrs ago.  I’ve been published for the past 8 yrs.

Tell us about your books. What have you published? 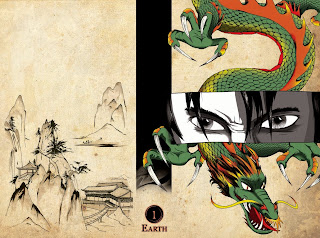 I started off getting published with POD publishers then realized my mistake 3 yrs later. At that time I took all I had, which was my first 8 YA mysteries and formed my own company GumShoe Press.  I put out the following:
Wound Too Tight
Mystery of the Attic and the sequel On Forbidden Ground
5 books in the Kim & Kelly Mystery Series include:
Fantasies Are Murder
The Secret in
Trade Secret
Image in the Tapestry (award-winner)
In the Grand Scheme of Things

I was then picked up by Silver Leaf Books and 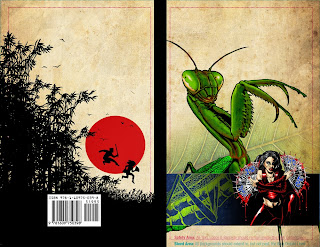 contract to do a 5 book fantasy series for teens entitled Shadow Legacy.  The first 3 books are out with books 4 & 5 to follow in 2014.

How did the story ideas come to you?

Mystery of the Attic was based on things that really did happen to me when I was 13 yrs old while living in an old farm house.  So, that one was easy.  I grew up loving Nancy Drew, Agatha Christie, Sherlock Holmes and all the greats and wanted to create a new mystery series for African American girls, thus Kim & Kelly were born.  The idea for Shadow Legacy was sort of wacky.  I fell in love with Anime because of my kid’s interest, and video games (mainly Final Fantasy).  So, I decided I wanted to write a story using the only thing that hadn’t been ‘written to death’ and that was ninjas.  I took all that I’ve seen, all that I knew, all my past experience in martial arts and weapons and created a story that has become the first cross-genre of its kind – fantasy/manga, which is fantasy that reads like a good manga.

Fabulous! My daughter loves manga and fantasy. I see an extra visit to Amazon in my future ... Do you have a critique group/partner or beta readers, or do you self-edit? 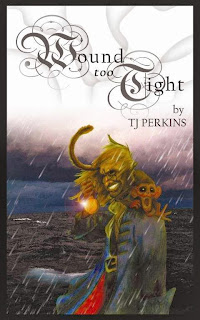 I have no help at all with my books.  If I need an editor for my personal work I have to find someone and pay them. Silver Leaf Books provides the editor for Shadow Legacy.

I start off as a plotter, and then as the story progresses I become a pantser

The ending of any story

I’m just doing research for my newest novel, but I what am really waiting for the last book by Maria V. Snyder “Taste of Darkness” from her Healer series.  Maria and I are good friends and she always conducts a writing workshop with me at Balticon. 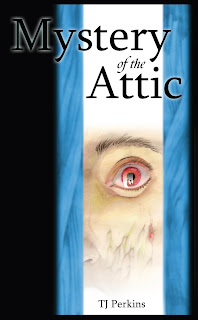 To communicate with animals and nature

That would be awesome! I have so many questions just for my pets that I'd never leave the house. What's the weirdest thing you've googled?

Finish this sentence: If I'm not writing, I'm probably ... working or at the gym

MYSTERY OF THE ATTIC- AMAZON

Thanks for joining us today!

Posted by Elizabeth Holloway at 10:12 am
Email ThisBlogThis!Share to TwitterShare to FacebookShare to Pinterest
Labels: Art of the Ninja: Earth, Heart of the Ninja: Water, Mystery of the Attic, On Forbidden Ground, Power of the Ninja: Fire, TJ Perkins, Wound Too Tight, YA manga-fantasy