Today, we are happy to have C. Lee McKenzie here for a chat. Her newest YA contemporary novel, Double Negative, is out now! Check it out! 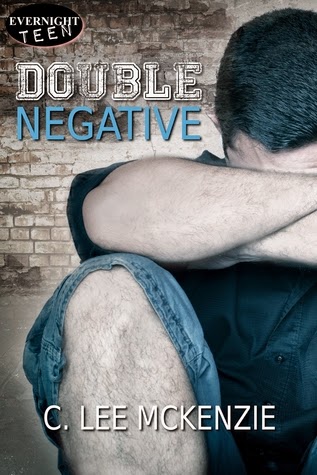 “My life was going, going, gone, and I hadn’t been laid yet. I couldn’t go into the slammer before that happened.” Hutch McQueen.

Sixteen-year-old Hutchinson McQueen is trapped between an abusive mother and an absentee father. Shackled by poor vision and poor reading skills, he squeaks through classes with his talent for eavesdropping and memorizing what he hears. After another suspension from school and suffering through one of his mother’s violent attacks, he escapes to a friend’s house that turns out to be a meth lab. The lab is raided and Hutch lands in juvenile detention. When the court sentences him to six months in a new juvenile program, he meets a teacher with Alzheimer’s who will change his life and hers.

Welcome to We Do Write! Congrats on the release of Double Negative.  This is your fourth published novel.  Does it get any easier to write and publish the fourth time around?  What were the biggest differences?

No, it wasn't easier. This book was challenging for me. I had to back track a few times and take a new path each time before I sorted out how to tell Hutch McQueen’s story. I had trouble getting his language down. I didn’t have this kind of struggle with my other books, so that’s the biggest difference.

It’s about a sixteen-year-old named Hutch McQueen. He can barely read and  he’s trapped in a dysfunctional family. When he tries to escape, he chooses the wrong way and lands in juvenile hall. This is probably the best break Hutch gets in life because he meets a priest and a teacher who want to give him another chance at the freedom he craves. All he has to do is listen, but that’s really hard for him, almost impossible.

Quick character insight: If your main character, Hutch, was getting ready to celebrate Christmas tomorrow, what would he most wish to find under the tree?

It depends on whether your talking about Hutch at the beginning of the story or Hutch at the end. In the beginning, he’d want money so he could buy a car. In the end, he’d cherish a computer. Ironically, he does share a Christmas in the book. I won’t tell you what he gets as a present.

Aspiring authors want to know... How do you take a seed of an idea and grow it into a whole novel, full of subplots, twists, and three dimensional characters?  Any writing-process secrets you can share?

Well, my family would tell you that I daydream a lot, so when I'm writing a story it's better if one of them drives.

Seriously, I listen to my characters, let them tell me about who they are and what they want. I often put down notes in a spiral notebook that's more of an appendage than my arm, and when I'm ready to write a scene,  I can refer to those notes. They are my small seeds and I grow them into scenes. Gradually, these scenes come together to create my book. . .that’s if I’m lucky. Not all my notes become books.


Finally, can you tell us the best piece of advice you’ve ever been given?

"Get over it!"
I have a tendency to hold on to slights or grievances for a long time. My sister-in-law, who never held on to these things, gave me that advice and it was excellent. Very freeing.


Now here’s my last question. If you were stranded on a desert oasis and only had the supplies to celebrate one holiday, which one would you pick and why?

Halloween, hands down. There' s no expectations of anything by anyone, except to find some outlandish costume and behave a bit wacky!  There's the color of autumn everywhere, harvest of the last summer crops,  and brilliantly orange pumpkins that are easily carved into grinning ogres. Oh, and then there's all that candy. Yep. Halloween would be my pick. 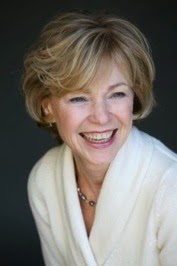 In my other life--the one before I began writing for teens and younger readers--I was a teacher and
administrator at California State University, San Jose. My field of Linguistics and Inter-cultural Communication has carried me to a lot of places in the world to explore different cultures and languages. I can say, “Where’s the toilet?” and “I’m lost!” in at least five languages and two dialects. Go ahead. Pat me on the back.

My idea of a perfect day is one or all of the following: starting a new novel, finishing writing a blockbuster novel, hiking on a misty morning trail in the Santa Cruz Mountains, saying Namaste after a great yoga practice, sipping a cappuccino topped at a bustling café, reading in front of a fire with snow outside, swimming in an ocean someplace.

Yes! Halloween all the way. =) *high five* Who doesn't want to dress up and live in a strange and different world for an evening?