Happy Tuesday, folks! It's a beautiful day for an interview! What do you think? Luckily, Marilyn Almodovar has stopped by to answer some questions about herself and her newest YA paranormal novel, FISSURE. 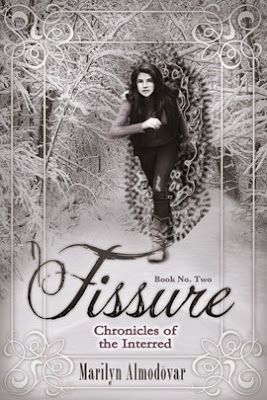 Baxter Jacobs just survived the worst Sweet Sixteen in history: buried in a coffin, hunted down by
assassins, and losing almost everything that mattered to her. She’s ready for some normalcy, but “normal” won’t play any part of this Time Bender’s future.

Now that the immediate threat is over, Baxter learns just how much the English Council expects of the newest Interred. The pressure has her seriously considering her uncle’s offer to take her to New York, especially since she thinks it will keep her Healer, Jack, from overusing his abilities. Knowing the New York Council’s ranks are filled with beings using dark powers, however, makes her hesitate.

Before she can choose, the decision is wrenched from her. Fissures in Time result in a new battle with an old enemy. Someone she thought she’d lost reenters her life, and she’ll discover a web of lies woven into the fabric of Time…lies only she can unravel. Baxter will have to use her growing abilities to try and reveal the truth, even if it forever changes the reality she knows.

There are lies in the fabric of Time only she can unravel.

Welcome to We Do Write, Marilyn! Tell us a bit about yourself.

I’m a Young Adult author, and I’m also mum to two boys. Currently I live in Florida, where I escape the heat by writing about winter and England. I’m a bit obsessed with Doctor Who, and everything Stephen King. And I’m great at baking. Or at least, I like to think so.

I’ve been writing since I was 12, but I didn’t really think about publishing until I was in my mid-thirties.

Tell us about FISSURE. What’s the story about?

Fissure is the second book in the Chronicles of the Interred series. It follows Baxter Jacobs, a sixteen year old girl who, shortly before her birthday, discovers her mother has been keeping many secrets...among them, the fact that her family is Magical. Baxter’s adapting to being a Time Bender and everything that it entails.

Thanks to the Florida heat. In the middle of a very hot winter, I found myself longing for a cold English winter, and one of the characters, Declan, came to mind then. From then on, I became a bit obsessed about him and the other characters that suddenly appeared in my mind.

Usually I email my friend Lindsay first, and let her read through everything. We’ve been friends for a long time, so I trust her input. Once I’ve finished writing and editing as much as I can, the book goes to my editor, and then once everything is ready, it goes to beta readers, who do an amazing job by pointing out what needs to be clarified and letting us know if there’s anything else that needs to be checked.

I’m a pantser, through and through.

Reining in my characters. Sometimes they want to go their way, and many times, well, that’s not where I want to go. I do listen to them 90 percent of the time.

I would love to be able to bend Time like Baxter. It would be quite awesome, and I wouldn’t have to wait for The Doctor to show up and take me in the TARDIS with him.

I could tell you, but I’m sure that the English Council of Magical Beings wouldn’t approve.

You can check out my blog at www.marilynalmodovar.com , follow me on Twitter @LynAlmodovar . My books are available on Amazon and Barnes and Noble, as well as Indie Bound. 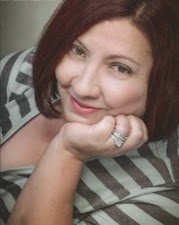 Marilyn Almodóvar is the author of a series of YA paranormal novels. Born in Ft. Huachuca, Arizona, Lyn is a lover of words whose reading tastes range from Victorian novels to the books of Stephen King. Her favorite past-times have always been reading and writing, two activities that let her escape to other worlds.
It was this love that propelled her to choose Theater and French as majors in University, with a minor in English Victorian Literature. Lyn lived for almost a decade in England followed by three years in France before returning home to the States. A self-confessed citizen of the world, she is fluent in English, French and Spanish, with basic knowledge of the Italian language.

Lyn could happily exist breathing the clean air of Narnia, trapped in a cupboard under the stairs with Harry, fighting alongside Captain Jack Sparrow, doing an internship in Torchwood, or traveling around time and space with the Doctor…as long as she can have Mr. Spock, Captain Kirk and Captain Mal as companions.

Lyn currently lives in Central Florida with her French husband, English-born eldest son, and French-born youngest son. Her debut YA Novel, Interred, was published by Iambe books on 01/22/2013.

Thanks for being on the tour, Elizabeth! :)

Thank you so much for the giveaway! Its awesome! This book sounds really good :-D great interview ;-)