All that’s required to ignite a revolution is a single spark rising. 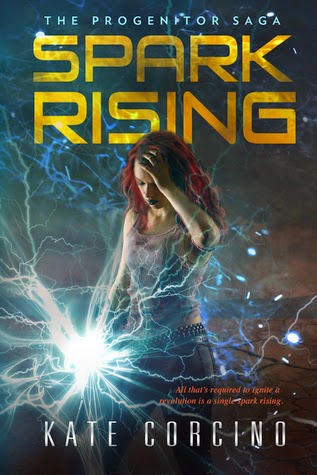 Two hundred years after the cataclysm that annihilated fossil fuels, Sparks keep electricity flowing through their control of energy-giving Dust. The Council of Nine rebuilt civilization on the backs of Sparks, offering citizens a comfortable life in a relo-city in exchange for power, particularly over the children able to fuel the future. The strongest of the boys are taken as Wards and raised to become elite agents, the Council’s enforcers and spies. Strong girls—those who could advance the rapidly-evolving matrilineal power—don’t exist. Not according to the Council.

Lena Gracey died as a child, mourned publicly by parents desperate to keep her from the Council. She was raised in hiding until she fled the relo-city for solitary freedom in the desert. Lena lives off the grid, selling her power on the black market.

Agent Alex Reyes was honed into a calculating weapon at the Ward School to do the Council’s dirty work. But Alex lives a double life. He’s leading the next generation of agents in a secret revolution to destroy those in power from within.

The life Lena built to escape her past ends the day Alex arrives looking for a renegade Spark.

In Spark Rising, Lena Gracey trusts the wrong man to keep her family safe, and it costs her freedom. In custody, she tries to stay one step ahead of the Agents determined to learn what they can about her rare power. When her mother is brought in as a means to control her, Lena will do whatever it takes to keep her safe, and only one man in the room is smart enough to be worried.

“What do you want me to tell you?”

Lucas cocked his head, and his mouth twisted at the corner. “Tell me?” His voice still had the purring, pleased burr beneath it.

Lena gritted her teeth. “What do you want to know?”

“Oh.” He frowned as if puzzled. “I thought it was obvious.” He leaned in, careful not to touch her. “I want to know your limits.” His nostrils flared again. He pulled back, sinuous as a cobra. Then he struck.

His right hand shot down across her, ripping off the electrodes at her temples. His left hand gripped her mother’s hair. He pulled her head back and stuck the electrodes to the skin of her temples.
Her mother didn’t even try to fight him. She stood almost serenely beside Lena.

“Mama, please. Do something. Fight back.” The buzz in her head quieted with the electrodes gone from her temples, but the current still burned into her from the others.

Lucas grinned. “Fight back? Against the three men in the room? How should she do that?” He flexed his hand in her mother’s hair, moving her head with the tightening of his fingers. “She’s not like you. She’s not strong, is she?”

He laughed softly. “It’s up to you, Lena. If you want to help her, you’re going to have to show us what you can do.”

A soft curse came from the corner. “You’re a fool, Lucas,” Reyes said. “What do you think is going to happen if you piss her off enough to break free? What if your little set-up there can’t hold her?”

Lucas rolled his eyes at the interference. He didn’t bother to turn to Reyes.  “It’ll hold. It always holds. And we always get what we need out of them.” 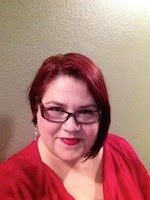 Kate Corcino is a reformed shy girl who found her voice (and uses it…a lot). She believes in magic, coffee, Starburst candies, genre fiction, descriptive profanity, and cackling over wine with good friends. A recovering Dr. Pepper addict, she knows the only addiction worth feeding is the one that follows the “click-whooooosh” of a new story settling into her brain.
She also believes in the transformative power of screwing up and second chances. Cheers to works-in-progress of the literary and lifelong variety!

She is currently gearing up for publication of Ignition Point and Spark Rising , the first books in the Progenitor Saga, a near future dystopian adventure series with romantic elements, science, magic, and plenty of action.

Thank you so much for participating in the blitz! I really appreciate it your time and space!