Interview With Scott Craven, Author of Dead Jed 2: Dawn of the Jed

Today we are happy to have Scott Craven here to answer a few questions about himself and his newest release, Dead Jed 2: Dawn of the Jed, which I cannot wait to get my hands on! But before we delve into the questions, here's a bit about the book! 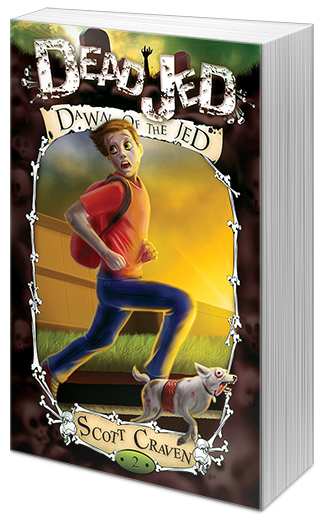 The first part of seventh grade was rough on Jed, but things are looking up now that Christmas is
almost here. As with past Christmases, Jed asks for the one thing he’s always wanted–a dog–and again, his parents tell him they’re not ready. But fate has a different plan when Jed sees a dog get run over by a car. Then, it happens. Jed suddenly has a pet, Tread, a zombie dog bearing his namesake–a tire tread down his back. Jed may have gained a dog, but he loses his best friend Luke, who fears the way Jed created his undead pet.

When Jed returns to school, he finds a mysterious group called the No Zombies Now Network spreading rumors of the dangers the undead pose to normal people. Forced to disprove Hollywood stereotypes, Jed has his work cut out for him as stories of a zombie dog begin to circulate. Jed could be expelled if he can’t expose the NZN Network as a fraud. Jed needs help from his kind of girlfriend Anna, especially after he discovers Luke has joined the shadowy group.

Once again navigating the treacherous waters of middle school, Jed does his best to stay in one piece. Only this time he’ll need even more duct tape and staples than usual.

Welcome to We Do Write, Scott! Wow! Congrats on the release of Dead Jed 2: Dawn of the Jed! How did the idea of the story come to you?

As Jed finished seventh grade on a high note, you knew the good times couldn’t last, not when the bully Robbie was primed for payback. This time I wanted to throw something new into the mix I’m a huge dog lover, having grown up with a canine or two in the house. It was time for Jed to get his own pet. But is a zombie going to have a normal canine? Not a chance. I knew what had to be done.

I love the idea of Tread! Can't wait to read your take on a zombie canine. Are you a plotter or a pantser?

Plotting is for the organized. While “Dawn of the Jed” took me to unexpected places, my favorite zombie absolutely threw me off the trail as I took on the third book.

Starting. That’s why my previous day’s finish is so important. I try to leave off in a place where I know what’s going to happen next. It makes it so much easier to sit in front of the keyboard when I can say, “OK, Jed’s in big trouble, but with the help of his magical zombie powers, he stops, shoots, and swish.” Or something like that.

Starting is HARD! I will have to try your approach. What do you absolutely have to have nearby when writing?

I start very early in the morning, so I need coffee. I have the benefit of a fulltime writing job that keeps me busy Monday through Friday, so I need to walk the dog, read the newspaper and surf the Net a bit before I’m ready to tackle Jed’s further adventures. Did I mention coffee?

I just finished “The Bone Clocks” by David Mitchell. I wish I had one percent of his talent. I’m in the middle of “The Troop” by Nick Cutter. If you love spine-tingling thrillers, give this one a shot. It’s not for the weak of stomach. You’ve been warned.

It was flying, but now I want the power of DNA manipulation. I’d twist my personal strand to resemble a genetic collision of David Mitchell, Stephen King and Charles Dickens. It may result in a time-traveling French Revolution ghost story in which a vampire dog teams with an underground group of immortals to avert the end of the world by convincing a truly cruel individual to mend his ways, but it would be really interesting.

I'd read that! What's the weirdest thing you've googled?

Watching all the crap I record on my DVR. Truly, I am not proud of my TV tastes, but I’m having too much fun to stop now.

So many thanks to the three people who gave me so much before vanishing from this earth: My mom, my mentor, my best friend. And shout-outs to my loved ones who keep me grounded, always reminding me what’s truly important. And it’s not money, fame or power. Or even fantasy football. Thank you Dad, Bryson and Melissa. 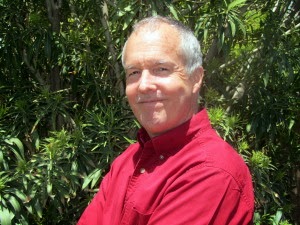