Today I'm reviewing DEAD JED: RETURN OF THE JED by Scott Craven, the third installment of the Dead Jed middle grade book series. First, a little info on the book itself. 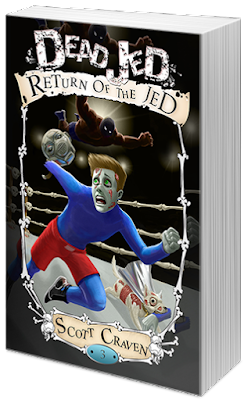 With seventh grade behind him, Jed jumps at the opportunity to spend the summer in Mexico with his dad. But there’s just one catch: Luke and Tread get to tag along.

​In Mexico, fitting in​might be easier than Jed imagined, ​with Holidays such as Dia de los Muertos (Day of the Dead)​.​ Here, a ​rising 8th grade zombie ​boy ​and his zombie dog ​won’t draw that much attention.

Their antics manage to ​capture the attention of a doctor​ who​se knowledge of the undead ​caus​es Jed to question his very existence. ​Is this the answer Jed’s been hoping for since his parents sat him down for the “you’re a zombie” talk? Jed may have finally found a way to be normal, but at what cost?

This is a series that is very close to my heart. Craven's laugh-out-loud humor feels like home, my heartstrings playing songs of middle school guffaws and witty punch lines. But it's not just the humor that kept me reading; it was the main character. Jed is truly genuine and good-hearted, the kind of kid you hope your kids make friends with, and I couldn't help but feel sympathy for his plight in life. It isn't easy being the odd-zombie-out. But that's where this book gets super interesting.

After finding himself in extraordinary circumstances on a trip to Mexico—circumstances that had me simultaneously cringing and chuckling with every body detachment he underwent—Jed ultimately finds himself at a crossroads. When a doctor offers him a chance to be like everybody else, Jed has to decide if that's really what he wants. After all, you know what they say: be careful what you wish for. I couldn't get through the last few chapters fast enough; I NEEDED to find out what he would decide, and if the doctor in question would truly deliver what he promised. Nails were bit and breaths were held, and at the end of it all, I came away very satisfied with the end of the book.

If you know a middle-grader who loves to laugh or sometimes feels out of place and needs some reassurance to be true to him/herself, this series is a must. 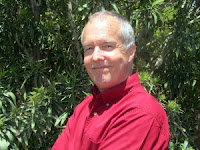 Scott Craven is a proud graduate of Cal Poly, San Luis Obispo. He has one son and is a features writer for The Arizona Republic.