Welcome to this week’s Two for Thursday! #T4T
presented by Month9books/Tantrum Books!
Today, we will be showcasing two titles that will tickle your
fancy,
and we’ll share what readers have to say about these titles!
You just might find your next read! 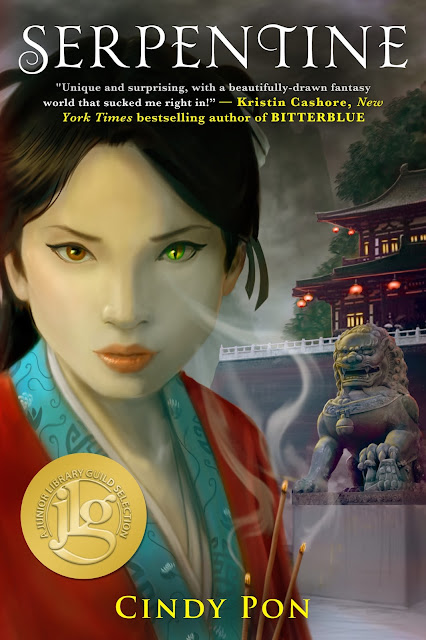 SERPENTINE is a sweeping fantasy set in the ancient Kingdom
of Xia and inspired by the rich history of Chinese mythology.

Lush with details from Chinese folklore, SERPENTINE tells
the coming of age story of Skybright, a young girl who worries about her
growing otherness. As she turns sixteen, Skybright notices troubling changes.
By day, she is a companion and handmaid to the youngest daughter of a very
wealthy family. But nighttime brings with it a darkness that not even daybreak
can quell.

When her plight can no longer be denied, Skybright learns
that despite a dark destiny, she must struggle to retain her sense of self –
even as she falls in love for the first time.

“Serpentine is unique
and surprising, with a beautifully-drawn fantasy world that sucked me right in!
I love Skybright’s transformative power, and how she learns to take charge of
it.” ~Kristin Cashore, NYT Bestseller of the Graceling Realm Series


“Serpentine’s world
oozes with lush details and rich lore, and the characters crackle with life.
This is one story that you’ll want to lose yourself in.” ~ Marie Lu, New York
Times bestselling author of Legend and The Young Elites


WHAT READER’S ARE SAYING:


"Serpentine is a beautifully written, diverse book with
a unique mythology that isn't common place in YA books, which is sad to say. We
need more books like this one."~ Katie
Blogger @ Mundie Moms

"Cindy introduces us to a story that is steeped in
Chinese mythology. For me, that was a refreshing break from the Greco-Roman and
Egyptian mythologies I studied in school. Although, the world-building was
something new to me, the story itself was very familiar. SERPENTINE is a
journey of discovery -- discovering who you are and how you fit into a destiny.
That's a plot I will never get tired of reading, especially since Cindy
presents it so well." ~ Sophie
Blogger @ PageTurners

"Cindy Pon captures your imagination with beautifully
written world building and freshly dynamic characters. You will find yourself
completely engulfed in this world of Chinese mythology and fascinating
worlds." ~ Reading
Teen 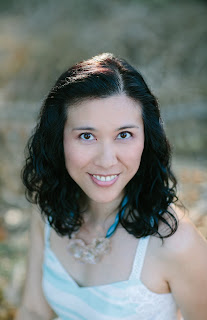 Cindy Pon is the author of Silver Phoenix (Greenwillow,
2009), which was named one of the Top Ten Fantasy and Science Fiction Books for
Youth by the American Library Association’s Booklist, and one of 2009′s best
Fantasy, Science Fiction and Horror by VOYA. The sequel to Silver Phoenix,
titled Fury of the Phoenix, was released in April 2011. Serpentine, the first
title in her next Xia duology, will be published by Month9Books in September
2015. She is the co-founder of Diversity in YA with Malinda Lo and on the
advisory board of We Need Diverse Books. Cindy is also a Chinese brush painting
student of over a decade. Visit her website at www.cindypon.com. 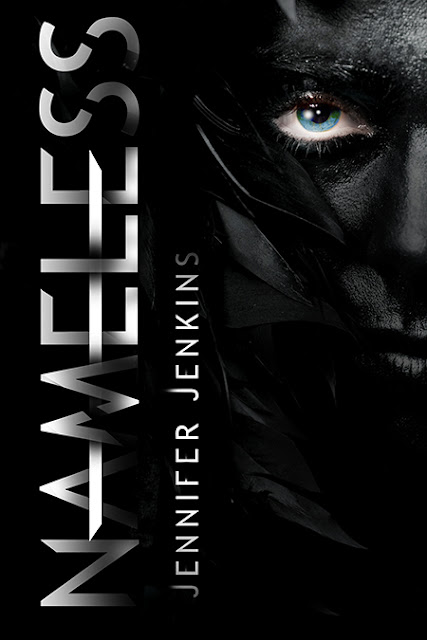 Four clans have been at war for centuries: the Kodiak, the
Raven, the Wolf and the Ram. Through brutal war tactics, the Ram have dominated
the region, inflicting death and destruction on their neighbors.
Seventeen-year-old Zo is a Wolf and a Healer who volunteers to infiltrate the
Ram as a spy on behalf of the allied clans. She offers herself as a Ram slave,
joining the people who are called the “nameless.” Hers is a suicide mission –
Zo’s despair after losing her parents in a Ram raid has left her seeking both
revenge and an end to her own misery. But after her younger sister follows her
into Rams Gate, Zo must find a way to survive her dangerous mission and keep
her sister safe. What she doesn’t expect to find is the friendship of a young
Ram whose life she saves, the confusing feelings she develops for a Ram
soldier, and an underground nameless insurrection. Zo learns that revenge,
loyalty and love are more complicated than she ever imagined in the first
installment of this two-book series.


WHAT READER’S ARE SAYING:
"Wow....WOW, WOW,
WOW! I have no words to describe how much I love this book. Jenkins writes
characters who are just so easy to love, and when you love a character it makes
the book so much better. And I loved all the characters. Zo, Tess, Joshua and
Gryphon. Gryphon is definitely my favorite - but who wouldn't love Gryphon? Of
course I do have a soft spot for our heroine, Zo." ~Bri,
Blogger @ Once Upon A Twilight

"Nameless
destroyed me in the best way possible. The romance was subtle, but written
beautifully. The plot was very intriguing and the pacing was spot on. I loved
the entire cast of characters, every single one of them added to the story.
Trust me when I say you should preorder it, add it to your TBR, request it from
your library, do whatever you have to do to get this book in your hands because
if you are a YA fantasy fan like me you need this book in your life!" ~Bridget,
Blogger @ Dark Faerie Tales

"NAMELESS is epic
storytelling at its best. My mind is still reeling from the world that I have
just been immersed in and I don't want to leave it. Can I please have the
sequel NOW? Because I need to know what happens next but in the meantime I'm
just going to re-read it again and again. Is it that good, you may ask? Hell
yes!!! And you will think so too. Trust me." Nancy,
Blogger @ Tales of A Ravenous Reader

"To say that I
love this book is an understatement. It completely blew me away! I am so happy
that I took a chance on it. NAMELESS is one book that you can re-read over and
over again and it will still feel fresh! I cannot wait for the world to read it
and fall under the NAMELESS spell. Because that’s what I feel like I am under,
a spell that has me trapped in Zo's world and won’t let me out! I don’t want
out!"~Damaris,
Blogger @ Good Choice Reading

"Wow this one was
addictive!! For fans of An Ember in the Ashes, Under the Never Sky, and The
Winner's Curse, Nameless captured my attention and held it until the very end.
Quick read. Slowburn romance. Great world-buildling. Awesome plot." ~ Rachel
Blogger @ A Perfection Called Books

"From the start
of the story until the very last page, Jennifer Jenkins took me on an emotional
ride. Through action, and heartbreak, and healing and relationships forming out
of hatred and mistrust, she has created a story of hope and faith and choosing
how you want to live your life, and the beliefs that you want to hold,
regardless of others around you." ~ Jaime
Blogger @ The Best Books Ever

"Fantasy fans, do
not miss out on this epic new series. It's got everything that you could ever
possibly want out of a all-consuming fantasy book: fierce characters, twisty
plot, stunning world building, captivating prose and my favorite, a romance
that will make you want to shout out your love for the couple at the top of
your lungs. Do yourself a favor, and buy this book right away." Nick,
Blogger @ Nicks Book Blog


"Electrifying and
intense and instantly and completely captivating, NAMELESS is one of those
reads that will make you race through the pages to find out what’s going to
happen next. With a fascinating new world to discover, one that is primitive,
harsh, brutal, and intriguing new characters to meet who are fierce and
determined and deadly, some of whom are cruel and others who are compassionate,
you will be immediately pulled into the story and you’ll never want the journey
to end." ~ Rachel
blogger @ Fiktshun

With her degree in History and Secondary Education, Jennifer
had every intention of teaching teens to love George Washington and appreciate
the finer points of ancient battle stratagem. (Seriously, she’s obsessed with
ancient warfare.) However, life had different plans in store when the writing
began. As a proud member of Writers Cubed, and a co-founder of the Teen Author
Boot Camp, she feels blessed to be able to fulfill both her ambition to work
with teens as well as write Young Adult fiction.

Jennifer has three children who are experts at naming her
characters, one loving, supportive husband, a dog with little-man syndrome, and
three chickens (of whom she is secretly afraid).
Visit her online at jajenkins.com