Today Jen McConnel and Month9Books are revealing the cover and first chapter for TRIUMPH OF CHAOS the final book in the Red Magic Series, which releases March 8, 2016! Check out the gorgeous cover and enter to win the complete eBook series!!


A quick note from the author:

I can’t tell you how bittersweet it is to see the cover for Triumph of Chaos. In a few weeks, the Red Magic series will be entirely in your hands, and while it’s hard to let these characters go, I’m thrilled that you’ll be able to follow Darlena as her journey culminates in Triumph. The cover is a perfect way to wrap up this trilogy, and I hope you love it (and the story!) as much as I do. Red Magic has been a part of my life for five years, and of all the characters I’ve created, Darlena feels the most familiar, the most real to me. I can’t wait for the last installment of her story to be out in the world!

On to the reveal! 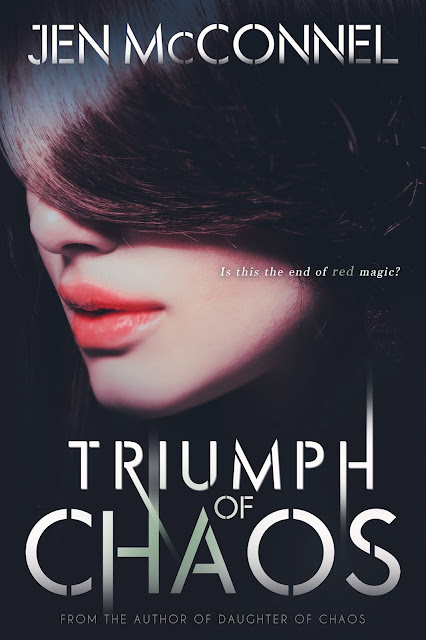 After the disaster in Europe, Darlena’s starting to get desperate. She knows the only way to defeat Hecate and the other crazy Red Gods is by banding together with other Witches, but is it any wonder she has a hard time trusting them?

With Izzy’s support, Darlena begins making fragile strides toward repairing the mess she made, but she just can’t catch a break. As chaos runs rampant around her, Darlena begins to think that things would be better if she’d never become a Red Witch in the first place. But there’s no way to change the past…is there?

The final book in the Red Magic series brings Darlena face to face with impossible odds, and a terrifying choice. 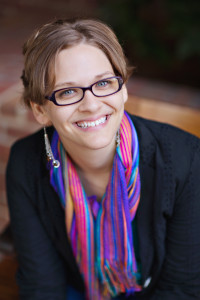 Jen McConnel first began writing poetry as a child. Since then, her words have appeared in a variety of magazines and journals, including Sagewoman, PanGaia, and The Storyteller (where she won the people’s choice 3rd place award for her poem, “Luna”).

She is also a former reviewer for Voices of Youth Advocates (VOYA), and a proud member of SCBWI, NCWN, and SCWW.

A Michigander by birth, she now lives and writes in the beautiful state of North Carolina. She's a graduate of Western Michigan University, and she also earned her MS in Library Science at Clarion University of Pennsylvania.

When she isn't crafting worlds of fiction, she teaches writing composition at a community college. Once upon a time, she was a middle school teacher, a librarian, and a bookseller, but those are stories for another time.


1 winner will receive the all 3 Red Magic eBooks. International.