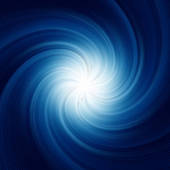 Often writers are told to avoid flashbacks. In some cases this advice is wise. However, if used judiciously flashbacks are a powerful writing tool, especially for deepening character. What’s important is when and why characters choose to remember, what they remember, and the emotion or emotions the memory evokes.

One of the most important things to remember is to only use flashbacks at a point in the story where they will have a direct impact on the ongoing action. For example, a flashback can justify a character doing something that goes against how they have behaved up until that point in the story by showing a past event that serves as a trigger for this seemly strange behavior.

The flashback itself needs to be an emotional high or low point. But it doesn’t have to be a long or extensive memory. In fact, tiny and more personal flashbacks tend to covey a stronger emotional impact on the character and reader.

Equally important is the character’s attitude toward the flashback. If the teacher’s memory of the yellow ribbon makes her feel hatred or envy instead of compassion or confidence, then her behavior toward the prostitute might be entirely different.

The flashback doesn’t just deepen the character that’s remembering it. The flashback also can show a lot about the character or characters being remembered. Was the teacher’s mother kind but a victim of circumstance? Or was she in reality abusive and the ribbon was used for both kindness and punishment? Is there a third character in the scene, the teacher’s brother who in the past was ridiculed by the mother and now is treating the prostitute in a similar manner?

Now here’s a tricky thing. A character’s emotional reaction to or understanding of a flashback can change as a story progresses. Instead of being stagnant, the flashback can transform into a marker of a character’s growth. For example, if we go back to the schoolteacher story, perhaps at first she hates the prostitute because of her memories of her mother. But as the story goes on, the teacher’s experiences make her realize that she was cruelly judgmental of her mentally ill mother. At the end of the story, the teacher might see the flashback through new eyes and have a different reaction to a woman and yellow ribbon.

One of the best ways to experiment with flashbacks is to think about your own past. What tiny moments in your past do you recall with strong emotions? Do certain smells or tastes affect you emotionally because of something in the past? Now add similar experiences to your characters’ backstories and let them surface at moments when a hot spike of emotion is needed.


PAT ESDEN is an antique-dealing florist by trade. She’s also a member of Science Fiction & Fantasy Writers of America, Romance Writers of America, and the League of Vermont Writers. Her short stories have appeared in a number of publications, including Orson Scott Card’s Intergalactic Medicine Show, the Mythopoeic Society’s Mythic Circle literary magazine, and George H. Scither’s anthology Cat Tales. 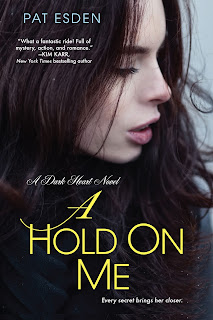 A Hold on Me

She never wanted to return.
He wants nothing more than for her to leave.
But the fire between them is as strong as the past that haunts them.

Annie Freemont grew up on the road, immersed in the romance of rare things, cultivating an eye for artifacts and a spirit for bargaining. It’s a freewheeling life she loves and plans to continue—until her dad is diagnosed with dementia. His illness forces them to return to Moonhill, their ancestral home on the coast of Maine—and to the family they left behind fifteen years ago, after Annie’s mother died in a suspicious accident.

Once at Moonhill, Annie is shocked when her aunt separates her from her father. The next time Annie sees him, he’s a bizarre, violent shadow of his former self. Confused, she turns to an unlikely ally for support—Chase, the dangerously seductive young groundskeeper. With his dark good looks and powerful presence, Chase has an air of mystery that Annie is irresistibly drawn to. But she also senses that behind his penetrating eyes are secrets she can’t even begin to imagine. Secrets that hold the key to the past, to Annie’s own longings—and to all of their futures. Now, to unlock them, she’ll have to face her greatest fears and embrace her legacy…

Ooh! I haven't tried writing flashbacks yet, this will be an interesting challenge. Thanks for the tips.