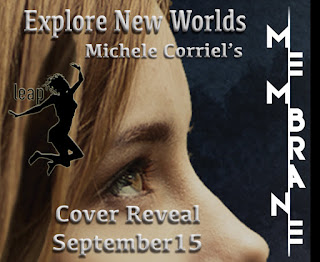 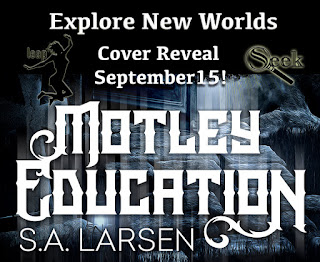 Today we're joining the cover reveals for MEMBRANE by Michele Corriel and MOTLEY EDUCATION by S.A. Larsen. Check it out! 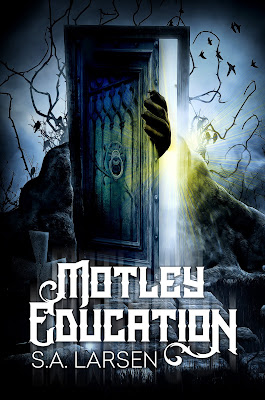 Title: Motley Education  Author: S.A. LarsenPublisher: Leap BooksGenre: Middle Grade, ParanormalRelease Date: October 10, 2016
Blurb:Ebony Charmed has never seen a fire giant. She’s never chatted with ginormous ravens, been friends with a light elf, or held a relic vital to the underworld in her hand. Her less-than-average spirit tracking genes are enough excitement for her, but cause her to be the bane of sixth grade at Motley Junior High: School for the Psychically and Celestially Gifted. Her parents argue so much about her inabilities that her dad moves out of the house. And she would never survive without her best friend, Fleishman, even though he’s scared of his own shadow and insists on bringing his slimy, legless lizard everywhere they go.That’s all about to change when Ebony receives a stick to transform for her Deadly Creatures & Relics project. If she does well, her success might reunite her parents. And with Fleishman’s help she’s sure to win. But strange things begin to happen. Mystical doors appear and a crusty rock giant steals the glowing stick. Even worse, a girl from school vanishes and Hela, Queen of the Underworld, reveals the stick’s true identity—named Gillingr, it’s used to guide spirits to their next destination. Ebony realizes there’s more at stake than simply getting her parents back together.The two friends must brave the nine doors of Yggdrasil to find Gillingr before spirits are lost, the Well of Urd dries up, and Ebony loses all hope of uniting her family. But a dark elf lies in wait for them and he has other plans … plans that include creating a new world of spirits without them in it.

About S.A. Larsen:S.A. Larsen is a writer, reader, and Maine-iac ice hockey fan, who has watched more hockey games than she could ever count. She loves books that open up secret passageways and hidden worlds to inspire and challenge the heart. Her debut novel for middle grade readers, Motley Education, will be published October 10, 2016 by Leap Books and her debut young adult novel, Marked Beauty, is set for release late 2016.
She can be found in the land of lobsters, snowy winters, and the occasional Eh’ya with her husband of over twenty years, four children (yes, they all play hockey), a playful pooch, and two kittens.
Follow S.A. Larsen Website | Facebook | Twitter 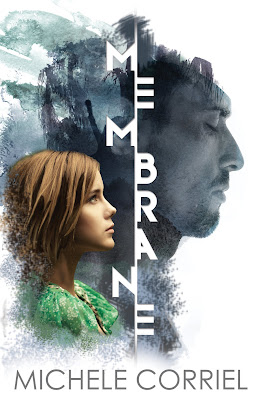 Title: MembraneAuthor: Michele CorrielPublisher: Leap BooksGenre: Young Adult, Science FictionRelease Date: October 10, 2016
Blurb: In the multi-verse people may look familiar, but no one is who they seem.In a small town in Montana, Sophie lives with her quantum physicist mother, and her equally brilliant, but dangerously obsessed, step-father.Her father disappeared years ago under mysterious circumstances, but Sophie is still haunted by memories of him that seem so real she swears she feels his presence one night as she drifts off to sleep.Realizing that somehow her missing father is trying to send her a message, Sophie decides to take a big risk.With her friend, Eli, Sophie must discover what strange experiment her father did and understand the startling impact it has on her world and another, just across the membrane dividing the multi-verse.
Goodreads
About Michele Corriel:Michele Corriel lives and works in Montana's scenic Gallatin Valley, surrounded by seven mountain ranges.
Her work is as varied as the life she's led, from the rock/art venues of New York City to the rural back roads of the Rockies. With her fourth book just out from Leap Books, she's also a prolific freelance magazine writer with articles regionally, nationally and internationally. Michele has received a number of awards for her non-fiction as well as her poetry. She also enjoys teaching, presenting writing workshops and speaking on panels across the country.
When she's not writing you may find her on the golf course, hiking or slogging her way through the snow on what some people like to refer to as "skis." You might also find her in the kitchen creating exciting new flavors or recreating classics.

I'm so excited for Sheri. I've been waiting to see this cover!