Half-way through the week! Woohoo! To celebrate, let's have a chat with author Jonathan Weyer. Jonathan's debut novel will be coming out October 1st. Let's get to know him.

Hi, Jonathan, and welcome. Tell us a bit about yourself.

I have been writing since I was a kid. However, I stopped in college because of a bad experience with a creative writing teacher. My wife encouraged me to pick it back up in seminary and so I wrote a YA fantasy novel based on American mythology. The story worked very well, but the writing didn't. I worked hard with a writer's group and read a ton of books on writing itself, Stephen King's book being the best. During that time, I came up with the idea for The Faithful.

What's your book about?

The Faithful is a novel of horror/paranormal suspense. Here is the blurb from the back of book:


Adian Schaeffer is a young pastor at a crossroads. Conflicted with his faith in God and the hypocrisy of the church, he feels alone and depressed. His only companion is his dog, Bishop. When he begins to doubt his faith, he knows he is entering a spiritual battleground. He panics and starts searching for answers.


Then he learns his ex-fiancée is murdered in a possibly demonic ritual and he finds himself catapulted into a deeper fight. Tormented by supernatural entities, Aidan becomes a medium that will hold the key to solving this murder mystery. Readers will find that The Faithful tears at the emotions and doubts of humankind.

Wow, kind of spooky! How did the idea of the story come to you?

Ha, in my shower! Well, the real answer is more complicated. I first come up with the idea of a "paranormalist pastor", who investigated the unexplained. At the same time, I had been jotting down thoughts for a nonfiction book meditating on the passage in the Gospel of John about Doubting Thomas. And finally, I have always wanted to write a good ghost story. So, one day in the shower, all three of those strands wove together into a plot. I really wish all my showers could be that productive.

I can't turn of my edit button during my first draft. I know everyone says you are supposed to just let things flow, but I can't. I wish I could, it would make things so much easier. 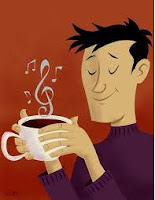 Music and caffeine. As for the music, it's usually Radiohead and Sufjan Stevens. Something about their music that open my brain to write. As for the caffeine, diet soda or hot chocolate. I can't stand coffee which, I know, is the ultimate writer betrayal. I have to do all my work in a coffee house because I have three kids at home.

Teleporting. There are days where I just want to teleport to the beach or the Grand Canyon.

Quick writing test! Use the following words in a sentence: mechanic, leopard, and pudding.

The mechanic opened the steel leopard and saw that it's insides had been turned into electronic pudding from the intense heat.

Wow, the visuals! Okay, here’s the part where you thank the people who are supporting you. Lets hear your shout outs.

I'll be riding the blue Tron bike (I told you I was a geek)
www.jonathanweyer.com
Twitter:@spookypastor
Email: jweyer179@gmail.com

Thank you so much, Jonathan, for letting us get to know you. I wish you much success with your book!

Be sure to look for Jonathan Weyer's debut novel, The Faithful, out on October 1st.
Posted by Dorothy Dreyer at 8:21 am
Email ThisBlogThis!Share to TwitterShare to FacebookShare to Pinterest
Labels: Dark Paranormal, horror, Jonathan Weyer, suspense, The Faithful

I really enjoyed the in-depth questions. It's wonderful to hear other writer's backgrounds and how they got down the road of writing and publishing a novel! Sounds like a great book!

Best of luck on the upcoming book release! It certainly sounds like a mixture of fiction with a little personal experience added for spice.

Thanks everybody for the comments. Hope you enjoy it. Drop me a line in October and tell me what you think.

Thanks for all the comments, everyone. And thanks again to Jonathan! :)

I loved his writing test sentence, and the book does sound spooky.