Today we're speaking with a wonderful person who is not only a writer but a spiritual medium. I have to say this is a first for me, and my interest is piqued. How about you? Well then let's get to know her.

Hello, Lorraine! Tell us a bit more about yourself. 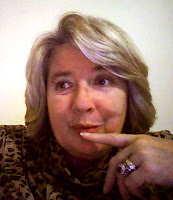 I am a genuine and natural medium who does online readings worldwide from photographs as well as public speaking trying to educate people about real and fake mediumship. I also have two sites called Authors on Show and AOS (authorsonshow.com), launched on May 16th 2010, which promotes new and established writers.

I started writing in November 2009 in a very small way with one book called, A Guide’s Guide to Mediumship and Healing. I had only done three chapters when a literary agent asked for the whole MS on the suggestion of someone who had seen what I had written on a writing site and thought they’d like it. I didn’t tell them three chapters was all I had and instead, asked for two weeks to ‘tidy it up’. I spent the next two weeks writing madly. I duly finished it, sent it off to them and they signed me within a week or so of receiving it.


Since then, I have written three other completed books. My Life – My Mediumship is the second book my agents have and there is a self published one called A Sceptical Medium (ASM) as a ‘get to know me’ book. ASM book two is ready to be printed any time now. The last two were done as people kept asking when they could buy one of my books. The publishing world is notoriously slow, so rather than lose the interest I had, I self-published.

I presently have four more books on the go.

Tell us about A SCEPTICAL MEDIUM.

A Sceptical Medium is a compilation from my blog of the same name. As a natural born medium and healer, I am sickened by the entertainment style seen by many on our television screens, which is nothing like real mediumship. That, together with so many frauds and charlatans and people who believe they can ‘learn’ to be mediums, made me want to correct that.


My first book, A Guide’s Guide, is actually inspired by the spirit world and talks of these things giving instruction into what is and isn’t acceptable behaviour. My aim with ASM, is to instruct, guide and explain to people what real mediums are like and how they practice. It teaches the difference between medium, psychics and clairvoyants helping people to know who is possible genuine and who isn’t. There is so much more to it than that and everyone will just have to buy it to see. ASM book one, also contains sample chapters from both my other books as a taster of what is to come.

What are you working on now?

One project is called Are you a Natural Medium – Your Questions Answered and there are three more I won’t be saying anything about just yet.

I am not lucky enough to have anyone living nearby who is unbiased enough in my writing to be able to do that so I self edit. Those who could be unbiased are uninterested. The problem is the content of my books. You see, I kept what I was quiet for most of my life and so those who know me have found it strange to think I am now a person they don’t recognise as their friend. They want to keep the new side of me apart from the person they’ve known for so long. I can understand that as I would find it difficult to hear someone I had known for 30 odd years had a side to them I knew nothing about – especially one like that!

That would be strange to come to terms with, yes. What’s the hardest part of writing for you?

I don’t find the writing part at all hard. I hate editing, but don’t we all? I suppose the worst part is finding the time to write without being disturbed. There’s always a meal to cook or shopping and housework to do which bites into a huge chunk of writing time. If I lived alone it would be easy, I could ignore all of that when inspiration strikes, but with a husband and a dog to see to, starvation and neglect can’t be considered. It is so frustrating having words tumbling around in one’s head and not being able to put them down. Often, by the time we get to writing them down, the words aren’t so clear or have even completely gone. When watching films and seeing writers going off to log cabins or French Retreats on their own for months on end in order to write, I thought it was a bit dramatic and pure fantasy made up for the big screen. I now see the beauty of being able to do that and understand the need for it completely. Sadly, we don’t live on the big screen and as mere mortals struggling to juggle home life, husbands, and money, we work the best way we can.

The two best ones are, read your work aloud slowly and properly as though reading to another person. You hear so many mistakes by doing that and it is invaluable when editing your own work.


The second lesson I learned was we all use ‘pet words’. Two of mine are the words ‘that’ and ‘may’. I now go through all my work reading aloud and often have to cut two or three extra ‘that’s or ‘may’s’ out of every few sentences.


We all do it; the difficult thing sometimes is recognising which those words are.


Oh, and carry a small notebook and pen at all times. All of my bags now have one inside just in case inspiration strikes when I’m out. That way, I remember what it was I thought of when I get home to the laptop.

Vaseline, tissues and a drink of water. That sounds awful doesn’t it and makes the mind boggle. The tissues are because I get sneezing fits from time to time – always when I don’t have a handkerchief on me - so a box of tissues is handy to have around at all times. The Vaseline is because my lips get dry and sore. I can’t live without it and it goes most places with me. Water is a must as when I start writing and I’m on a roll, the whole day can go by without me noticing so water is my lifesaver. I like it with lots of ice.

Quick writing test! Use the following words in a sentence: tea cozy, glitter, and inquisitive.

We discovered that grandmother’s strangely acquired habit of throwing glitter over her tea cozy was done in order to stop her inquisitive grandchildren, whom she had learned hated getting it all over their hands, from finding the stash of chocolate biscuits she had hidden underneath it.

That was pretty brilliant! Here’s the part where you thank the people who are supporting you.
Let's hear your shout outs.

Catherine Condie who is author of The Whirl of the Wheel helped with typesetting A Sceptical Medium and uploaded it onto Lulu.com and Smashwords for me. Without her help, I wouldn’t have my book for sale. The other people I have to thank are some friends who are not authors, but who have known me for years and encouraged my mediumship. They gave me the courage to move forward and had faith in my ability when I doubted. They are Val, Christine, Bea and Laurene. Of these, Laurene is the one who pushed me, shouted at me, got frustrated with me and drove me to ‘get on with it’. Any success I enjoy is down to their encouragement and belief in me.

My blog, A Sceptical Medium http://askamedium.wordpress.com/


My book, A Sceptical Medium can be bought by visiting my blog of the same name and clicking on the links there or direct from Lulu.com
http://www.lulu.com/product/paperback/a-sceptical-medium/13045308

Lorraine, thank you so much for talking with us today. It was great getting to know you, and I wish you tons of success with your books.
Posted by Dorothy Dreyer at 3:53 pm
Email ThisBlogThis!Share to TwitterShare to FacebookShare to Pinterest
Labels: A Guide's Guide to Mediumship and Healing, A Sceptical Medium, Authors on Show, Lorraine Holloway-White, mediums, My Life My Mediumship

A fascinating insight and interview with Lorraine. She is a delightful person.

I like the way you conduct the interviews Dorothy, very entertaining and informative.
Bravo.

Hmm, interesting premise for the book. I can certainly see it making its mark in the right circles. As for the writing test...a bit of a run on but rather creative. Thanks for the great interview ladies! Wishing you both much success.

Great interview, shame you had to keep your mediumship to yourself for so long. Glad it's out now and you can go and tel those fake people how it's done properly.

Well structured interview, fascinating subject. As a writer and as a woman, Lorraine is so well qualified having both talent and insight.
Good interview, Dorothy, I'm now following your excellent blog.
Jake