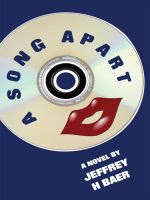 I recently finished a book a fellow writer sent to me called A SONG APART. The story, written by Jeffrey H Baer, follows a young man who meets his celebrity idol. He then faces consequences of becoming her friend ... and then boyfriend, and has to deal with the conflicts the situation causes with his friends, family, college classmates, and coworkers. And boy is there conflict!

I enjoyed the plot of A SONG APART, especially since there are many people who wonder what it would be like to get involved in the life of someone famous. I think the only thing I had trouble with was the genuineness of the arguments that took place in the book. I felt like the protagonist was being attacked from every corner for petty reasons. But I supposed things like that can happen. All in all, I kept reading to find out how it would all turn out.

I had the privilege of interviewing Jeffrey, so let's get to know him.

Welcome, Jeffrey. Tell us a bit about yourself. 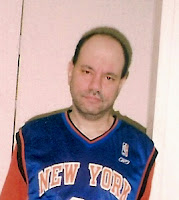 I’m 42 years old and lived in New York City almost all my life. I’ve been with my girlfriend Karen Brandwein for 22 years and lived with her in Coney Island for 16 of those years. I’m a big fan of the Mets, Knicks, Dallas Cowboys and old school R ‘n B music.

I was diagnosed with Asperger’s Syndrome in April 2002, and it explained my social fumbles in school and at work. It’s also a factor in the stories and songs I write, mostly that I refuse to sound like everyone else in both cases.

How did the idea of A SONG APART come to you?

One day back when MTV still cared about music, they aired a short interview with Chuck D, the leader of the rap group Public Enemy. A question came up about meeting fans on the street, to which he replied “For us it’s thirty seconds. For them it’s a lifetime.” So I thought, Hmm…what if it were more than thirty seconds for “us”? I knew there were hundreds of stories about girls meeting and falling in love with their favorite male celebrities, so I thought turning that premise on its head would intrigue potential readers.

I ask for beta readers, whether online or at conferences and such. Unfortunately, most beta readers don’t get through the story because 1) their daily lives interfere with their reading, or 2) they’re used to different types of stories. I get helpful feedback when I pay someone for his/her editing services, but for the most part I edit my own work. One of these days I’ll visit my critique group more often than I actually do, especially for The Strickland File, a novel I’m currently working on.

Incorporating character motivations into the story. Readers of early drafts of A Song Apart kept asking me why Kevin and Shannon acted as they did when I thought those reasons, not the least of which were their ages, were obvious. To make a long story short, I finally figured out what those readers meant and fixed the problems relatively easily. Now I’m doing the same thing for The Strickland File, although I seem to have created more work for myself.

Not much, really. I keep my cell phone nearby because I hate getting up to answer it wherever it is. I also like to listen to music, be it Internet radio or the songs I downloaded from iTunes.

The ability to fly. It would definitely save on mass transit fares.

Quick writing test! Use the following words in a sentence: chiropractor, resuscitate, and mirrored.

My efforts to resuscitate the chiropractor mirrored what I learned at the hospital.

Allow me to copy-and-paste the list of people I thanked in A Song Apart:


Patricia Benesh, Cheryl A. Laser, Laron Glover, and Kristen Howe, for excellent editing
Button Studios Inc. in New York City, for showing me how a recording studio works
Art Twain, for his thoughts on the recording industry
Michael Cortson, for payola insight and suggesting the title
Juanita Scarlett of the New York State AG’s Press Office, for more payola insight
T.J. McFadden, for marketing advice
Maureen Seaberg, for a shoulder to cry on
Edward Gold, for his words of wisdom
Michael Berger, for some graphic design sleight of hand
Karen Brandwein, for loving and supporting me no matter what
Everyone on America Online, Twitter, Facebook, and those I met at conferences in 2009, for cheering me on toward success—too many people to name, but they know who they are

And finally, the great people at CreateSpace, for helping me realize my dreams of publication.

Where can people find you and your book online?

Thanks for chatting with us, Jeffrey. And good luck with all your writing endeavors.
Posted by Dorothy Dreyer at 8:40 am
Email ThisBlogThis!Share to TwitterShare to FacebookShare to Pinterest
Labels: A Song Apart, celebrity, contemporary fiction, CreateSpace, Jeffrey H Baer, The Strickland File

Wow...30 years. Definitely a life long career choice there. Great interview, it's always interesting to learn a bit more about the mind behind the work and where it got its start. Thanks for sharing and best of luck!