Welcome, Chris. Tell us a bit about yourself. 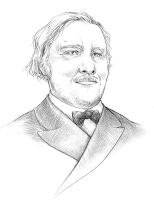 I'm California born and raised, and have just moved to Alabama, which is quite a culture shock for me. I've been a mechanic most of my life (35 years), having served in all areas of auto repair, products, management and sales. I served as a federal police officer for three years, responsible for patrol and post duties for the U.S. Geological Survey in Menlo Park and Palo Alto, California. The law enforcement gig was the most exciting and interesting. I received a commendation for bravery from the government, for putting out a building lab fire and evacuating the area.

I've been writing for about 36 years, but only began submitting material to agents and publishers 23 years ago. I read my first short story in Twilight Zone magazine and got the notion that I could write just as well as the author did, and proceeded to do so. It took me a year and about 90 rejections to sell about 18 short stories, three of which were prestigious enough to land me in the Science Fiction Writers of America. I've written about 18 novels and non-fiction books, seven of which have sold and are published.

PLANET JANITOR: CUSTODIAN OF THE STARS is certainly an interesting title. What’s the story about? 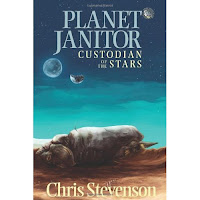 Captain Zachary Crowe and the crew of Planet Janitor Corporation are adept at handling environmental clean-ups and close system jumps to collect precious ores and space trash. The problem is they have yet to complete an assignment without a mishap to add to their not so stellar record. Scraping the bottom of the barrel, Orion Industries contracts Planet Janitor for a clandestine operation that no one else wants, offering them more money than they could spend in three lifetimes. The mission entails a 12 light-year trip to a newly found habitable planet in the Tau Ceti system. The crew will lose 26 years on Earth due to the cryo jump, but that is the least of their problems. What they find on Tau Ceti will rattle their wits, test their courage, and threaten their very survival.

I really wanted something different about Planet Janitor to stand out. The original idea did not spring from my forehead all at once, but came in stages. I had a friend who wanted to start a water ionization business called Planet Janitor, 15 years ago. He never started the company but I never forgot the company title – it had an environmentalist quality about it. Fast forward 14 years; I thought what would happen to a crew who landed on a planet that was knee-deep in skeletons from horizon to horizon? That idea simmered. A few weeks later, I read an article about space junk, reclamation, retrieving and recycling precious metals, like titanium, gold, silver, magnesium and aluminum. This gave me the idea for a crew who were adept at capturing space trash. Suddenly I knew I had the entire plot structure and outline for a book. I had a planet besieged by a genocide and a naive crew of environmentalists. Land the crew on the planet, to accomplish a routine mission, but confront them with the planetary killers responsible for the genocide. That’s when I knew I had a Starship Troopers meets Robinson Crusoe on Mars.

What are you working on next?

I'm putting the final editing touches on a YA distopian tale. It takes place in the near future, when the economy has tanked, over-population and housing is stressed, and we've had yet another stock market crash. A system is devised by which heads of households can pawn off family members to a corporation called Family Trade and Loan, so they can pay bills and avoid prison terms. So dad gets it in his head to pawn off his only daughter to cover gambling bills and back-taxes. My MC is an 18 year-old female, who is ranked 8.5 on the talent and desirability scale, sent off to the Tranquility Harbor Moon base, which houses a huge mining facility. My gal ends up as an exotic dancer, forced to entertain the grubby, disgusting (but filthy rich) miners, who are called Prairie Dogs. Of course, her father defaults on the loan and she becomes temporary property of FTAL. She then has to devise a way to escape this brutal and possessive company.

Besides your agent, do you have a critique group/partner or beta readers, or do you self-edit?

My beta readers are mostly women who help me put essential character touches on my female leads. I need help with female emotion, sensitivity and motivation more than anything else in my writing. I wrote a book that was a cleverly disguised female "Iron Man" which everyone is chomping at the bit to read. Alas, my paraplegic female lead needs that critical emotional essence before the presentation is perfect. I've got to take some of the Terminator edge off of her before she is believable and simpatico with the reader. Otherwise, I'm a lone wolf editor, praying for the best. My agent does give me some help, but not in a detailed copy-edit venue.

I definitely fly solo without an outline. I find that if I outline my plot, I most often deviate from it because I feel trapped or confined. The characters most often run away from my plots, doing things that I least expected – changing the storyline, creating new sub-plots, acting out of character, and just plain being unpredictable. I’m too safe when I outline. I take great risks when I fly by the seat of my pants. Great stories demand risk, with a certain breeziness and non-conformity. I'm usually two chapters ahead in my plotting, and that's the way it's always been for me. While I'm writing one, I'm thinking how it will spill into or dovetail into the next. I believe in really prominent chapter hooks, ala Dan Brown.

I love to write; it's no chore. Editing is a necessary bother. I'm totally in love with submitting to agents and editors, and that's where I differ from the normal writing crowd. But promotion and marketing are the most time and labor-draining aspects of this entire business for me. Marketing online is an art form that requires finesse, maturity and persistence. Social networking is so important for an author’s book launch, that without it, sales and reviews can suffer in direct relation to its neglect. Conference attendance, radio and TV interviews, book signings, answering fan mail – all of it is so important for effective promotion and marketing, yet it is so devastatingly, so emotionally and so physically draining for me that sometimes there is not enough time in the day to craft one sentence, let alone fill a word quota.

Must haves: fresh coffee, a line-ruled notebook and a pen that won't skip, and Roget's thesaurus. I also have my time-out set for five minutes, so if I'm blocked or stuck on a passage, my screen goes to my default picture, which has the lovely Judy from Lost in Space, smiling at me and telling me to get back to work and stop mind-wandering.

Sit down with an entirely different attitude when you're blocked. Writer's block is nothing more than work avoidance. And there lies the problem--don't look at writing as work. Consider it an escape, guilty, sneaky pleasure. Fun. Before you begin your first sentence, repeat after me, "I don't even have to do this, so I'll just mess around for now." Give yourself that slack to play with it. Writing is play time, writing is play time. Try and impress yourself with a stunning first paragraph, if you're the more serious, disciplined-type writer. Then tell yourself you can do that again. It won't be long before you convince yourself that the ink you've just splashed is a keeper.

I'd like to be Flash so I could write a hundred books a year. And out of that hundred I would hope that one was good enough for New York. Even if it took me five years. Oh, and I could speed-read too, catching up on ALL the latest bestsellers, allowing me to study and learn from them.

Can I have those powers too? LOL. What's the weirdest thing you've googled?

"Green Boots." Green Boots is the story of a mountain climber who to attempted to scale Mt. Everest, but froze to death during a storm. Nobody could get this poor man down into the safety zone to save his life. They had to pass right by him from both directions, knowing that he would soon die. Green Boots did die, and he still is up on the mountain, along with 202 other individuals, all frozen in some horrific death poses. So sad.

The escalating monsoon prompted the captain to give out an exclamatory order. "Slacken the main, pull in the mizzen and hoist the storm jib, mateys. We're if for real blow!"

Great sentence! Here’s the part where you thank the people who are supporting you. Let's hear your shout outs.

I want to thank everybody that has bought and reviewed Planet Janitor Custodian of the Stars. It has recently rose in sales beyond my expectations, until readers began to take notice, and this has been just recently. Thanks for pushing me in the top 100 lists. Thank you for the word of mouth praises. Thank you for your ideas and support.

SPECIAL THANKS TO DOROTHY FOR ALLOWING ME TO SPLASH INK HERE!

I feel I'm not worthy of these holy pages, so I have to thank God I'm here.


My Planet Janitor Website, which has some astonishing artwork:
http://planetjanitor.com/Home.html


I'm a senior member of the AbsoluteWrite forum. My handle is Triceretops (yep it's spelled wrong).

It was great having you on the blog today, Chris. I wish you lots of success with all your books!
Posted by Dorothy Dreyer at 8:41 pm
Email ThisBlogThis!Share to TwitterShare to FacebookShare to Pinterest
Labels: Chris Stevenson, Guerrilla Warfare For Writers, Planet Janitor

Thank you, and it was a pleasure stopping by for a chat.
Chris

the story sounds cool! Glad I stumbled on the blog today. :)

Libby, thanks for finding the blog! :)

Great interview, Chris! I agree with you totally on all the extra work authors need to do these days - marketing, social media, promoting - I guess conquering these kinds of time sucks is a matter of balance. Set a timer, schedule days to write, to promote or market and stick to it! Cheers!