I'm baaaack! Sorry I didn't post from BEA. I really wanted to fill everyone in on what I experienced, but as anyone who was there knows, connecting to their WiFi was just not happening. Big bummer - I mean, why offer WiFi if it's not going to work? - but I digress.


Today we're talking with author Beth Ann Masarik about her series, THE WORLD AMONG US. 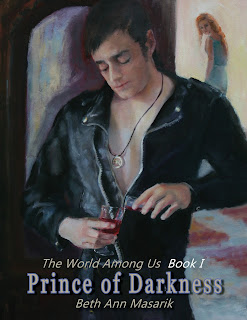 Welcome to We Do Write, Beth. Tell us a bit about yourself.

*waves* Hi! Thank you for having me today! Well, my name is Beth, and I am a YA/fantasy author for Hydra Publications. In addition, I am also the marketing director for Hydra and also currently re-designing the website (on top of working 26 hours a week as a file clerk in a NY law firm!). Oh, and I also run Literary Lunes, an online e-zine dedicated to helping promote other authors like myself. 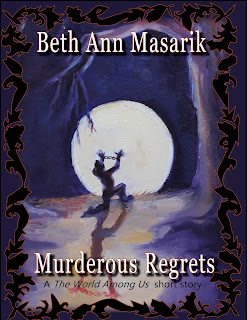 I have been writing since high school, but as an indie author, 2008.

Tell us about THE WORLD AMONG US. What’s the story about?

The World Among Us is a four book saga about greek mythology, forbidden romance and of course, magic and demons. It’s sort of like Romeo & Juliet meets Percy Jackson I guess is how you could best describe it.

When I first sat down to write the first book, which was originally just called The World Among Us, I think I was a sophomore in college. I was taking a creative writing class, and was reading Harry Potter and the Goblet of Fire. I guess JK Rowling really sparked my interest for fantasy, and my ex bf at the time gave me the general idea. I needed something to write for class, and so, Selene and friends were born. 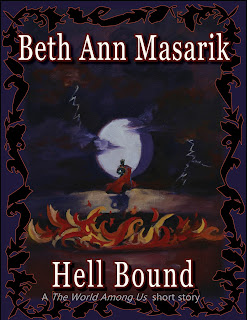 I don’t really have a critique group per say, but I rely on my editor, Robin Sussman who is also my best friend. She usually tells me if something doesn’t makes sense and helps me to well, make it make sense. I also like to run ideas by my “twin,” Erin Danzer, another Hydra Publications author.

I’m mostly a punster (such a funny word! LOL), but I do like to have at least a generic plot/guideline. I usually like to have a few basic plot points that HAVE TO HAPPEN during the book, and I let the characters write the rest.

It honestly all depends. Usually I find finishing a book the most challenging. I’m getting ready to finish up the first draft of the third book in The World Among Us, and I’m already going through withdrawal, because I know the final book is coming and I don’t want it to end. 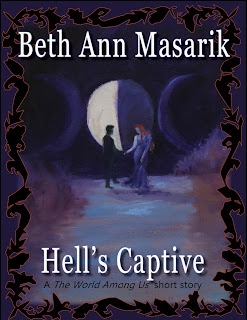 My phone, LOL. Like I said, I usually run my ideas by Erin or Robin, so I’ll usually pick up the phone and text one of them. Next would be something to munch on or drink (usually chips and soda).

OH man, that’s a tough one! I would love the power to teleport, that way I wouldn’t need a car, and therefore wouldn’t have to pay for gas anymore!

Hmmm…it’s a toss up between stuff about nuclear power for a future sci-fi/fantasy novel I plan to write next or demons.

at my day job or down at church if I’m not sleeping LOL. 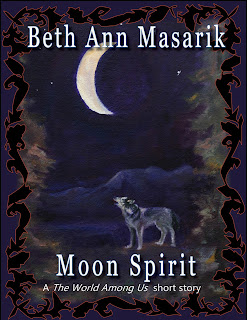 I have to give major shout outs to my husband, Kevin Kozlowski because he puts up with my crazy idea that I want to be an author, and listens to my rants about demons and gods and such. Next, is my best friend, and editor, Robin Sussman. She’s been with me since the birth of The World Among Us, and I’m happy to have her as my editor. Then, there’s my publisher, Frank Hall, for taking me on as an author when my original publisher, Otherworld Publications closed. The list just goes on and on.

Right now, I only have four short stories out that are part of The World Among Us, which is what this tour is for. I am hoping to release Prince of Darkness (book #1) by the end of the summer. It’s still in the editing process, but the cover is done, so hopefully it’ll be out soon! The four short stories are called Murderous Regrets, Hell Bound, Hell’s Captive, and Moon Spirit. They’re meant to give you a closer look at some of the main characters before the full length novel comes out.

You can find me and my books at the following places:

All four short stories can be purchased on Amazon, Barnes & Noble and Smashwords for $0.99.