My husband and I are inadvertent storm chasers. You wouldn't think it if you met us. We're pretty boring people, but we have this uncanny knack for finding weather. Scratch that, it should have a capital w. We find Weather.
A tornado came to our wedding.We got caught literally inside of one while driving on what had moments before seemed like a nice day. We find Weather. So the premise of Holly Hook's tense paranormal book about an adrenaline junkie who loves her family but loves risks too, seemed just about the right fit.
It's fun and moves at a good clip. Bonus points for being an idea with which I'm entirely unfamiliar. It reminds me vaguely of the version of Cinderella where every time she spoke, jewels fell from her mouth, then her step-sisters were cursed with foul things falling from theirs every time they spoke. Yes, I read a lot of non-Disney fairy tales as a kid. I mean, the curse is entirely different, but the situational phantasm of it brought the parallel to mind.
My favorite thing about this book was that it so neatly sidesteps where I had thought it was going. In so many paranormal stories, we get to see a new world, get introduced to a problem, watch our formerly normal heroine discover she's not so normal, spend half the novel watching her train her newfound power with the aid of some hot dude with whom she falls desperately yet grudgingly in love, and then go take down the big baddie in the last chapter. If you're looking for that, this isn't your book. This isn't a "how to train your quirk and win the dude" book. It's something entirely more interesting.


You can pick up a copy here:

read more about it here:

or head below for a Twisted giveaway. 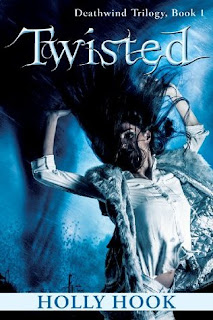 Synopsis:
Sixteen-year-old Allie’s going on the vacation of her life: tornado chasing. What can possibly go wrong with that?

But a terrifying, magical experience leaves Allie shocked and confused, and she learns that she now bears an awful curse.

Every time there’s a storm, she turns into a tornado. Literally.

Allie has no choice but to flee her hometown–if she stays, her new powers could harm or even kill everyone she loves.

She must return to the plains and find those who made her this way. But this journey is only the beginning of her adventure. 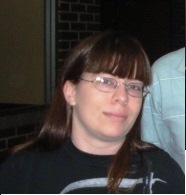 Holly Hook is the author of the Destroyers Series, which consists of five young adult books about teens who are walking disasters...literally. She is also the author of the Rita Morse series, a young adult fantasy series still in progress, and After These Messages, a short ya comedy. Currently she is writing Twisted, a spin-off of the Destroyers Series due out in December. When not writing, she enjoys reading books for teens, especially ya fantasy and paranormal series with a unique twist.

Great review, Sandra! This sounds like a fun read and those "watch them train" paranormal books normally bore me to death so I'm glad this one sways from that trope. Glad you liked it! :)