Today we're taking part in the blog tour for THE SUMMER THE WORLD ENDED by chatting with author Matthew S. Cox. Grab a seat and a cool beverage and get to know all about Matthew and his book. Don't forget to enter the rafflecopter at the end of the post!


Hi, Matthew! Welcome to We Do Write. Tell us a bit about yourself. 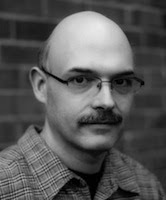 Hi! Thanks for having me on your blog! I’m in my early forties, have two cats, a fondness for writing, video games, roleplaying games etc. I suppose one could argue I’m a ‘geek,’ but for whatever reason I never got into comics. Once, my addictive energies got sucked into the vortex that is World of Warcraft, but I jumped ship shortly before the panda stupidity occurred. Now, I throw that same energy into writing. Most of my books are sci fi/cyberpunk, though I’ve written one other YA, and I have a middle grade fantasy coming out toward the end of this year as well. 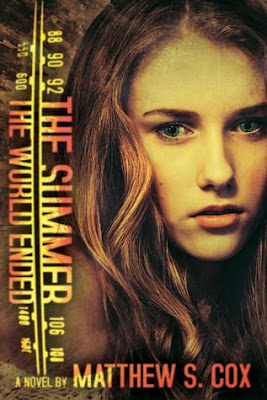 The book is about Riley McCullough, a shy, introverted fourteen-year-old who has retreated into her bedroom and the safety of video games to escape teasing at school. (She’s got a high metabolism and gets picked on for being anorexic even though she isn’t.) Being non-confrontational, and already dealing with emotional issues stemming from her father leaving them when she was eight, she preferred to hide.
Her epic summer starts off on a sour note when her best (only) friend is taken on a surprise graduation gift/vacation to Mexico for two weeks, leaving Riley “alone and bored.” Before she can bemoan that too much, her comfortable suburban life gets turned on its head. With no choice in the matter, she winds up going across the country to live with her estranged father, who – much to her shock – wants and loves her.
Riley’s shy, but she’s not stupid. She can tell he’s hiding something, and she’s hurt that he wont trust her with the truth about why he left her and her mother. He lives out in the middle of nowhere, a few miles outside of a fictional town in New Mexico. With nothing but horizon on all sides of the house, Riley feels more alone than ever before. Cut off from the Internet, and everyone else she knew, she attempts to fit in with the local kids but feels like a duck hanging out with swans.


You’re welcome ☺ Thanks for having me.

Posted by Dorothy Dreyer at 9:56 am
Email ThisBlogThis!Share to TwitterShare to FacebookShare to Pinterest
Labels: giveaway, interview, Matthew S Cox, The Summer the World Ended, Xpresso Book Tours, YA Post-Apocalyptic

Thanks for hosting today! :)

Thanks for letting me have a little bit of blog space :) great to meet a fellow devotee of the Bean.