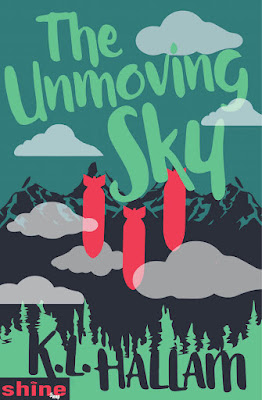 There is nothing darker than the woods, until you meet your worst fear.

Jackson Bower has a lot on his mind lately. His younger brother hasn’t been the same since his mother’s death. His father’s drinking is out of control. Then there’s Jackson’s girlfriend and the grief that ties them together even as it threatens to drive them apart.

He distances himself, hoping for a little perspective at the family lodge. But when their father gets drunk and dangerous, he and his brother escape into the woods.

Night creeps in, and the rains come fast. Artie slips down a ravine. He’s wounded and the brothers seek shelter in a cave, only to find someone else already taking refuge there.

A desperate man with plans to destroy their town.

Jackson must get him and his wounded brother out of the cave and over the mountain to warn everyone in time. Without getting them both killed first. 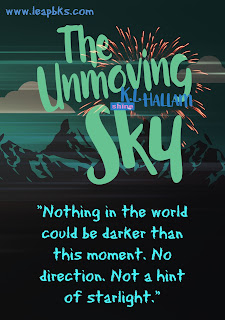 Hi, and welcome to We Do Write!

Hello, thank you for having me here.

The brothers, Jackson and Artie, are very loosely based on my own two sons. The idea was that of a protective older brother, and I wanted to see if he’d come through the story as the rescuer, or if he’d need rescuing himself.

Mostly a panster, I find it’s a lot more fun this way. I sing jazz so I’m pretty used to improvising. Though when I get stuck, or the pace drags, I’ll outline a few worst-case scenarios (a loose outline) and go from there.

Coffee!! But I’ve had to cut back, so I chase it with fresh squeezed lemon water. But I also need either a pen and paper, or my laptop to write.  J

To be Bewitched, you know the ancient TV show.  I‘ve always wanted to wiggle my nose and have my apartment magically clean itself. No such luck.

... drawing or painting, and singing or riding my bike, and or reading freaky news articles for story treasures! 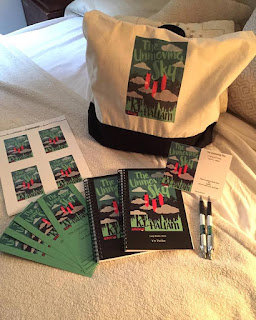 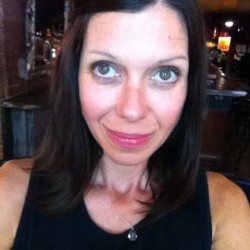 Meet the Author:
K.L. Hallam, an air force brat as a young child, who moved around to more schools than she can list, gathering the stories that would connect to her heart. She writes MG, YA, and short fiction, or anything she hasn’t tried, a member of SCBWI, a singer and songwriter, illustrator and mother of two teenagers. She lives in New York City and spends her mornings writing in a Jazz club.
Follow K.L. Hallam on Twitter, Facebook, Instagram, and her website.

Posted by HiddenWorldsBooks at 8:00 am
Email ThisBlogThis!Share to TwitterShare to FacebookShare to Pinterest
Labels: k.l. hallam, the unmoving sky, thriller, young adult

Thank you, Melanie, for featuring me on your blog today! :) <3