Today I'm featuring two more books in the Runes Universe launch for Kindle Worlds. Take a look at SOULS ON FIRE by Tawny Stokes and DESTINED SOULS by Melissa Haag. 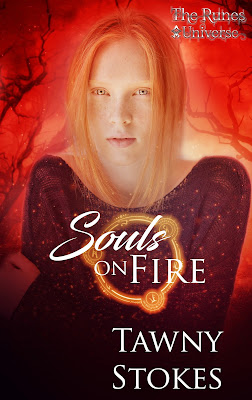 For 17 year old Nina Olsen, Carpe Diem is more than just a meme on a t-shirt, it’s her every day, because she doesn’t have many of them left. Diagnosed with late stage Leukemia a year ago, Nina knows she won’t survive another one. So she plans to do everything on her bucket list which includes—go on a road trip with friends, get a tattoo, and rock the Battle of the Bands at the Xanavoo nightclub in Kayville. Only problem is she doesn’t have any friends, her mom would never let her get one, and she doesn’t have a band. But miracles can happen right? Mads Mirakellson has been reaping for the Goddess Hel for over a century. One thing he’s prided himself on, is that he never gets involved with the souls of the dying he reaps. He goes in, and gets out. That is until a regular scheduled stop at the Kayville Medical Center turns into an encounter with a spit-fire of a girl named Nina. When no one else can see him, Nina literally runs into him and gives him a piece of her mind. Never before has he met someone so full of fire that has so little time to live. Something pulls at him to help her live every one of her last days to the fullest. What he doesn’t expect is to fall in love and beg the Goddess to let him save her. 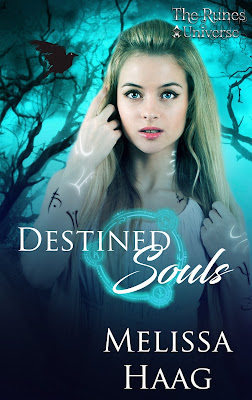 Being a reaper is lonely business. As one of the first Valkyrie, Thora knows that loneliness better than most.

The devastation of the Crusades has left her heart sore and weary of her long existence, until one soldier’s story lights a fire she thought lost and gives her new purpose to keep reaping for Odin’s army.


Don't forget that there is a huge giveaway for the launch. There are also lots of prizes to be won during the release day party on Facebook. Click over here for more information.