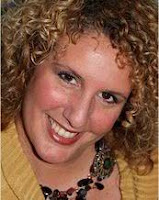 Prizes include the opportunity for budding filmmakers to get their one minute trailer critiqued by ten top industry professionals (an Oscar nominated producer team, writers for the MTV Movie Awards, the director of Entertainment Tonight, an award winning independent filmmaker, two accomplished television producers, a film agent, and the director of the movie THE MIGHTY MACS). There is also a top cash prize of $500.

So all you film-makers out there, get crackin'. The contest has already launched and the deadline for submitting your one-minute trailer is January 17, 2012. There's even a Filmmaker's Kit available on Kate's website with the contest announcement. For more details, read Kate's post.
Posted by Dorothy Dreyer at 1:13 pm
Email ThisBlogThis!Share to TwitterShare to FacebookShare to Pinterest
Labels: Cracked, debut, filmmaker contest, Kate Walton, Simon and Schuster, Simon Pulse

Thanks for the reminder. This is my Wednesday post. I don't supposed I could copy and paste yours. :D

Thank you very much for helping me to spread the word, Dorothy. I truly appreciate your kindness!!!!