Shivering in my seat this morning. But I have a space heater and cup of hot coffee and, hopefully, that will be enough to warm me up a bit. Well, that and this interview with Stella MacDonald author of ROOK, a YA novel that was just released, like yesterday.

Here's a little about ROOK:

Could you be the monster to save who you love?

Two women, separated by generations, must leave what they know to start a new life.

Seventeen-year-old Kate's senior year is ruined when she's moved from the only home she's ever known. After an isolating month alone in her apartment, school starts, but neither her classmates nor her teacher are who they seem.

Kali, a single mother living in the nineteenth century wilds of Montana, is stalked by a malicious past. She fights to keep her daughter safe while her freedom is threatened by her less than benevolent benefactor.

Both find love, and with it hope, but that is quickly ripped away as one woman must learn the lessons of the other -- before it's too late to save either.

Welcome to We Do Write, Stella! How long have you been writing? 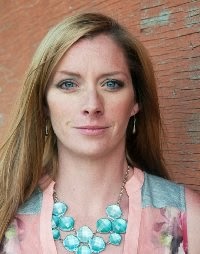 Most of my life, but my first “real” effort to write was in junior high. I wrote a dark short story about a sister and brother going out to their back yard with brand new Christmas ice skates, and finding the pond not frozen enough to be safe. Then later, after the older sister throws a huge temper tantrum for having to watch the little brother, she comes downstairs and finds his skates missing, and a giant hole in the pond.  Pretty dark, but I was a big Christopher Pike fan at that time.  Nothing ended well for his characters either.

Tell us about ROOK. What’s the story about?

This dual story, involving two women living in two different times.  Their stories are related, and the present day story is linked to the historical one.  Both are just trying to make good decisions for themselves and others, and to make that happened, they both have to make some pretty painful sacrifices.

Interesting. I love the idea of a story told in two different times. How did the idea of the story come to you?

One day I was driving home from the grocery store, and I was thinking about reincarnation for some reason, and I thought, “If there is such a thing as reincarnation, why are there so many more people now then there were in the past?  How does that even work?”  From that idea, Rook was born.

That's SO cool. And now I really want to see how that idea played out in the book. Do you have a critique group/partner or beta readers, or do you self-edit?

I do both - I try to self edit as much as possible, give it to beta readers, and then do a bunch of rewrites. Then I have it professionally edited.

Plotter!  Much faster way to write. 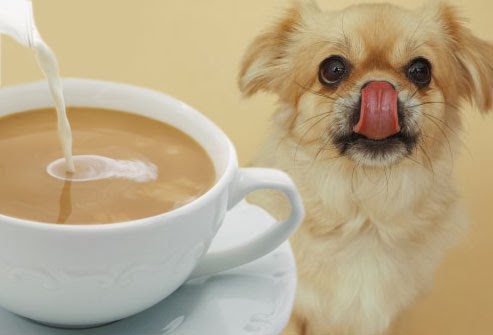 7-11 carmel machiato coffee.  Every morning. And my dog.

Ability to breath underwater - I love to scuba dive, and it’d be great to do it without all that equipment. I’d love to just be able to stay down there in all the brilliant colors and fish.

I google everything - I have a household to keep going, and as a poor student/mother/writer, I have to fix everything myself.  I had a horrible smell in my drier, and it stunk up the whole house.  I googled everything I could think of, trying to figure it out.  Finally, I read that someone had an animal crawl up the vent and die in their machine.  I took the back apart, and didn’t find a dead animal.  Instead, somehow a cat had crawled up the vent, used the back of the drier as a litter box, and then went on their way.

Quick writing test! Use the following words in a sentence: chastise,
element, and tiger.

Some times you have to chastise a circus tiger with the element of surprise to avoid evisceration!

Finish this sentence: If I'm not writing, I'm probably …
playing World of Warcraft with my son.

Here’s the part where you thank the people who are supporting you. Let's
hear your shout outs.

Barbara Gallets!  My very favorite beta reader.  She truly is super gifted and has been great about pointing out flaws.  Then there’s those in my family that have supported me, including my sister - she has the super power of reading very slow and carefully.  She is ALWAYS the final reader to catch any mistakes.

And finally, where can people find you and your books online?
Rook -Amazon


Author Stella MacDonald Stella is a married graduate student with three boys. Utah is home right now, but the need to wander has extended beyond the fantasy world of writing and into real life. She's lived all around the US and even into the Middle East. The world is really a small place, only made bigger through imagination.

Blog Tour Giveaway $25 Amazon Gift Card or Paypal Cash Ends 1/24/14 Open only to those who can legally enter, receive and use an Amazon.com Gift Code or Paypal Cash. Winning Entry will be verified prior to prize being awarded. No purchase necessary. You must be 18 or older to enter or have your parent enter for you. The winner will be chosen by rafflecopter and announced here as well as emailed and will have 48 hours to respond or a new winner will be chosen. This giveaway is in no way associated with Facebook, Twitter, Rafflecopter or any other entity unless otherwise specified. The number of eligible entries received determines the odds of winning. Giveaway was organized by Kathy from I Am A Reader, Not A Writer and sponsored by the author. VOID WHERE PROHIBITED BY LAW.

Posted by Elizabeth Holloway at 4:01 pm
Email ThisBlogThis!Share to TwitterShare to FacebookShare to Pinterest
Labels: interview, Rook, Stella MacDonald, YA