We Do Write is happy to be a part of the OUT FOR BLOOD blog tour and today we happen to have the author of the series, R. Barri Flowers, here answering questions. So, grab a cup of coffee, sit back, and enjoy.

Hello. I am an award winning, bestselling author with more than seventy published books, including fiction and nonfiction. I love to travel with my wife, play tennis, watch foreign television series and movies, and read history books and contemporary fiction.

I have been writing for more than two decades now. Started off writing short stories and graduated into books, which I now write full time.

Tell us about OUT FOR BLOOD. What’s the story about? 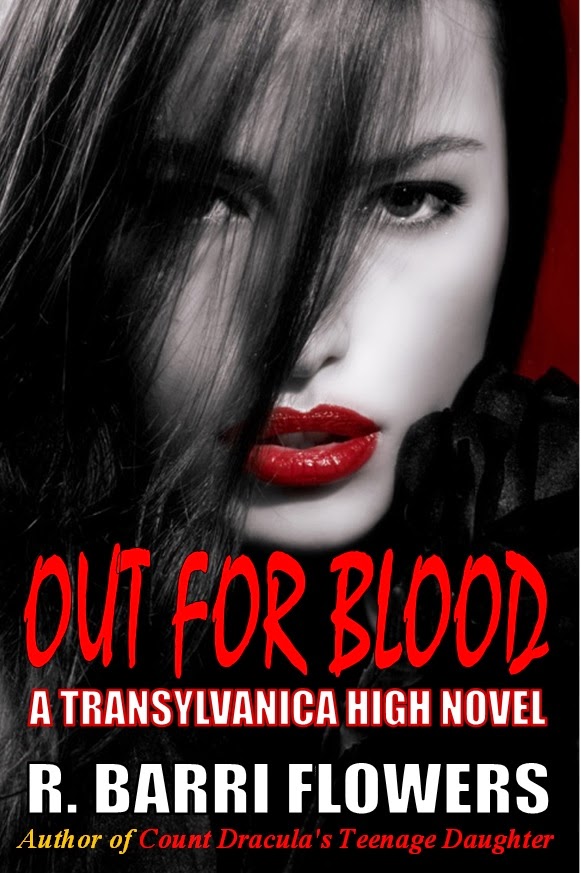 OUT FOR BLOOD is the sequel to COUNT DRACULA’S TEENAGE DAUGHTER, the first novel in
the Transylvanica High series.

Sixteen-year-old honor student Kula Lockhart is in her second year at Transylvanica High School in Harbor Heights, Michigan. It is one of several integrated pilot schools across the country where human and vampire students peacefully coexist.

Kula recently learned that she is the half human, half vampire daughter of Count Dracula. This has made her a target for those who hate her powerful Dad and vamps in general.

As she comes to terms with her heritage and newfound abilities, things begin to heat up between Kula and her mortal boyfriend, Eriq Pratt. She also has her vamp guardians Ivan and Amelia, as well as several human and vampire friends, to balance her evolving life and times.

When Kula suddenly finds herself being pursued by a new handsome half vamp at school, Sebastian LeBlanc, she is strangely drawn to him, even if her heart belongs to Eriq. Yet Kula can’t help but wonder if it is more than coincidence that Sebastian just happened to arrive in town at around the same time that a vampire or vampires began killing humans. Could Sebastian be behind these vicious attacks?

Another new vampire, Gabryela Roswell, befriends Kula, but has a hidden agenda.

In the meantime, Kula has competition from an attractive human girl, Yvonne Elwood, who has her eye on Eriq. She also has to deal with the gorgeous and mean-spirited cheerleader vamp, Jacquelyn Brossard, a member of the rival Doerzic clan.

As Kula grapples with these issues and the changes in her life, she tries to learn more about her mother, who died in childbirth, from the only person who can give her answers--her dad, Count Dracula.

A spine tingling cliffhanger will have readers eager for book three in the series, KULA’S REVENGE.

Awesome! There's nothing like a good cliffhanger. How did the idea of the story come to you? 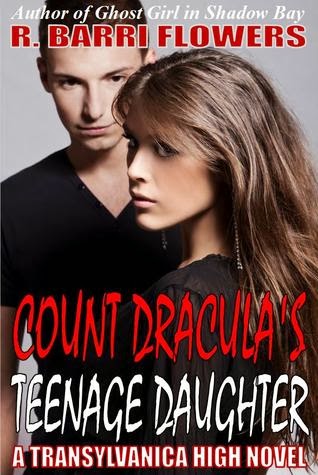 As a big fan of the old classic Dracula vampire movies with such stars as Lon Chaney and Bela Lugosi, it occurred to me that updating the Dracula mythology with a book series that revolved around his modern day teenage daughter would make for compelling young adult fiction.

It was fun creating the storyline for COUNT DRACULA’S TEENAGE DAUGHTER and even more fun crafting the tale and subplots for OUT FOR BLOOD.

I self-edit largely, but my wife does go through it as well to catch anything I may have missed.

A plotter, for sure. I favor developing a lengthy outline of story and detailed character sketches before taking on the novel, as opposed to jumping right into the flames, so to speak.

Finishing a novel. It is like watching a movie, where you really get into it and when it ends there is a sadness, as though it ended much too soon.

Fortunately, I then get to create new settings, characters, and story –that I can delve into, staying upbeat till it too comes to an end.

My cell phone. Apart from that, a bottled water.

Dolled up to Die by Lorena McCourtney. And after that, I will read Allegiant by Veronica Roth.

The power to fly. I have had many dreams over the years of flying like Superman and think that would be so cool.

Let’s see... I think it was what insects are native to Arizona, as I was curious, for no reason in particular.

Quick writing test! Use the following words in a sentence: blood, allow, and binoculars.

Using binoculars, I watched as the blood flowed into the stream, allowing the evidence to literally wash away.

Finish this sentence: If I'm not writing, I'm probably ... sitting on a lanai, sipping on a tropical drink and watching the sun rise and fall over the mesmerizing ocean.

Wow! What I would give to do that too when I'm not writing. Who would you like to thank for supporting you?

I would not be where I am today without the strong support of fans, family, and friends. As such, I thank you from the bottom of my heart and ask for your continued support as my career moves forward. – R. Barri Flowers

My books can be found in Amazon, as well as Barnes and Noble, iTunes, Audible, Books a Million, and Smashwords.