Welcome to the book blitz for Hunting Season by Nikki Jefford! 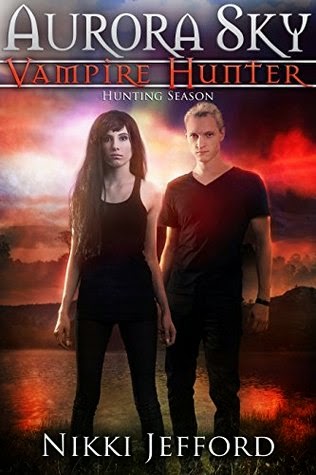 Better to be a hunter, not prey.

Ever since her partner was kidnapped, Aurora Sky has been on a personal mission to get him back. To do that she needs the vampire responsible for destroying her life.

In order to have a snowball’s chance at success, she’ll have to team up with her most loyal friends—including a certain vampire in black with a provoking talent for distraction.

Old cravings aren’t easily quenched, nor past passions. With knowledge comes danger and Aurora is at risk on all sides.

Fane smiled when he saw my expression. “Don’t forget, I know all about you and your stash of Trojans.”

I’d nearly forgotten about my pit stop at the Jewel Lake Quickie Mart on my way to Scott Steven’s house. Fane had the unfortunate timing of buying smokes at the same time I was buying protection.

“Your face turned so red when you saw me in line behind you,” Fane said. “Sorta like it’s doing right now.”

He reached his hand forward to touch my cheek. I uncrossed my arms and batted it away.

“That’s because I’d just come in from the cold,” I said.

Fane shook his head. “You were embarrassed.”

“Don’t forget, I offered to drive you home. Should have taken me up on it.”

I sucked in a breath.

Fane moved his chin back and forth as though saying, you know I’m right.

In the end, it would have been better to return home. I could have avoided the worst sex ever. I didn’t have anything to compare it to, but I was convinced it couldn’t get worse than Scott Stevens. Doing him ranked somewhere up there with stabbing a vampire to death.

Schools ought to hire me to preach abstinence.

“Hey guys, don’t do it. It sucks—unless you meet a nice vampire because he probably knows what he’s doing and I bet he does it really well. Plus you won’t get pregnant or any STD’s. Remember, don’t take him to bed, unless he’s undead.” 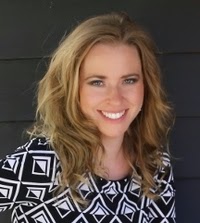 Bookaholic, nature girl, and animal lover. Nikki Jefford is a third generation Alaskan who found paradise in the not-so-tropical San Juan Islands (WA) where she is, once more, neighbors with Canada in a town without a single traffic light.
She married the love of her life, Sebastien, while working as a teaching assistant in France. They reside with their Westie, Cosmo in Friday Harbor.
Loves fictional bad boys and heroines who kick butt.