Hello and happy Monday, everyone! Notice the new look of the blog? What do you think? I have to confess, I'm such a nut about digital scrap book kits. I practically fall in love with everything I see. Crazy, right? Yeah, well, I'm a writer; what do you expect?

Today we're featuring SEEKING SORROW by Zen DiPietro, the first in the Guardians of Terath series. Here's the blurb: 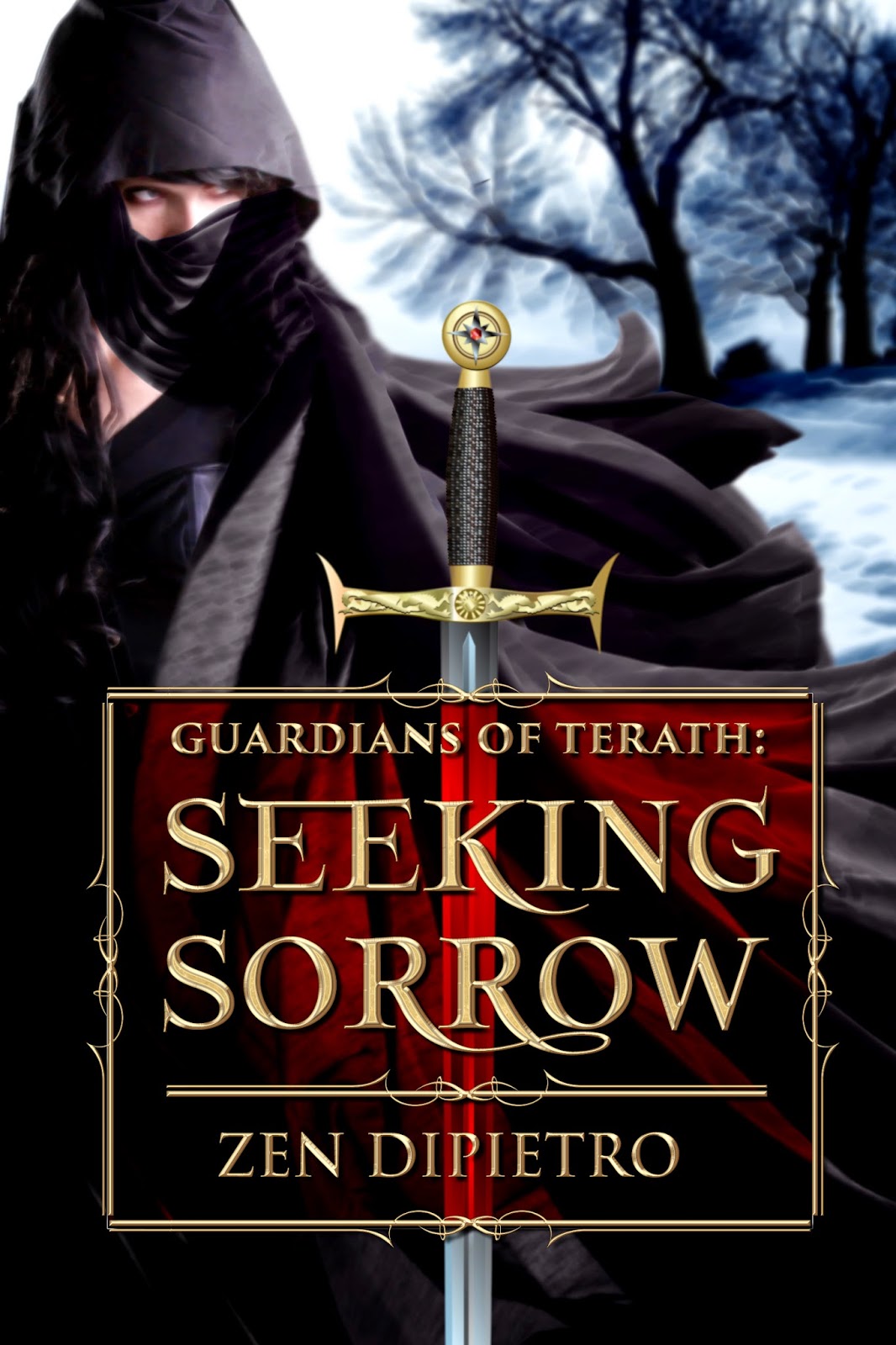 An earth-like world of high-tech humans faces the reality that their world is not as safe as they thought it was. Five people are thrown together to quietly get to the bottom of an unfathomable mana event that must stay quiet. If the population of Terath becomes aware of the truth, it will spark a civil war. That war would pit the majority of the population against the powerful minority with the ability to harness and manipulate mana. The resulting cataclysm would decimate the population and tear apart the foundation of society.

The five people chosen for this must reconsider everything they thought they knew about mana, even as they learn to trust one another’s abilities. They must embrace everything they never wanted in order to prevent the devastation of their world. One of them will be forever changed. Love will be denied, badassery will be unleashed, and Terath will never be the same.

Even success comes at a price.

Being an avid admirer of art, albeit a total failure at creating it, Will was pleased to spend his morning perusing the offerings. Examining the artwork in the gallery hall relieved his mind momentarily of the burdens he carried. He was admiring a particularly intriguing sculpture of a nude male holding a ladder when the back of his neck prickled. He sensed someone standing directly behind him, and he immediately felt uncomfortable and alert. He focused on the sculpture and sidestepped around the display, under the guise of examining the art from another perspective. He adjusted his stance to allow him to see the newcomer in his peripheral vision.

Fine, light blue hair grazed the woman’s jawline in a blunt bob. The unusual shade was surprisingly well-suited to her whiskey-colored eyes and lightly tanned complexion. She was a good bit shorter than he was, and in her mid-twenties, he estimated. She wore a long, casual dress that did not shy away from the curves underneath. His appraisal skidded to a stop when he noticed her wide mouth curving into an even wider smile. Like his own, her gaze remained on the artwork, but she nonetheless had realized that he was studying her. And she apparently found it amusing.

He straightened and began to move toward another art display.

He really didn’t want to talk to her but didn’t want to be rude. Will re-oriented himself back toward her and the art. “I do. The lines are fluid but convey a great deal of energy. I have to wonder about his plan for the ladder.”

Her enthusiastic nod sent her hair swinging gently. “Yes, energy. Male energy. This piece has definite appeal for anyone who enjoys nudes of men, as you do.”

He nodded politely, then froze when he considered the potential subtext of her words. He didn’t care for the familiarity she’d assumed.

He looked straight into her eyes for the first time, and her smile grew wide again. As he struggled for a proper response, she chuckled.

“Never mind. It’s nice to meet you, Will Azrith. I’m Izzy Gin, your reader for this adventure.” 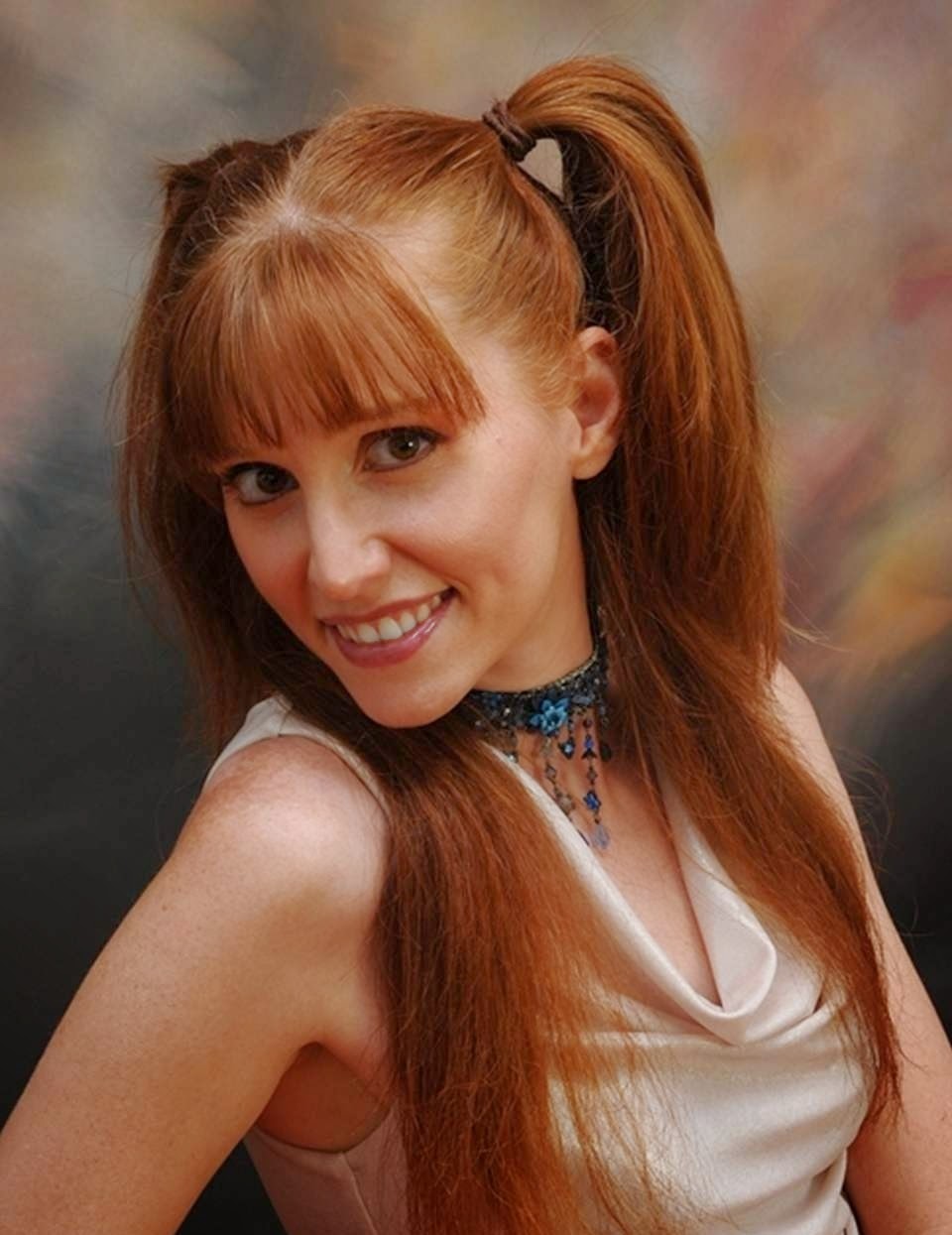 Zen DiPietro is a lifelong bookworm, a fantasy/sci-fi writer, a dancer, and a mom of two. Also red-haired, left-handed, and a vegetarian geek. Absolutely terrible at conforming. Particular loves include badass heroines, Star Trek, British accents, baba ganoush, and the smell of Band-Aids. Writing reviews, author interviews, and fun stuff at www.womenofbadassery.com. Very active on Facebook, Twitter, and Pinterest.

Thank you for hosting me. I love your new look! :)

Thanks for being on the blog! :)