First, a little about her book. 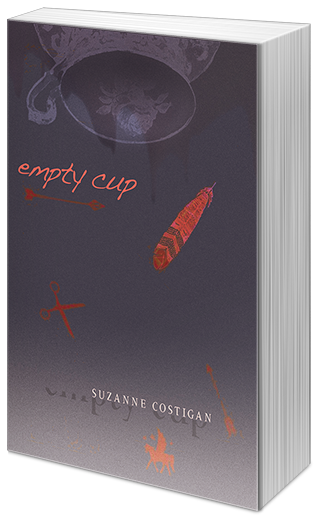 On the night of her seventeenth birthday, Raven finds out he isn’t just creepy, he’s dangerous. He leaves Raven broken and bleeding, but Mom blames her for what happened. She kicks Raven out of the house with nothing but a blanket to protect her from a frigid winter night.

As Raven struggles with the aftermath of the ultimate betrayal, she seeks solace in her imagination and a teacher who seems to understand her situation. She ultimately discovers that her world won’t change if she relies upon someone else to do it. Real change begins within.


“…Sure to prompt reflection and provocative discussions on important issues.”
-Allan Stratton, author of Leslie’s Journal

“Not an easy story, but an important one. Compelling, powerful, and engaging.”
-Eric Walters, author of Power Play.

Suzanne has shared with us ten things we don't know about her. Check it out.


10 Things You Don't Know About Me
by Suzanne Costigan

1) I travelled to India with my sister and parents for five weeks when I was 10 years old. I have seen and touched the Taj Mahal. I've stood in the spot where the Bay of Bengal, Indian Ocean and Arabian Sea come together. I've seen mind-blowing hand-carved stone and marble architecture. 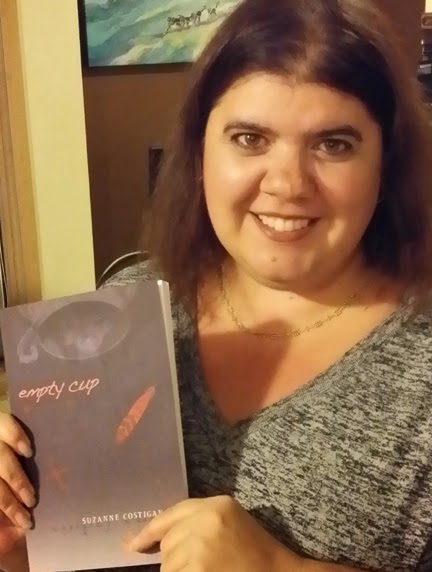 2) I have a full house: two of my own children, three foster children, one boyfriend who acts like a child, two dogs and five cats. You can see pictures of (most) of them on my blog, Living Lunacy
(suzannecostigan.com) (foster children are kept anonymous for obvious reasons).

3) I have two tattoos, and plans for more. I love tattoos.

4) Horror movies used to give me extreme nightmares and sleepless nights. Until I watched the remake of The Hills have Eyes. It did not freak me out. Not sure how, or why, but ever since then I can watch pretty much any horror movie with no issues. I prefer horror movies with a story line, and love psychological thrillers.

5) I use a treadmill desk. I can work at my treadmill desk, however, I have difficulty being creative while walking. So I outline and write first drafts with butt in chair (or in bed!). I am able to edit while walking though. So many people ask, "How do you run and type?" You don't. You walk s-l-o-w-l-y at about one mile per hour. It is very do-able. The idea is that you're moving and not stationary.

6) I recently went to a Winnipeg Jets hockey game and am now a real Jets fan. As NHL tickets are quite expensive, I watch the games on TV and love it. #gojetsgo :D The whole family has joined me in this new obsession and we all watch the games together.

7) I have an "addiction" to movie theatre popcorn. I love going to the movies and, occasionally, have been known to seek out a movie to go to because I'm craving the popcorn! So many good movies coming out in 2015 - it's going to be a fantastic summer!

8) I'm left handed and proud of it. Actually, anything one handed, I do with my left. Anything two handed (golfing, swinging a bat) I do like a right handed person would do. And scissors are weird - I use right handed scissors, but in my left hand. Hey - whatever works!

9) I viewed New York from the top of the World Trade Centre twice before 9/11. I visited the French Quarter in New Orleans before Hurricane Katrina. This makes me appreciative and sad.

10) I love amusement park rides and finally in 2014 took a dream trip with my two kids to Disney World and Universal Studios. The best roller coaster I've been on is The Hulk at Universal Studios, Orlando, Florida.
a Rafflecopter giveaway

Hi Dorothy! Thank you for being a tour host for Empty Cup. :)

Hmmm...so did you see Les Miz with me because of the movie or the popcorn? Fun and interesting post!
Great book!