Eep! It's that time of year again! Time for the Fall 2015 YA Scavenger Hunt! For fans of the Call Me Grim series, I'm so excited to reveal the cover for the next book in the series, Death Becomes Me, which releases in November! But you won't find it here... You'll have to HUNT for it! :-D Also, don't forget to enter the extra contest at the end of this post! 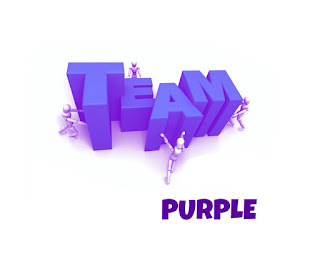 Before we jump into the fun, here's a bit about YASH. This bi-annual event was first organized by author Colleen Houck as a way to give readers a chance to gain access to exclusive bonus material from their favorite authors...and a chance to win some awesome prizes! At this hunt, you not only get access to exclusive content from each author, you also get a clue for the hunt. Add up the clues, and you can enter for our prize--one lucky winner will receive one signed book from each author on the hunt in my team! But play fast: this contest (and all the exclusive bonus material) will only be online for 72 hours! 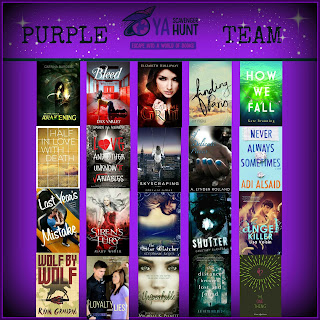 Go to the YA Scavenger Hunt page to find out all about the hunt. There are EIGHT contests going on simultaneously, and you can enter one or all! I am a part of the PURPLE TEAM--but there is also a red team, a gold team, an orange team, a green team, a blue team, a pink team, and a teal team for a chance to win a whole different set of signed books!

If you'd like to find out more about the hunt, see links to all the authors participating, and to see the full list of prizes up for grabs, go to the YA Scavenger Hunt page.

Directions: Somewhere below, you'll notice I've listed my favorite number. Collect the favorite numbers of all the authors on the PURPLE team, and add them up (don't worry, you can use a calculator!).

Entry Form: Once you've added up all the numbers, make sure you fill out the form here to officially qualify for the grand prize. Only entries that have the correct number will qualify.

Rules: Open internationally, anyone below the age of 18 should have a parent or guardian's permission to enter. To be eligible for the grand prize, you must submit the completed entry form by DATE, at noon Pacific Time. Entries sent without the correct number or without contact information will not be considered. 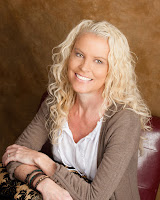 Today, I'm hosting Marci Lyn Curtis for the YA Scavenger Hunt! Her debut novel, THE ONE THING, just released last month and it sounds amazing!

Marci Lyn Curtis grew up in Northern California, where she went to college and met an amazing guy in a military uniform. Two college-aged kids and one dachshund later, she lives in Maryland, where she laughs too loudly and eats peanut butter off spoons. Her YA contemporary debut, The One Thing, released September 8th, 2015, via Disney-Hyperion.

Find out more information by checking out her website or find more about the THE ONE THING here! 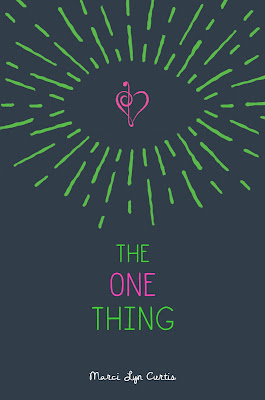 Maggie Sanders might be blind, but she won't invite anyone to her pity party. Ever since losing her sight six months ago, Maggie's rebellious streak has taken on a life of its own, culminating with an elaborate school prank. Maggie called it genius. The judge called it illegal.

Now Maggie has a probation officer. But she isn't interested in rehabilitation, not when she's still mourning the loss of her professional-soccer dreams, and furious at her so-called friends, who lost interest in her as soon as she could no longer lead the team to victory.

Then Maggie's whole world is turned upside down. Somehow, incredibly, she can see again. But only one person: Ben, a precocious ten-year-old unlike anyone she's ever met. Ben's life isn't easy, but he doesn't see limits, only possibilities. After awhile, Maggie starts to realize that losing her sight doesn't have to mean losing everything she dreamed of. Even if what she's currently dreaming of is Mason Milton, the infuriatingly attractive lead singer of Maggie's new favorite band, who just happens to be Ben's brother.

But when she learns the real reason she can see Ben, Maggie must find the courage to face a once-unimaginable future...before she loses everything she has grown to love.


And don't forget to enter the contest for a chance to win a ton of signed books by me, Marci Lyn Curtis, and more! To enter, you need to know that I have 12 Halloween spooks floating around my house. Add those spooks to the rest and you'll have the secret code to enter for the grand prize!

Ready to move along? Onward and upward to Ryan Graudin!

I love Ya Scavenger Hunts thanks for being involved

I'm looking forward to finding new books to read... and to winning some stuff, of course!

I'm looking forward to adding a bunch of new books to my TBR pile. And hopefully winning things! :)

I love seeing ... NUMBERS! Just kidding - it's fantastic to discover many new to me authors and to meet some old favorites too!

Definitely to find some new authors/books but also those I already know - I'm actually so glad you're featuring Marci Lyn Curtis! I loved 'The One Thing' so, so much! :D

I am most excited about the extra content from books that i've already read and loved :)

The most exciting thing is discovering new books!

The most exciting thing is the chance to win free, signed (!!!) books :D

This book, THE ONE THING, is every bit as entertaining and fun as that deleted scene up there. READ THIS BOOK, PEOPLE, OR I'LL SEND MY DRAGONS AFTER YOU!

I'm most excited about finding new authors with amazing new books! It's just as fun every time I participate in YASH, because every time I find a new favorite!

Thank you for hosting an extra-giveaway! :)

I'm excited to read some original ideas in the paranormal genre!

I'm excited to discover so many new brilliant books!

The exclusive content is my favorite! So many cool things I wouldn't be able to see/read otherwise!

I would love to see new authors on the hunt this year - I love to add to my to read list!

Thanks so much for participating in the scavenger hunt! I am having so much fun. Can't wait to read your work :)

I'm most looking forward to winning some great prizes. (I hope!)

authors that don't "hide" their #s and make it difficult

I love seeing all the sneak peeks of books that haven't been released yet--books I'm DYING to read! SO exciting :)

I love all of the sneak peeks and extra content and also all the new authors that are joined this year.

It would be really awesome if I win even just one book! :)

I have been in a book funk, so hoping I will discover new authors/books that can get me out of it ;)

I'm excited by it all! Authors new and familiar to me, extra interesting material, wide variety of books. I'm a happy one-clicker :)

I'm most excited to see all the books and the bonus content! It's all very cool!

I was most excited to see an author who I have the first book from and just discovered has 3 more books out!