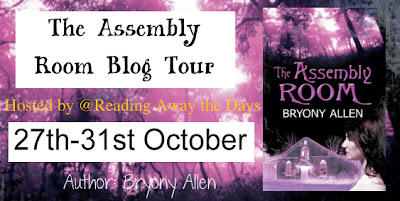 Happy Monday, everyone! Has everyone got that fall feeling? That Halloween feeling? Well, I've got an interview that fits right in. Today we're talking with author Bryony Allen about her novel, THE ASSEMBLY ROOM. 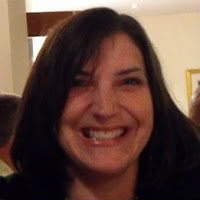 Bryony Allen was born in Enfield (UK) in 1968, but spent her formative years in the North East. She returned to the South of the country to study for a degree in English and Drama followed by teacher training in Cambridge. Now settled in Suffolk with her husband and four children her hobbies include reading, writing and supporting her local football team, Ipswich Town.

Welcome to We Do Write, Bryony. How long have you been writing?


I have been writing since I was a child. I won a competition for essay writing when I was 10ish, and I have written on and off ever since. However, I only got into writing novels about 6 years ago following a traumatic Ofsted experience at school that I needed to exorcise.

Tell us about THE ASSEMBLY ROOM. What’s the story about? 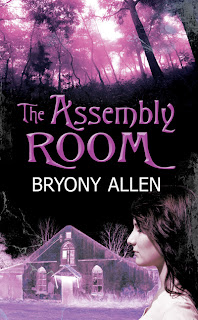 Witches! Not the glamorous, ‘Twilight’-style witches, who are beautiful and have wild adventures with other fantasy figures. Instead these are the so-called witches from the mediaeval times – ordinary women and men who were accused of witchcraft, then tried, all under the guise of cleansing an evil society already corrupted by war. This book shows some of the torture endured by these witches through the eyes of a modern teenage girl who just happens to be related to a witch-finder. There’s a good pinch of real life and teen romance in there too.


How did the idea of the story come to you?

The inspiration came from a building that is in the village where my Mum lives. It is right on the main road and is really creepy. It is called ‘The Assembly Room’ and is in a state of near dereliction. It looks like it should be haunted, and I just felt as though there was a story lurking in the darkness waiting to be told. I can’t actually remember why I got interested in the witch angle. It may have been a trip to a museum in Bury St Edmunds where there is a display on witchcraft, including the remains of a cat that had been bricked up alive behind a wall. That used to be a superstition for keeping witches out of houses in the 1600s.


Do you have a critique group/partner or beta readers, or do you self-edit?

Only my husband and children! I do my own editing, though I have used sites such as ‘YouWriteOn’ and ‘Goodreads’ in the past to get independent feedback. Sites like that are brilliant.


Are you a planner or a pantser?

I start off with some sort of plan, but it often falls off into the pants league. Once my characters start to develop lives of their own, I often change my mind about what is going to happen to them.

Apart from finding the time – which is the biggest battle of them all – it must be getting the subsequent feedback. There is nothing more demoralising than pouring your innermost everythings into a story only for someone to slate it.

Something to eat or drink! Sometimes I like to have music playing, but I find that the mood of the music influences my writing. Ballads will make it more soppy, and rock music makes it pacier.

The power of foresight! You know that old thing about, ‘If only I’d known earlier…’
If I can’t have that, then how about the power to freeze time – temporarily, at least – just so I can fit more writing around work and being a Mum.

Probably a search for props for a school play – blow up guitars and stuff like that.


Quick writing test! Use the following words in a sentence: snakes,
point, and concurrently.


In their synchronised swimming practice, the snakes unsuccessfully attempted to point their tails in the air concurrently.


Finish this sentence: If I'm not writing, I'm probably ...


Here’s the part where you thank the people who are supporting you.
Let's hear your shout outs.


Thanks to my publishers, Pneuma Springs, my husband for all his tech work and promotion, my kids for being there, Mr Mowles from Hitcham for letting me write about his incredibly spooky building and all my amazing readers who make it all worthwhile.


And finally, where can people find you and your book online?

On my website: www.bryonyallen.co.uk.
The book is available on Amazon, from my publishers Pneuma Springs, Kobo, Waterstones online, The Book Depository, Tesco e-books and many many more.
You can also find me teaching at a middle school in Stowmarket, Suffolk, England!

Posted by Dorothy Dreyer at 1:28 pm
Email ThisBlogThis!Share to TwitterShare to FacebookShare to Pinterest
Labels: Bryony Allen, The Assembly Room, witches, YA Paranormal