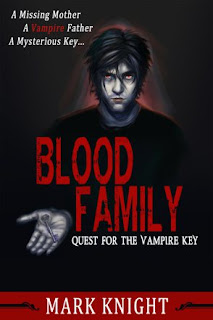 Life as part of a debt-free, middle-class family in the New England suburbs should have been heaven.
But when your father is a Man of God and you’re a vampire, it sure can be hell.
Until the age of seventeen, Daniel Dark had no idea of his true origins. Something was ulcerating deep inside him, striving to claw its way free. Pastor Nathan Dark and his wife, Annie, had adopted him and brought him up as their own. But Daniel always felt that there was a secret they feared tell him…
Everything changes the day a mysterious package arrives at his home. It contains blood – human blood. It is a message from his true father – a vampire named Dominus. Daniel’s vampire half awakens and takes its first step out of the shadows. Vampires, Daniel learns, are not like in the movies. They’re worse, much worse, and cannot be killed by sunlight or stakes.
The once lazy, goalless youth transforms into sharp-sensed killer. Now, there is no turning back. On his trail is Pastor Nathan Dark, obsessed with destroying the boy he’d adopted as his own...
Armed with ever-evolving powers, Daniel sets off to find and free his birth mother, imprisoned by Dominus since the day of his birth.
It is a journey that takes Daniel to Mexico and the mysterious Mayan shaman woman, Xochil, guardian of Vampire secrets. From there the trail leads to misty moors of southern England, where he joins forces with Logan DuPris, a vampire hunter as attractive as she is deadly. Together they piece together the weird clues that lead to...
The Vampire Key 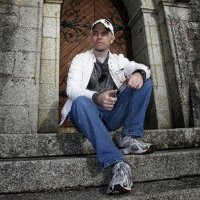 Mark Knight grew up in Massachusetts, USA. Settling in the UK, Mark continued to write novels of differing genres, including horror and television scripts. Mark has worked on scripts for Hollywood’s Little Slices of Death production company and one for Illusion Studios, for which he has recently signed an Option Acquisition Agreement. He also won several short story competitions, and has had his work featured in published anthologies. Mark concentrates now on Young Adult urban fantasy novels.

Another great interview and that cover is really cool.