We're very pleased about having the next author on the blog. Heather L Reid is the author of PRETTY DARK NOTHING, which released April 23rd by Month9Books and is already receiving great reviews. Let's get to know Heather.

Hi, Heather! Welcome to We Do Write. Tell us a bit about yourself. How long have you been writing? 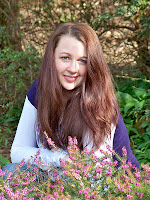 I’ve been writing ever since I can remember. At the age of four I started dictating stories to my mother who would illustrate them for me. By the age of nine, I was writing plays for friends and binding my own picture books with cardboard and string. At eleven I tried my hand at a first novel. (No, you can’t read it. It’s buried in a deep dark hole somewhere in the Tasmanian Outback and guarded by a three-headed dingo.) It was then I told my parents I wanted to be published by the age of sixteen. I also told them I wanted to be Wonder Woman, a Dallas Cowboy cheerleader, a Broadway star, and an archaeologist. Those dreams faded. I never did get that invisible jet, and I would be a lot older than sixteen before I got a publishing deal, but the dream of being a writer stayed with me. After college I decided to stop dreaming and start getting serious. I joined the Society of Children’s book Writers and Illustrators, joined a writer’s group, read books on writing, went to conferences, workshops, and most importantly, I started writing every day. Some of it was crap. Ok, at first, a lot of it was crap, but writing takes work. After over twelve years of studying and writing, my first young adult novel, Pretty Dark Nothing, sold in a two book deal to Month9Books. It’s been an amazing journey and I’m still learning. I write because I have to. It’s a part of what makes me, me. 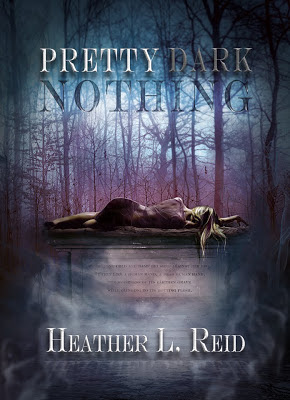 The cover of PRETTY DARK NOTHING is spectacular! What’s the story about?

Thank you. I LOVE the cover. My publisher and the designer, Mette Breth Klausen, did an amazing job. It’s even better than I pictured it in my head.

Pretty Dark Nothing is full of demons, and I don’t mean the hot fallen angel, bad boy types. These demons are the evil, hairy, sulphurous kind, bent on manipulating and destroying Quinn’s life. Throw in some romantic sparks with a psychic amnesic, an ex-boyfriend she can’t quite get over, and suspension from the cheerleading squad for failing grades, all while the demons are pushing her to the brink of madness, and I hope it’s a recipe for something darkly paranormal and not quite typical.

I can't tell you how much I need to get my hands on this book. How did the idea of the story come to you?

I think the spark of inspiration for Pretty Dark Nothing has been brewing my whole life. As a child, I suffered from night terrors and sleep walking. Although I eventually grew out of the sleep walking, the nightmares never went away. I would dream of faceless entities and demons on a reoccurring basis. I spent my pre-teen years trying to rationalize my fear while I spent my nights huddled under my covers with a book and a flash light afraid to fall asleep for fear of what would greet me in my dreams. I kept this a secret from my friends and afraid of what they would think. The dark torture of my imagination lasted through three years of middle school and finally faded. I still don’t think my mother knows how terrified I was of falling asleep and I have no idea why the nightmares stopped, maybe they were my way of coping with the stress of adolescence. I don’t know. When I reached college, I went through a particularly bad time in my life, suffered from depression, illness and the nightmares returned. I wasn’t frightened like I was when I was young; I recognized them for what they were. We all have inner demons we battle, those voices that tell us we’re not good enough, taunt us, paralyze us with fear. That’s when the idea for a novel started to form. I asked myself what would happen if those negative voices, inner demons weren’t imagined. What would happen if they were real and they started to manifest outside the dream world? What if they influenced things around us and what if you were the only one that could see them? That’s when Quinn and the idea for Pretty Dark Nothing was born. I didn’t start writing Pretty Dark Noting right away. I did some character sketches and jotted down some notes while I spent the next several years writing short stories and articles. But Quinn’s story wouldn’t let me go. When I finally decided to give my full attention to her, she blew me away. Quinn and I battled the demons that tortured her together and in the process, she taught me how to battle my own.

It's so awesome that you were able to turn a difficult situation into something creative. Besides your editor, do you have a critique group/partner or beta readers, or do you self-edit?

I mostly self-edit, but I also have two critique partners that I trust and a few beta readers that I let read once I’ve gotten the manuscript to a point where I feel I can’t go any further without feedback.

Panster all the way! I wish I was better at plotting, but it’s not my process. I do know where the book is going, but for me, it’s about letting the story grow organically and listening to my characters as they go on their journey. Knowing every detail takes the fun out of writing for me.

The first draft is the hardest. Because I’m a panster, drafting is slow and sometimes frustrating. I love revising.

I'm a plotter, but I love revising too. What do you absolutely have to have nearby when writing?

My ipod and a cup of green tea.

I would love to be a shifter, to be able to fly or swim or run with the wolves as I wished. The ability to experience life from so many different perspectives would truly be awesome. Imagine the freedom of it. I could still live a somewhat normal life if I wished, neither ruled by the moon like a werewolf or blood lust like a vampire.

The weirdest thing? How to kill an angel.

Quick writing test! Use the following words in a sentence: darkness, suspicious, and gorilla.

A gorilla peered from the darkness of the cave, a suspicious look in her glowing amber eyes as I plucked the last banana from the tree.

I have been truly blessed by the people in my life. There have been so many people who supported me while I chased my dream. First and foremost are my parents. They always encouraged me to work hard and go after what I wanted in life. My sisters, grandparents, aunts, uncles, nieces and nephew have all cheered me on every step of the way. I owe a lot to all my friends, both writer’s and non-writers, who have offered an ear to listen to my struggles and celebrate my victories. My Scottish family, who took me in as one of their own and never once called me crazy, at least not to my face, for spending countless hours in my imaginary world. And to my husband David who believed in me, bought me chocolate, and took care of the house while I worked to deadlines. I also need to thank Month9Books, Georgia McBride, my editor, Courtney Koschel, and the whole team who worked on Pretty Dark Nothing for helping my vision find an audience and for making the publishing experience the best of my life so far.

Heather, thanks so much for being on the blog. We wish you all the best for your books!

Posted by Dorothy Dreyer at 8:16 am
Email ThisBlogThis!Share to TwitterShare to FacebookShare to Pinterest
Labels: demons, Heather L Reid, Month9Books, nightmares, Pretty Dark Nothing, YA Paranormal

Thank you so much for hosting me today Dorothy and Elizabeth! Such a fun interview!

Lovely having you on the blog!

I LOVE this cover! Great interview!

I've loved this cover since the moment I saw it. I'm dying to read the book! I love the sentence Heather created with your words, too, Dorothy. :)

The cover IS gorgeous. And I was just looking at this book on another blog... I have to put it on my list!!

I remember doing the same thing with my mother when I was young :) Great interview and GORGEOUS cover!!

What a great interview! *scampers to add book on Goodreads*

I agree - this cover is very enticing! Nice interview :)

Great interview! Looks like a book to watch for.

Great interview! The cover is fantastic!!

Wonderful you used your childhood demons to create something this beautiful. Night terrors are not fun. Love the cover BTW.

Gorgeous cover!And your use of your childhood demons really is inspiring--gives hope to the many teens who I'm sure are having similar experiences. Good luck with it!