We Do Write is pleased to have Apryl Baker here to discuss her newest novel, THE GHOST FILES, and her writing process.

Thank you for joining us, Apryl. Tell us a bit about yourself. 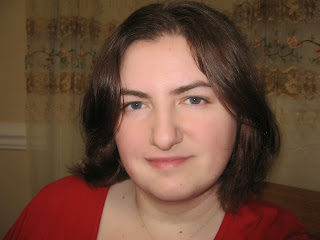 Well, in a nutshell, I’m the crazy girl with an imagination that never shuts up.  Seriously, sometimes I can be mid-sentence and I’ll get an idea and stop talking so I can write it down.  Terribly rude, I know, but my friends and family are used to it!

At least your friends and family are understanding. How long have you been writing?

According to my Dad, since I was old enough to hold a crayon.  He says I used to draw scribbles and then tell him these outrageous stories about those scribbles.  I do remember writing all sorts of scary stories with my friends as the main characters growing up and now I take that outlandish imagination I was blessed with and do my best to entertain people.

Tell us about THE GHOST FILES. What’s the story about? 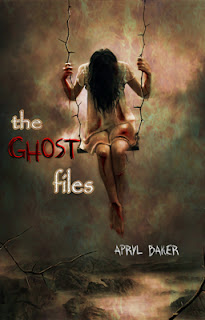 For sixteen year old Mattie Hathaway, this is her normal everyday routine. She’s been able to see ghosts since her mother tried to murder her when she was five years old. No way does she want anyone to know she can talk to spooks. Being a foster kid is hard enough without being labeled a freak too.

Normally, she just ignores the ghosts and they go away. That is until she see’s the ghost of her foster sister… Sally.

Everyone thinks Sally’s just another runaway, but Mattie knows the truth—she’s dead. Murdered. Mattie feels like she has to help Sally, but she can’t do it alone. Against her better judgment, she teams up with a young policeman, Officer Dan, and together they set out to discover the real truth behind Sally’s disappearance.

Only to find out she’s dealing with a much bigger problem, a serial killer, and she may be the next victim…

Will Mattie be able to find out the truth before the killer finds her?

Very cool premise! And, OMG, what an awesome cover! How did the idea of the story come to you?

I was lucky enough to get to know some foster kids.  It took me the better part of a year to get them to open up to me.  They are a breed of kids like no other:  tough as nails, closed off, defensive, supportive of only each other, and so very brave.  They are also heartbreaking.  Some of the stories they told me made me want to cry.  There are tons of great foster homes out there, but there are just as many bad ones.

I have this insane imagination that rears its head at the oddest of times.  I was doing dishes when I saw the strangest thing.  One of the kitchen window curtains was fluttering like a madman.  There was no wind that day and my AC wasn’t on.  I stopped mid wash and just watched it.  My first thought:  a ghost.  Well how do you know it’s a ghost, I asked myself and then I started thinking and Mattie was born.  She became my ghost girl and then I knew it was a perfect opportunity to tell the story of so many foster kids who don’t get those wonderful homes.  I wanted people to see Mattie as the vulnerable girl she was underneath the veil of tough kid.  And I think I did that.

I love that you're main character is a foster kid. I was a foster kid. Lucky for me, I was in one of the good homes, but I know a few that weren't so lucky. Do you have a critique group/partner or beta readers, or do you self-edit? 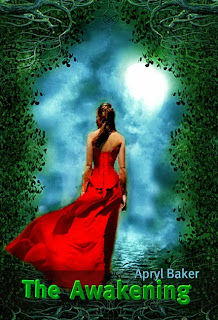 I was extremely lucky enough to be directed to The Next Big Writer.  It is an online writing group for aspiring writers and readers.  You have to be able to take criticism, though.  They will rip your work to shreds.  I cried when I first started getting reviews on my work…lol.  Those people are awesome, though.  They will help you turn your mediocre work into something wonderful and brilliant.

I met my writing group on that site.  They are other YA authors whose work I critique as well.  If you love YA, then you have to check them out.  I don’t know what I’d do without them.
These are my girls:
DelSheree Gladden
Susan Stec
Angela Fristoe
Linda Ulleseit
Margie Redmond or Ceri as we like to call her!

I agree. Crit partners are the best people EVER! Are you a plotter or a pantser?

Definitely a plotter.  I find myself twisting and turning my characters in so many different ways, I think they might eventually turn on me and come find me one dark and stormy night for all the terrible things I’ve done to them! 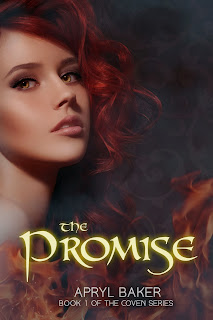 At any given time I am working on a minimum of three books.  Sometimes, I forget what I’m writing and end
up writing Mattie into Cassie’s story.  Cassie is the main character from The Coven series.  You have no idea how frustrating it is to look up three hours later and realize you can’t use a word of what you’ve just written, but I do get some incredible plot twists out of it.

Fall Out Boy playing in the background and a can of Coca Cola.  Two things I have to have when writing.  Fall Out Boy is my all time favorite band (even when they broke up for a little while!) and so many storylines have come out of their music.  In the words of Dean Winchester from Supernatural, “They’re awesome!”
Coca Cola…enough said.

That’s easy!  I would want to be able to be invisible.  I mean, how many times have you absolutely NEEDED to hear what someone was saying…face it girls, we are awful gossips and we listen in on things we shouldn’t! If they can’t see you…all bets are off and you get the dirt!

Quick writing test! Use the following words in a sentence: ghost, filing, and random.

Mattie stepped into the filing room of the morgue and saw a ghost randomly floating above the sleeping orderly, his ghostly hatchet swinging over and over through the poor guy.

There are so many people I owe so much to.
First and foremost, my writing group: Sheree, Ang, Susan, Linda, and Mags.  You guys keep me honest.  Also a huge thanks for Lawrence, who helped with all the CSI stuff for the book.
Family and friends put up with so much nonsense from me while I write. I can completely zone out and they just shake their head and make sure that a plate of food finds its way to my desk.
All the wonderful people at Limitless Publishing who have loved and supported The Ghost Files since they saw it on Wattpad.  The authors at LP are amazing.

My agent, Ricia Mainhardt, for believing in my writing when so many others didn’t!

But mostly, I want to thank all my fans, especially those on Wattpad. The Ghost Files wouldn’t be where it is today without all of you and I appreciate each and every one of you.  Thank you so much from the very bottom of my heart.

Thanks for joining us today, Apryl!

Posted by Elizabeth Holloway at 10:04 am
Email ThisBlogThis!Share to TwitterShare to FacebookShare to Pinterest
Labels: Apryl Baker, interview, The Awakening, The Ghost Files, The Promise, YA Paranormal

I LOVE her book covers. More to add to my reading list! Great interview!

Thanks, ladies, for having me! I appreciate it!

Apryl, I totally feel for you on the frustration of writing more than one book at a time! I've written characters into the wrong books at times :) Great interview, Ladies!!!