Today I have the pleasure of interviewing the awesome PJ Hoover, author of SOLSTICE. PJ is awesome, folks, and here's a great opportunity to learn more about her and her young adult novel.


Welcome to We Do Write! It's a pleasure having you on the blog.


Thank you so much for having me here! It is my pleasure!


Tell us a bit about yourself. How long have you been writing?


I started writing in December of 2004, so it’s been almost nine years now. Which is just crazy and hard to believe! Time is going by so quickly. 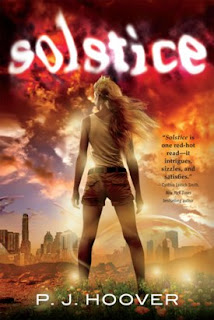 It really does! Tell us about SOLSTICE. What’s the story about?


Solstice is a young adult novel aimed at fans of The Hunger Games and The Lightning Thief. It’s a story set in Austin, Texas in the future when global warming is destroying the earth. Temperatures above 110 are the norm, and food and water are in severe shortage. Amid this dystopic world, a girl named Piper receives a mysterious present on her eighteenth birthday. When she opens it, a world of mythology explodes around her. Her best friend almost dies, Piper has to travel to the Underworld to save her, and yes, there are Greek gods.

Sounds so awesome!  How did the idea of the story come to you?


Well, it came first and foremost from my love of mythology. So many people were writing fairy tale retellings, but as much as I love fairy tales, I didn’t want to jump into that playground. I wanted to hang out in a playground much closer to home. I started thinking about myths. But instead of a retelling, I wanted to write about what came after the myth, and that’s where the idea for Solstice came from.

I love mythology! Do you have a critique group/partner or beta readers, or do you self-edit?

I have two solid critique partners that I send my stories to. Also, my agents are very editorial and give me lots of great feedback. I am definitely someone who benefits from having that extra set of eyes.


When I start a story, I always have some sort of plot. It’s even kind of official, like I write it down and spend time on it and everything. But once I start writing, I love when the actual first draft diverges from the story. That’s when I feel like the magic really starts to happen and the story takes on a life of its own.


I’d have to say the hardest part is slogging through those parts of the story when the writing starts to get hard. That’s the time when I wish the magic elves would come out and write the story for me. When I push myself and get through it, I’m always happy that I’ve done it and happy that it’s written.


And that's great advice for writers: push though! What do you absolutely have to have nearby when writing?


A computer. There is no way I’m a “write by hand” kind of person.


The ability to clone myself. I could really bring to life the term multi-tasking!


It’s funny because I google borderline crazy things all the time, but I actually try to keep them in the realm of normal so they don’t trigger strange Internet flags and start making weird pop-up ads show up everywhere. So I’m careful.


Don't worry. All writers are guilty of this. Quick writing test! Use the following words in a sentence: sunburned, freezing, and peculiar.


You know that peculiar feeling you get when your skin is so sunburned that it’s actually freezing?


There are like a million! Like writers and bloggers and booksellers and librarians and agents and editors and family . . .  Seriously, the list goes on and on. But I summed it up nicely in the acknowledgments section of Solstice.


Thanks so much for taking the time to chat with us, PJ! It's been a pleasure having you on the blog!

Thank you so much for having me here! I hope you have a wonderful fall with some amazing books to read!
Bio: 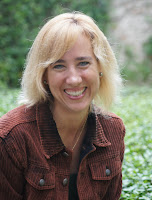 P. J. Hoover first fell in love with Greek mythology in sixth grade thanks to the book Mythology by Edith Hamilton. After a fifteen year bout as an electrical engineer designing computer chips for a living, P. J. decided to take her own stab at mythology and started writing books for kids and teens. When not writing, P. J. spends time with her husband and two kids and enjoys practicing kung fu, solving Rubik's cubes, and watching Star Trek. Her first novel for teens, Solstice (Tor Teen, June 18, 2013), takes place in a global warming future and explores the parallel world of mythology beside our own. Her middle grade novel, Tut (Tor Children's, 2014), tells the story of a young immortal King Tut, who's been stuck in middle school for over 3,000 years and must defeat an ancient enemy with the help of a dorky kid from school, a mysterious Egyptian princess, and a one-eyed cat. For more information about P. J. (Tricia) Hoover, please visit her website www.pjhoover.com.

Thank you for having me here, Dorothy!