It is my pleasure to have Brandon Ax, author of The Light Bringer Saga, here to answer a few questions about his novels and his writing process. 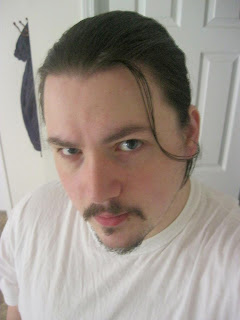 BRANDON AX fell in love with fantasy as child after first devouring the entire Chronicles of Narnia series. Born in New Orleans, his early life was spent moving from state to state all along the south. Developing a love for people and their stories he began to pursue a career as an author. After years of tuning his craft he finished his first novel ELEMENTAL. Living in South Carolina with his wife, two children and three dogs, he spends his days dreaming up new worlds and fascinating characters. Hard at work on his follow up to ELEMENTAL he enjoys the task of molding a story to its completion.

Welcome to We Do Write, Brandon. How long have you been writing?

I started writing when I was 15. I created my own fantasy world and wrote a few stories in it. I guess I got truly serious about it maybe 6 years ago. I really started learning the ropes of how to write and get published.

Tell us about The Light Bringer Saga. What’s the story about? 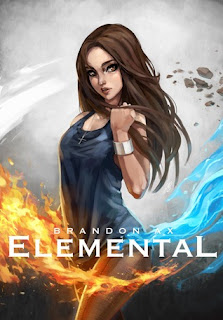 Well I guess it is about a lot of things. On the surface it is about a girl who finds out the monsters in her nightmares may be real and her only hope to fight them is to stand with a group of element wielding demon hunters. Underneath it is a story about a girl who wants to find her place in the world and seeks the answer to the great question—who am I?

That's a great question to explore in YA. How did the idea of the story come to you?

It is funny. I initially had an idea for a comic I wanted to write. It was sort of basic if I'm honest and had to do with people who could control the elements. As I was developing the story Sophia, my MC, came to me. I knew her story was the important one and started working around her to build the series. 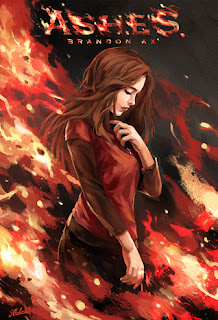 It's awesome when a character really speaks to you. It almost feels like the story writes itself when that happens. Or at least it does for me.

Well I usually write my first draft then do a self-edit. I have two beta readers that have read all of my stuff and are quite diverse in their reading and advice. I recently got a CP and it has been great because they write as well and we can bounce ideas off of each other.

I have recently joked that I fly by the seat of my plans. I like to have an idea of where I am going and points I know I have to hit, but then the stuff in-between is usually generated as I am writing it.

Finding the time. I am a firm believer in "write every day". With two kids and three dogs this get interesting, but I find the time because I have a need to write.

Time is always a hard thing to generate. Especially when you have family and pets to worry about.

Something playing music and a cold drink. I can write anywhere, anytime with those two things.

As a comic book geek this is one I could spend hours on. I mean so many to choose from. I will stay basic for time though. So, super speed, I mean then I could get the house cleaned and kids in school in the blink of an eye and have hours left to write. Plus ten thousands words a minute doesn't sound like a bad plan in itself.

I feel I may disappoint here. Let's see. Visigoth baby names. It was for a book, lol.

Quick writing test! Use the following words in a sentence: elements, public, and reached.

I couldn't be reached for public appearances, since the elements had seen fit to seclude me in my home.

Hanging out with my kids. We love to read together and watch movies.

S.K. Anthony for putting up with my annoying tendencies and remaining my CP. To my wife for all of your support, understanding and insight. Also, to my children for understanding the time I spend writing and believing in me.

Thanks for joining us today, Brandon! And best of luck with your books. They sound fantastic!

Awesome interview!
Super speed sounds like the perfect solution for the busy life of a writer :D

Thank you Elizabeth, it was a great interview to be a part of.

Great interview! I'd chose invisibility because then I couldn't be found when it was time for housework.

Super speed. That would be awesome for LOTS of things!

Thanks for interviewing Brandon. It's great. I'm reading Elemental now and loving it.

great read, thank you for bringing Brandon's talent to your site.

Great to learn more about Brandon. I hear ya, brother. Got 2 kids and one big dog myself, so time is always a hot commodity. :)

Terrific interview! I find having time to write is a huge challenge. It's tough to juggle all of life!

Definitely agree that it's necessary to make time to write. It can be tricky though.