Today we're talking to Leah Lozano about her novel, IMMORTALIS, which is about to head into the submission world.


Welcome to We Do Write, Leah! 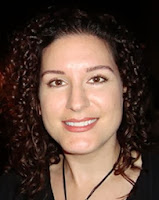 Thank you for having me, Dorothy!

I’ve always enjoyed reading, but I got my first real taste of writing in grade school when my teacher wished to prove a point—that I should be in advanced classes—and had me enter a contest in which I had to write the ending of a story they provided. I took first place; but better than winning the contest or being moved to the advanced classes was the new passion that was awakened within me ... writing!

Tell us about IMMORTALIS. What’s the story about?

Immortalis is a story from the multiverse. Light and Dark were separated, one from the other, creating two individual beings. The two entities have fought since before the emergence of time. Every thousand years they reincarnate, creating mystical creatures of every kind—both known and unknown throughout history—for the sole purpose of building their armies to destroy the other.

The Stars watch, but do not intercede, only hinting at the Prophecies that others will document, and granting wishes to those who truly believe. When a group of Stars grows bored with watching history repeat itself yet again, they begin to meddle, drawing the Immortalis world in. It is here that the realm of legends, Immortalis: The Calling begins....

As she struggles to deal with the loss of the only family she has ever known, twenty-year-old Lina’s strange visions catapult her into the midst of a war on the other end of the universe. Torn between two men—the unnamed, midnight-eyed man who exists solely in her visions, seemingly refusing to follow suit and materialize like her other visions, and Archos, who was sent to protect Lina, but who has his own agenda and makes her intuition scream danger despite his gentlemanly ways—Lina must save herself from a rebel force who believes she is the dangerous answer to their prophecies, find the truth of her own origins and inner strength, and prepare to battle epic forces of evil as she has unwittingly become the center of the Immortalis world.

God only knows! I was reading one day and felt the urge in my core; I wanted to write. I have always been intrigued with the sixth sense, and being in touch with it myself, I thought it would be fun to write about my visions. They come and go much like those that come to Lina in the book. I also knew I wanted to write about something mystical and powerful, something beautiful and dangerous, with an epic struggle of light and dark, good and evil. I continued reading and BAM, the opening paragraph popped into my head. I had to get it down. I began typing and the next thing I knew, I had written the first few chapters!

Yes—gratefully giggles—I have a wonderful support group! In addition to self-editing, my wonderful husband, Willie Lozano, has given me insight to the workings of the male mind as well as being a tremendously good sport about acting out scenes with me! My ‘adopted’ family: Amy and Sharill Markle bounce ideas, scenarios, and impending outcomes about while keeping to a logical order of events (thanks Shazi!) Judy Beatty weaves exquisite beauty with her gift for editing. And equally wonderful are my beta readers: Cristina Del Angel, Angelina Nieto, and Lindsay McConnell. Thank you all for everything!

I’d have to say I’m a panster. I do have an idea and know of the major events I’d like to include, but then I let it flow, and just write.

Actually, the writing part is fun and easy. The hardest part is finding quiet time to write.

After that, it’s the waiting. I’m very patient with others and their goals, helping them where I can, but I’m terrible with waiting when it comes to my own goals. There, my secret’s out! I’m goal-oriented and the toughest part is waiting on others to reach the next step to my goal. I suppose it’s a good way for me to learn patience for myself!

LOL, I think you did. If you could have any super power, what would it be? 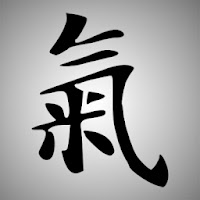 Chi is the super power for me, definitely Chi!

Google is right up there with my tablet. I use it all the time and love it! I’m sure I’ve run across some strange things in my searches, but this is as weird as it gets (for now ;D): dark matter, effects of multiple suns and their cycles, how certain wounds/injuries feel, names of weeds, English slang. But, the most fun searches were when I was trying to create names for my planets: Bulguern, Surraiy, and Pontaire.

Quick writing test! Use the following words in a sentence: mixture, frantic, and circus.

Floating through a divine haziness and drawn to the bizarre mixture of antics—certain this was no ordinary circus—I swallowed the frantic urge to flee and let the surrounding enchantments consume me.

Juggling work and socializing. I work hard, but also enjoy living life to its fullest and that entails spending time with all of the wonderful people around me!

And finally, what's your next step?

Now, it’s time to partner up with a passionate agent who is ready to dive into the Immortalis world with me! I will also be starting edits on book two.

Thank you all for sharing this time with me and for your continued support in this exciting journey!

Posted by Dorothy Dreyer at 8:10 am
Email ThisBlogThis!Share to TwitterShare to FacebookShare to Pinterest
Labels: Immortalis, Leah Lozano, YA/NA Fantasy